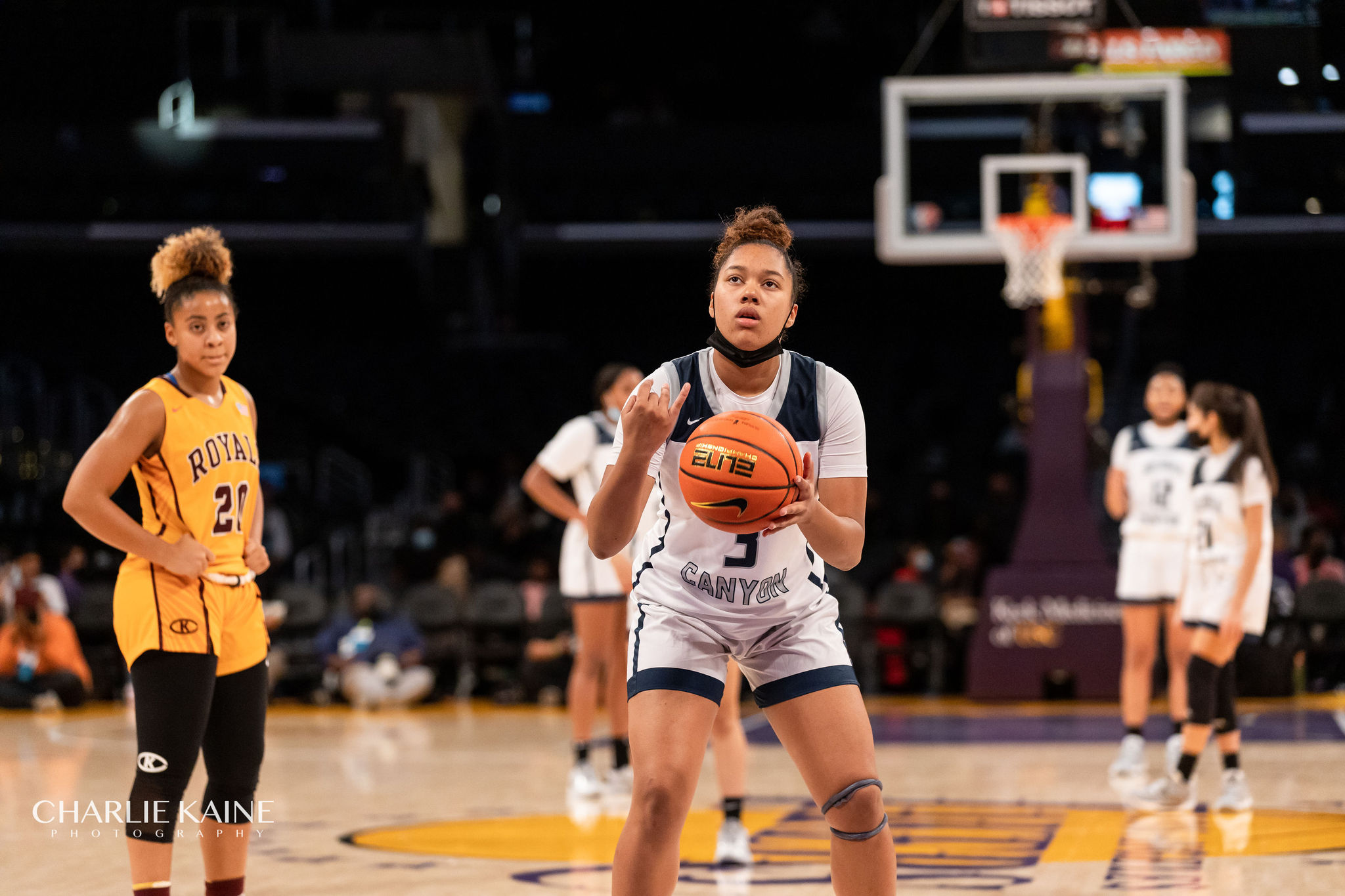 Yet her first year presented some challenges.

Not only did Edwards have to contend with being homesick and away from her family, she also had to quickly adjust to a faster and more athletic American brand of basketball.

“It was really different here than in England,” Edwards said. “The skill level was very different. It took a while to adapt to everything.”

Yet Edwards is beginning to see her decision to come to the States pay dividends.

Edwards brought that Sierra Canyon swagger back to England.

“It speaks volumes on how much she developed at Sierra Canyon,” said Sierra Canyon assistant coach Steve Vear, a former Great Britain U-16 national coach. “She went home and showed people how much she improved this year.”

Edwards represented England at the Four Nations Tournament that serves as a showcase for forming the overall Great Britain national team that will compete at international tournaments over the summer.

“She has a huge shot at making both the 16s and the 18s team this summer,” Vear said.

Edwards helped England top Scotland, 81-42, Ireland 80-65 and tournament host Wales 79-72 in the final. In fact, she hit a 3-pointer in the closing seconds to seal the victory over Wales.

“Because I have been playing basketball in the States, I thought there was going to be a lot of pressure on me, so I wanted to have fun,” said Edwards, who had nine points, 23 rebounds and four assists against Wales. “We did a lot of dancing and singing after we won. We were just being silly.”

Edwards said her mother, father and brother came to Wales to support her. Other family members watched live-streams of the games.

It was a good time to reconnect after spending the school year on her own in the United States, where she had to adjust to a new lifestyle and a different basketball pace.

“A 15-year-old kid away from her parents and younger brother and the time zone difference, it took a toll,” Vear said. “She had problems with her knees because COVID shut everything down in the UK and then she came here with Coach (Alicia) Komaki’s very strenuous practices. And we lost time when the team came down with COVID after our Alaska trip.

“It was a roller coaster season, but we needed her in the state final against Mitty because they were such a big team. And she ended the season well.”

The 6-foot Edwards prides herself on her gritty defense, rebounding and strong passing.

Edwards found her groove in the state final against Mitty, scoring 12 points while providing that physical presence Sierra Canyon needed to close out its state title run.

“I felt more like myself,” Edwards said. “My sleep pattern was the biggest adjustment here. And I lost confidence and was going downhill a bit. But playing here at this level prepares you for a lot of things.

“I felt I made strides. It’s the fact I got into shape and just the people I train with and the people I play against. You can adapt to different situations thrown at you. I got my confidence back at the state final.”