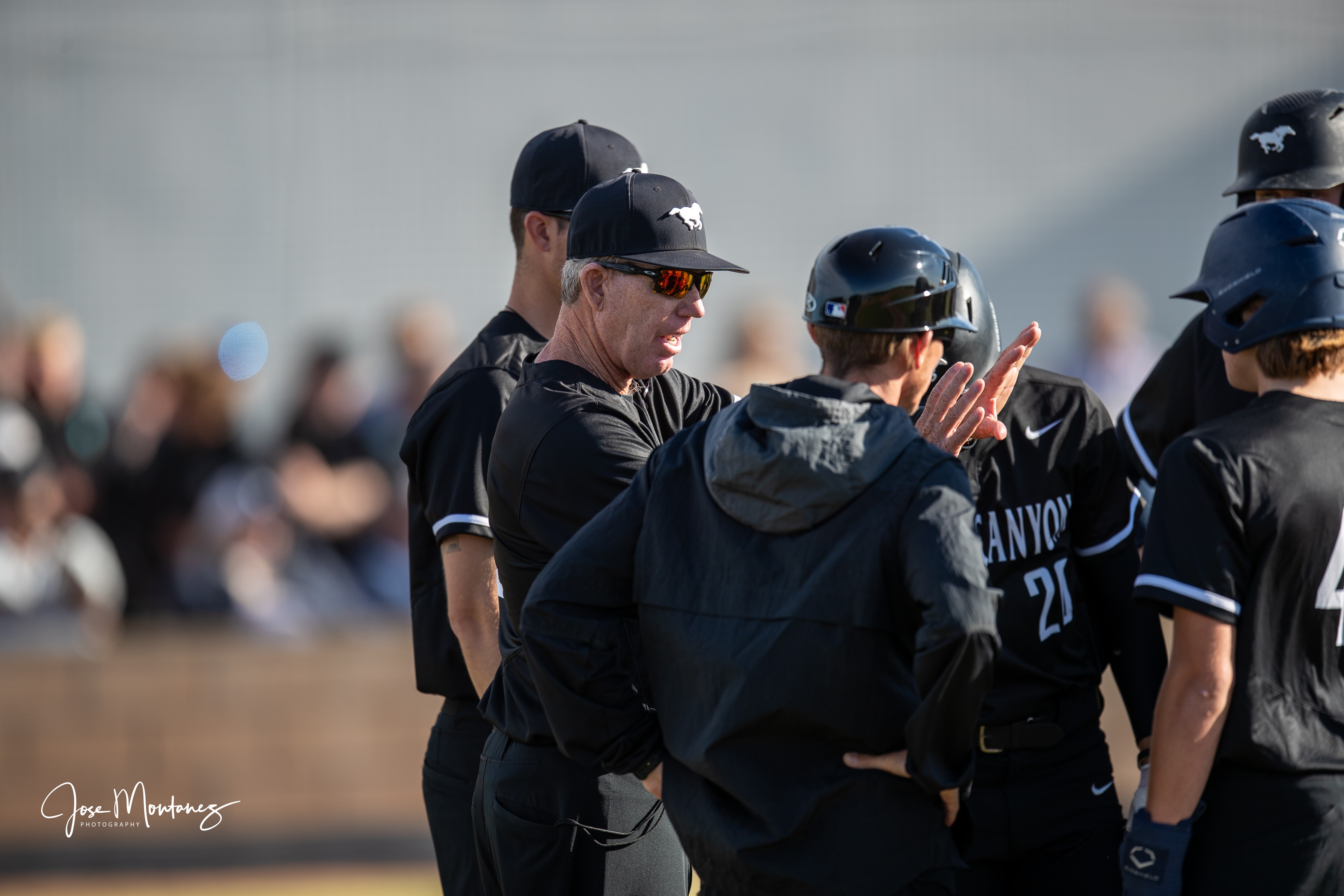 CHATSWORTH, CA. — Sierra Canyon School is pleased to announce the promotion of Tom Meusborn as head coach for baseball.  Meusborn was the Associate Head Baseball coach for the Trailblazers.

Meusborn replaces Jerry Royster, who will retire after playing 15 seasons in Major League Baseball and managing two professional baseball teams.  While at Sierra Canyon, he led the Trailblazers to an overall record of 70-24-1 and two Gold Coast League Championships.

“It was truly an honor and privilege to work alongside Coach Royster.  His unique ability to prepare players, both mentally and physically to compete daily was fun to watch,” said Meusborn.

Meusborn, currently the Associate Head Baseball Coach at Sierra Canyon for the past three seasons brings a wealth of experience and knowledge to Sierra Canyon. Prior to coaching at Sierra Canyon, Meusborn recently coached at Chatsworth High School, where he built a national powerhouse in two separate stints at the school since 1990.

“Sierra Canyon provides all the resources necessary for students to achieve their goals, both in the classroom and on the fields,” Meusborn said.  “I am excited to be the head coach at a school that has such a proud and successful culture.  I cannot wait to get started.”

Meusborn brings lofty credentials to the new position. Teams coached by Meusborn have won 677 games, 22 West Valley League championships and eight L.A. City Section championships. In addition, he has made 16 appearances at Dodger Stadium for championship games. Meusborn’s 2003 and 2004 teams were mythical national champions with a two-year combined record of 68-1.

Next year, the Trailblazers will head into a much more competitive league, the Mission League.  In a league with perennial powers, Harvard-Westlake and Notre Dame, it will certainly raise the bar for the Trailblazers.

“Going into the Mission League gives us a great opportunity to play very good schools on a weekly basis,” Meusborn said.  “The league will help with the growth and development of our program.  We are poised for the challenges ahead of us.”

Meusborn has been instrumental in the development of Major League baseball players Mike Moustakas, Matt Dominguez, Bryan Petersen, Josh Ravin as well as countless others that have gone onto college and professional careers. Moustakas won a World Series championship with the Kansas City Royals.

“I have been admiring Tom and what he accomplished at Chatsworth High ever since I came to California,” Pillsbury said.  “The past three years I have been able to see him up close and personal and have been even more impressed.  I am looking forward to what he can do for us.”