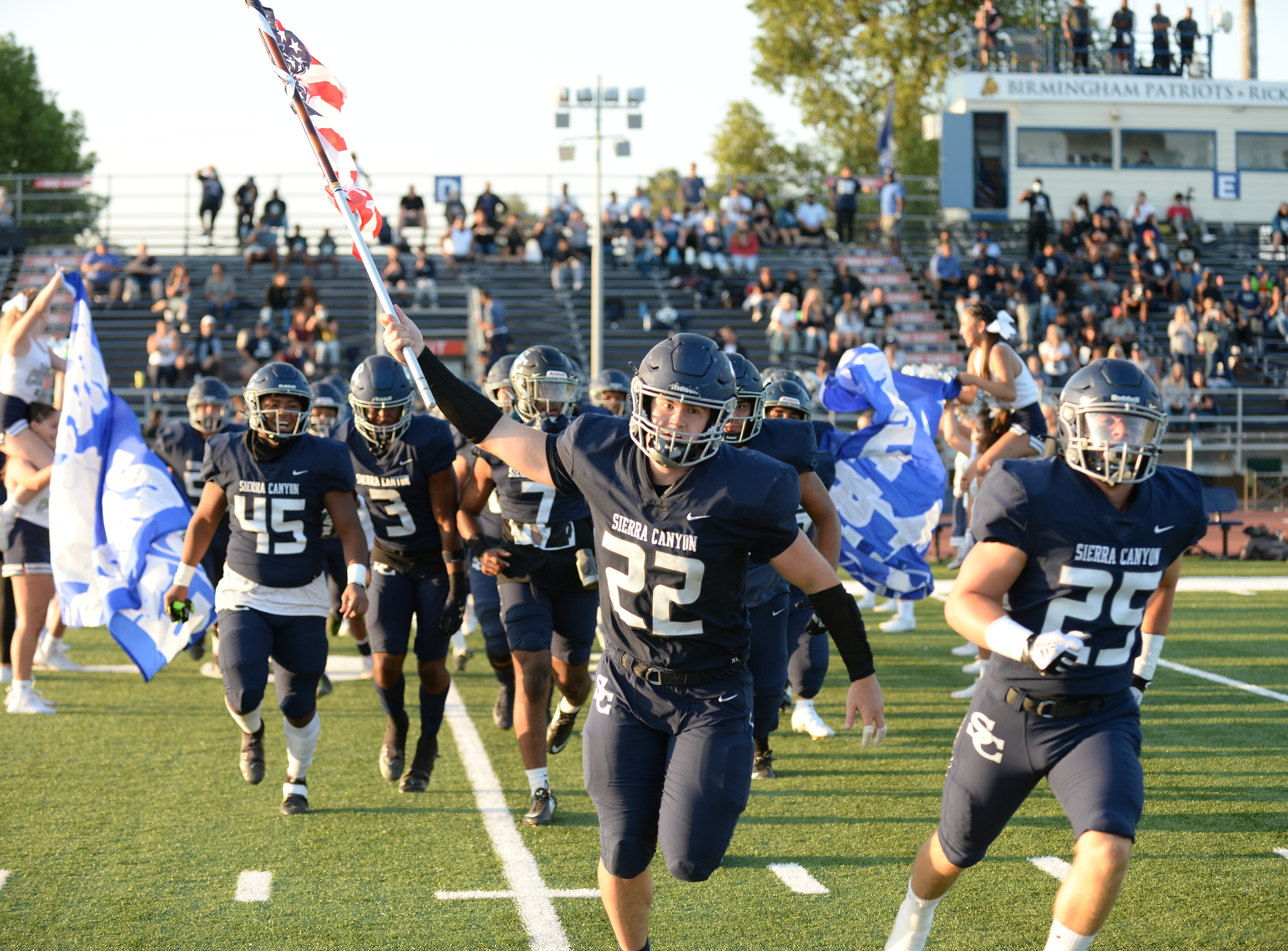 The bar has been set high for Sierra Canyon’s athletic program.

With 12 CIF state championships and 16 CIF Southern Section titles, Sierra Canyon has transformed from a small-school power into a potent athletic behemoth.

The high-profile basketball team is a regular on national broadcasts and continues to take on upper echelon competition. The football and baseball teams continued to thrive against the premier programs in the state.

“There is always a lot of pressure when the goal is to be a national program,” Sierra Canyon Athletic Director Rock Pillsbury said. “Expectations get altered, and you get spoiled.”

Looking back on its 2021-22 season, Sierra Canyon can take pride as it maintained its powerhouse status.

In a year of uncertainty returning from the pandemic, Sierra Canyon began its transition from the Gold Coast League to the Mission League next season.

Though the Sierra Canyon boys programs did not win a state or CIF Southern Section title, it competed at the highest levels.

“We didn’t win as many CIF titles as we normally do, but we were ultra competitive at the highest levels, and that’s what I want as a program,” Pillsbury said.

The move to the Mission League should help boost Sierra Canyon in terms of profile and competition.

It is a move that had been in the works for a long time, and Pillsbury said he is excited about the prospects.

“I think us moving will be like Texas and Oklahoma moving from the Big 12 to the SEC,” Pillsbury said. “We want to thank our friends in the Gold Coast League – we had a good 14 or 15 years together. We are excited to see what the future holds for us in the Mission League.”
The high-profile boys basketball program boasted a pair of McDonald’s All-Americans UCLA-bound Amari Bailey and USC-bound Kijani Wright. That gives Sierra Canyon four McDonald’s All-Americans in its history.

The boys basketball team posted a 26-5 record that advanced to the Southern California Regional finals before falling to eventual state champion Corona Centennial, avenging a CIF Southern Section playoff loss to Harvard-Westlake along the way.

The Trailblazers also made their mark against national competition once again while maintaining a heavy travel load with tournaments or showcases in San Diego, Ft. Worth, Texas, Phoenix, Hawaii, Missouri, Pennsylvania and Chicago.

“We probably traveled too much this year. I’ve learned you are not always going to find the magic every year, but it was still a good season,” Pillsbury said.

The football team continued to impress at a high level, posting a 7-5 record amidst a backbreaking schedule while advancing to the CIF Southern Section semifinals before a wild 42-40 semifinal loss to Orange Lutheran.

Coach Jon Ellinghouse continues to have his program take on some of the state’s top programs.

“Their schedule will actually get a little easier when they move to the Mission League,” Pillsbury said. “We took on all comers, and that’s hard, but they continued to represent us well.”

The baseball team produced a 26-4 record against stiff competition to bring home a league title before suffering a second-round playoff loss to Garden Grove Pacifica.

It was Coach Jerry Royster’s final season with the program. Associate coach Tom Muesborn, the former iconic Chatsworth High baseball coach, will take over a program that is producing blue-chippers and disciplined teams.

Seniors Jaden Noot (LSU commit) and Thomas Kassius (Duke commit) certainly brought a blue-chip presence, drawing hoards of scouts to the games on a regular basis. Both are expected to be early-round draft picks in July’s Major League Baseball Draft.

The lacrosse team took on a tough schedule as well and racked up a 10-5 record before getting a challenging first-round draw against St. Margaret’s.

“Our boys teams beat some good programs during the regular season, and we had some good records,” Pillsbury said.

“The fact that we got this full year in for this year’s seniors was special, especially since they missed their sophomore season due to the pandemic.”