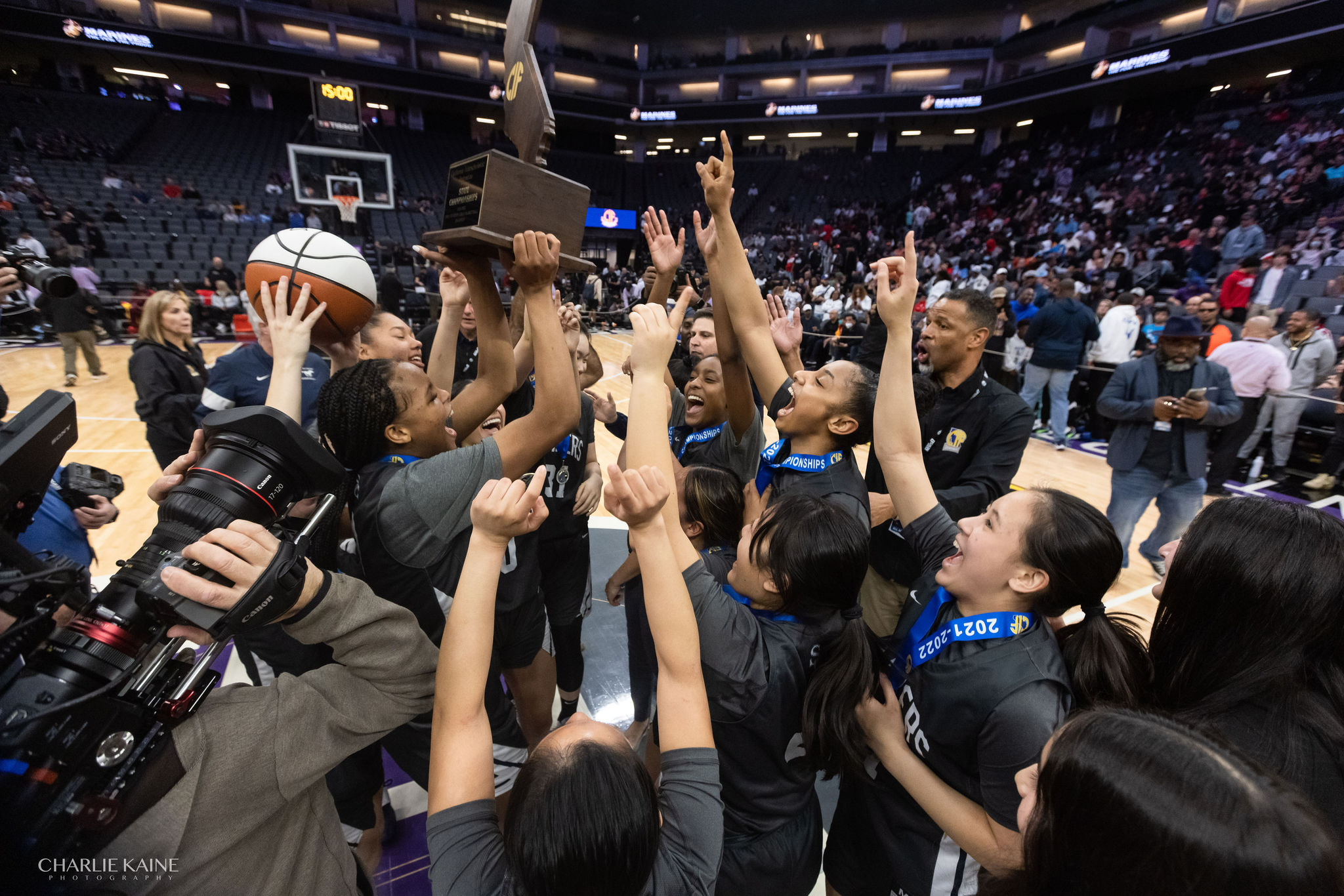 The 2021-22 athletic season might go down as one of the most memorable in Sierra Canyon’s proud history.

It was the return from the pandemic. It was the final hurrah in the Gold Coast League before moving next season to the Mission League.

And it was Sierra Canyon continuing to assert itself as an athletic juggernaut.

“It was nice to be back and in full swing – we missed it,” Sierra Canyon Athletic Director Rock Pillsbury said.

The banner season came from the girls basketball team, which captured the program’s fourth CIF state crown while re-establishing itself as one of the nation’s premier programs.

The storybook season came from the girls soccer team, which claimed the Gold Coast League title and made a stirring run to the CIF Southern Section final in the first year without long-time coach Kristy Walker.

Sierra Canyon, under venerable coach Alicia Komaki, avenged its loss to Etiwanda in the CIF Southern Section Open Division semifinals with a 60-51 victory in the Southern California Regionals, providing a culmination to an impressive story arc.

The girls soccer team produced a 19-4-1 campaign behind Maya Bowens and Viktoria Balvin that included a Gold Coast League title, then it dispatched Highland, 2-0, Westminster, 2-1, Mayfair 1-1 (PK shootout victory) and Arcadia 1-0 before dropping a hard-fought 1-0 decision to Hemet.

“It was great that the girls basketball team was able to come back and beat Etiwanda – that was a great moment for them,” Pillsbury said. “And the girls soccer team was fun to watch. After Coach Walker left, I don’t think anyone expected them to win league and do what they did in the playoffs. It was a great year for them.”

The girls volleyball team extended its Gold Coast League winning streak to 70 matches and posted a 24-8 record before running into Mater Dei in the second round of the CIF playoffs and Harvard-Westlake in the Southern California Regional final.

The softball team put together a 15-5 record and won a league title before dropping a first-round playoff decision to a tough Sunny Hills squad. Sophomores Hailey Shuler and Izzy Mertes are building a strong foundation for the softball team.

Diaz capped a storied cross country career by placing 10th at the CIF State finals to earn all-state honors and then capturing the CIF Southern Section Division 4 girls title in the 800 meters at 2 minutes and 15.47 seconds.

“That was a nice way to cap her career,” Pillsbury said.

Pillsbury credited Associate Athletic Director Katie Hanks for handling COVID testing for the athletes throughout the year and making sure Sierra Canyon athletes were eligible to compete this season.

“She did a great job testing the athletes all year,” Pillsibury said. “The testing was rigorous, and we appreciate her efforts. She was like our nurse out there.”