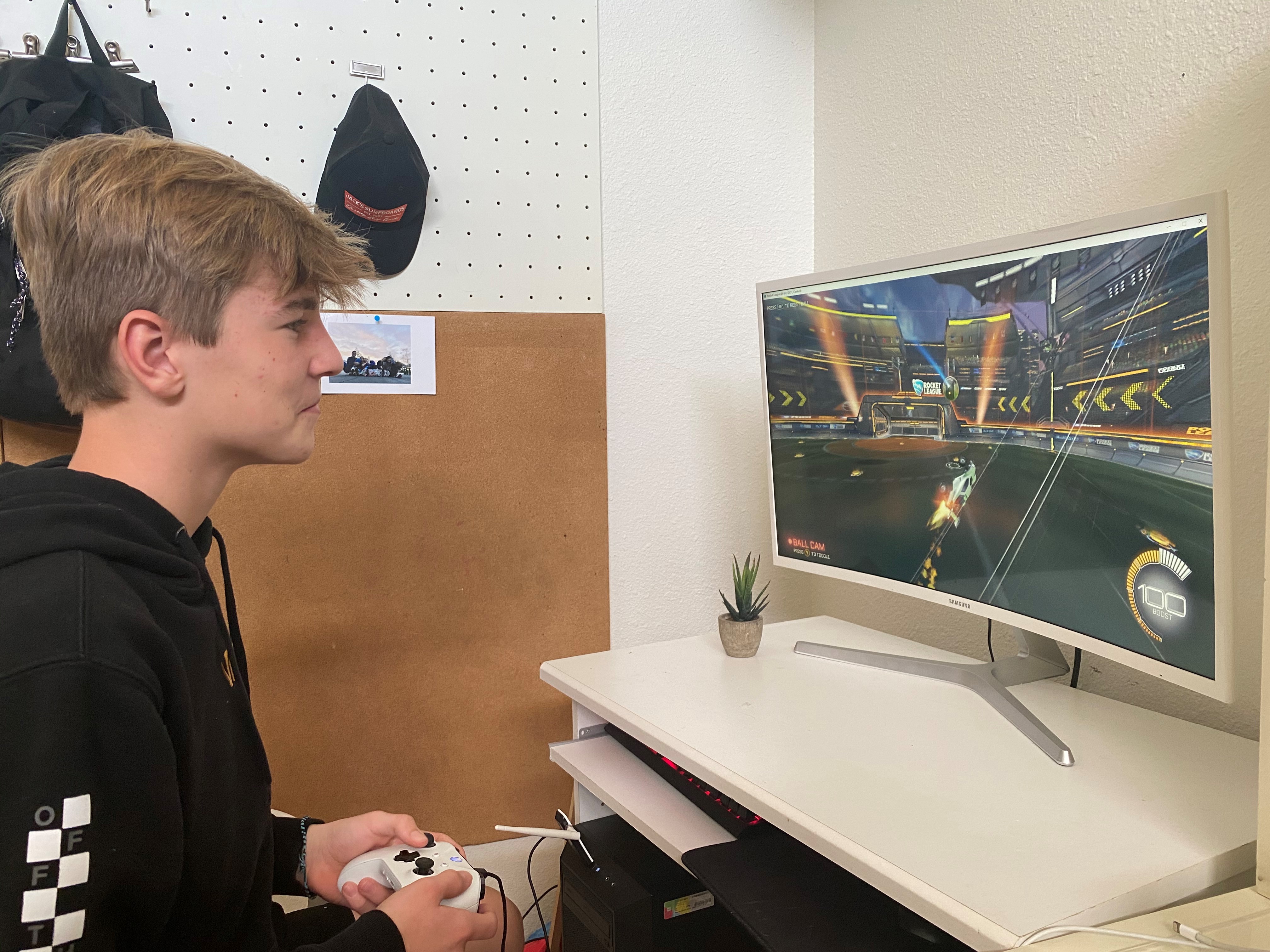 It was a dramatic departure from last season when Sierra Canyon steamrolled its opponents en route to the state semifinals to become a sort of on-campus phenomenon.

The season was delayed. Sierra Canyon’s once-robust roster of 17 competitors shrank to three. Its high-tech multi-media room that became a go-to destination on game days became off limits, forcing team members to compete from home.

“It really hit our numbers,” Martinez said. “The room is definitely an attraction. I think everyone liked being together and being with their friends. There was an atmosphere. The players had swag. They even wore polos, and teachers and students would come support the team.

“Our players felt like they were part of a team. Now it is almost like they are independent contractors.”

Sierra Canyon, a top-three team in the state last season, is ranked No. 13 out of 65 teams despite being down to just one Rocket League team. It had beaten La Jolla Country Day in its season opener.

“It was very, very close,” Martinez said. “We want to be competitive and we want to compete with the best, and even with COVID, we are continuing to do that this year.”

Sierra Canyon will compete against Schurr in its next match on Thursday as it ramps up for the playoffs that begin on Dec. 9.

Martinez said Los Alamitos and Bishop O’Dowd are the state favorites this season, but he said he expects Mater Dei and Sierra Canyon to vault several teams because both are battle-tested.

“Some of the teams ranked ahead of us have not faced stiff competition yet,” Martinez said.

Martinez also earned a distinction of becoming a recognized “expert coach” by the eSports community.

Martinez and co-coach Julie Ahring helped ensure the eSports team remained engaged despite the pandemic with Zoom call meetings or phone calls while keeping them on track for the season despite the delays and the adjustments.

“Julie and I work well together. She’s kind of like the team manager and I am like the general manager,” Martinez said. “We stayed in constant contact with the players and burned the midnight oil to make sure everyone knew what was going on.”

Martinez said he hopes to restore some of the lost numbers by the spring season.

“I feel comfortable with where the team stands in competition,” Martinez said. “And two of our guys are lacrosse players as well, Sierra Canyon athletes. I hope it shows that it it is not too time consuming and that they can do this too.”