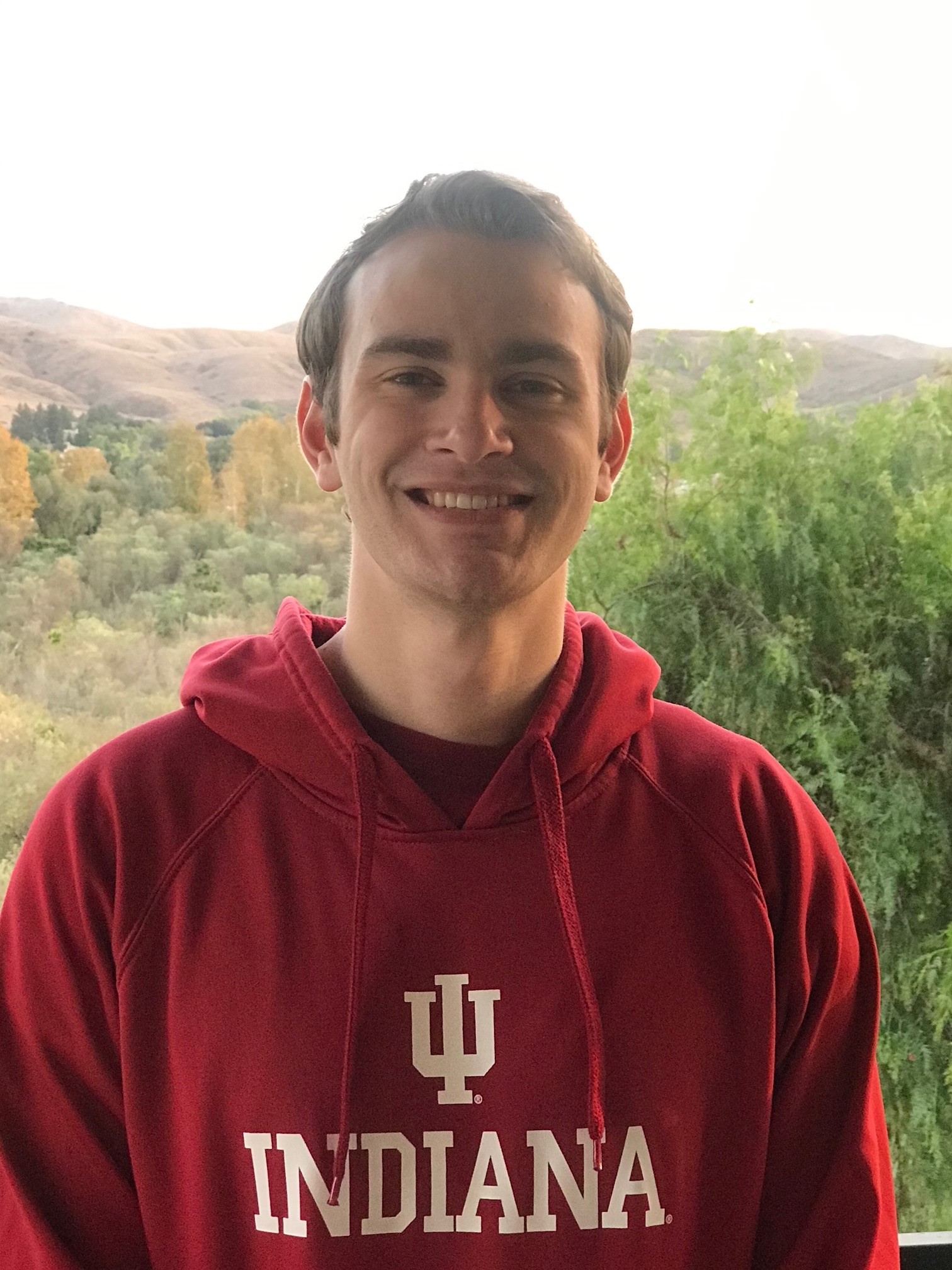 Student broadcaster Zak Ibrahim had envisioned this moment for a long time, practicing it over and over in his head.

In the midst of a Sierra Canyon basketball game in his senior season, Ibrahim channelled his inner Ralph Lawler and Bob Costas and delivered the line that he had carefully crafted.

“Stanley lets it fly, and he dots the ‘I,’ ” Ibrahim exclaimed as Cassius Stanley sank a 3-pointer.

A catchphrase was born. And perhaps a promising broadcasting career.

Ibrahim has forged a burgeoning broadcasting background that started at Sierra Canyon and continues at Indiana University, a nirvana for a basketball aficionado like Ibrahim.

It is another example of a Sierra Canyon student excelling at the college level.

Like he did at Sierra Canyon, Ibrahim is jumping on any and all sports. His idea was to get as much on-air time as possible to allow himself to build a resume and hone his craft.

Ibrahim took on sports like field hockey, water polo, swimming and diving, wrestling and softball in his freshman year.

His rationale was that his time for basketball would come soon enough if he put in the work and continued to strive to get better.

“The ability to get on-air as a freshman was a big draw for me,” Ibrahim said. “Honestly I was not thrilled about calling water polo or wrestling. I did not know anything about field hockey and had to learn the rules and listen to other broadcasts to learn the terminology. But I understood I was getting paid in exposure.

“Plus if you can cover a field hockey game and you can learn about it and be confident in what you’re saying, there’s no way you can mess up a basketball game.”

Even during the pandemic, Ibrahim followed the model of so many pro announcers by calling a football game off a TV screen.

“Not seeing the whole field, it’s tough,” Ibrahim said. “But I was still calling a college football game.”

Ibrahim took a similar approach while at Sierra Canyon.

After trying to launch a podcast that never took off in the summer before his junior year – “it was so boring – it was basically just me rambling with a friend or family member” – Ibrahim discovered the Sierra Canyon broadcasting network when his lacrosse friend Cooper Endicott said they were looking for students to broadcast games.

“I was hooked,” Ibrahim said. “I was never more nervous than I ever was during that game, but I never had more fun.”

Ibrahim jumped at the opportunity.

“Sobel basically had told me that if I kept improving that first year, he would let me be the play-by-play guy. That inspired me,” Ibrahim said.

After serving as a color analyst on Kaufman’s broadcasts during Ibrahim’s junior year, Ibrahim became the Voice of the Trailblazers in his senior season, calling as many games and as many sports as possible.

Ibrahim said it was a big thrill for him to call games for Sierra Canyon’s nationally ranked boys basketball program and said he relished the Player of the Game postgame interview.

“It felt like it became my weekly chat with Cassius Stanley, I interviewed him so much,” Ibrahim said. “The best part of calling the game at the high school you attend is that you are rooting for these guys off the court. At first it was nerve-wracking. But then it’s like, ‘Hey, I helped this guy in chemistry last week.’ I can do this.”

Ibrahim also makes sure he can get a copy of his broadcast. Not for nostalgia, but so he could dissect his performance.

“Usually I will listen to a game all the way through like one or two days afterward,” Ibrahim said. “I would see what worked and what did not work. I’d write down the best calls and put them in my demo reel. But I would also critique my performance, like ‘why am I yelling here’ or why did I say that?

“Demand comes in the preparation, both pregame and postgame.”

“Ralph Lawler had been the Clippers play-by-play guy for 40 years, and he was so fun to listen to. He got excited when the team was doing well and less excited when they were not,” Ibrahim said. “And Costas is an all-time legend. But I try not to imitate them. I try to find my own voice.”

Ibrahim said Sierra Canyon gave him a wide avenue to help him find his voice.

“I can’t say just how thankful I am to Sierra Canyon – they watched me grow up,” Ibrahim said. “Honestly I had no idea what I wanted to do, but it is a great school and they allowed me to have an epiphany.”

Ibrahim let it fly, and he is dotting the I.