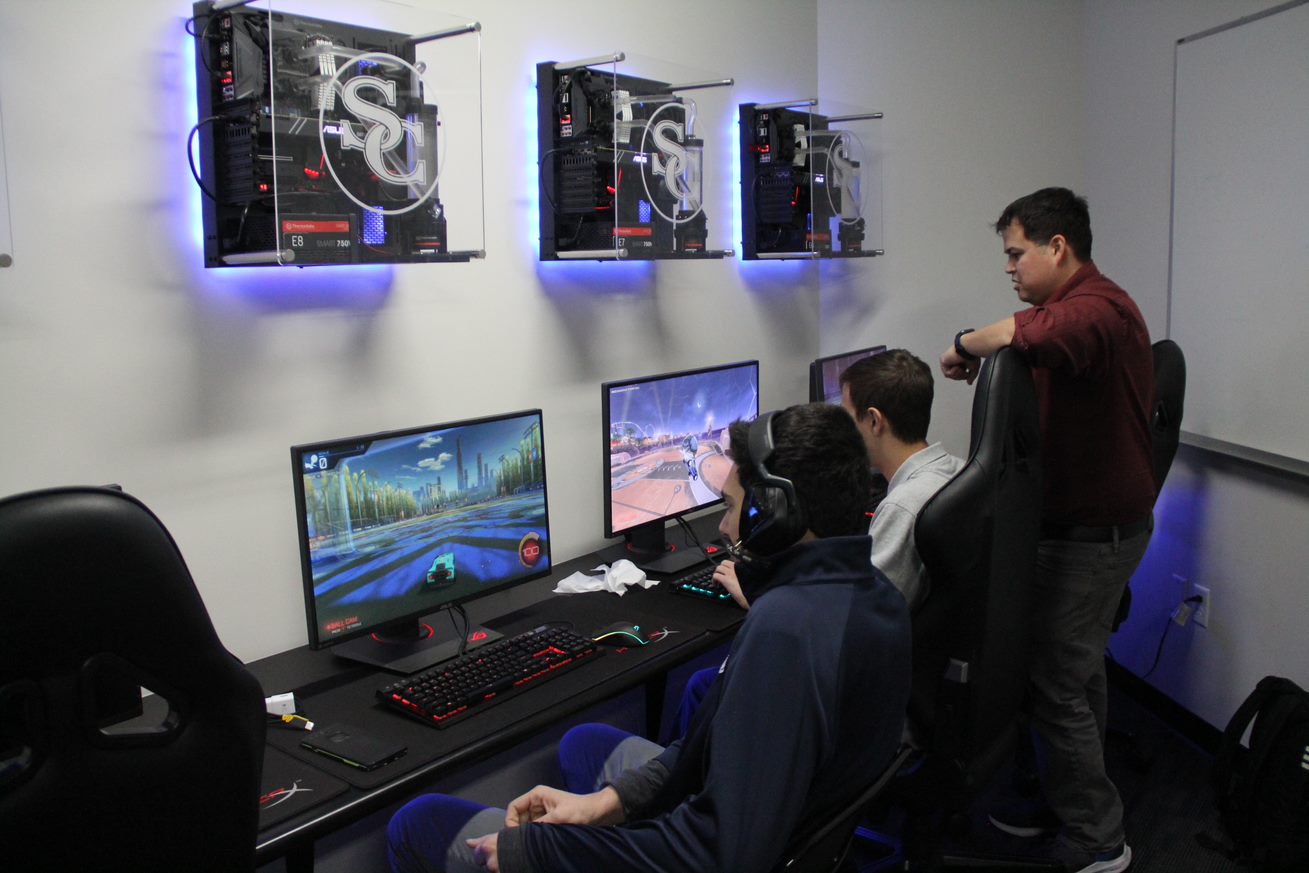 The impact has been immediate for the Sierra Canyon eSports team.

The freshman trio of Lance Matthies, Logan Matthies and Asher Gottlieb have formed the Rocket League team that has helped Sierra Canyon earn the No. 3 seed in the 32-team state tournament.

Co-coaches Javy Martinez and Julie Ahring believe Sierra Canyon is in a great position to make another deep state run.

“I’m very happy, and so is Julie,” Martinez said. “We’re picking up right where we left off in the fall. Last year we were the No. 3 seed and made the semifinals. We can’t ask for a much better spot.”

Sierra Canyon opened the playoffs on Saturday with a 4-0 victory over Salesian.

Now Sierra Canyon has a chance to avenge one of its two regular-season losses in Monday’s second round against Schurr.

Sierra Canyon appears to be on a collision course with second-seeded Los Alamitos in Wednesday’s state semifinals for a shot at top-seeded and undefeated Bishop O’Dowd in Thursday’s final.

“If things go well, I think we have a very good shot at making the state final,” Martinez said. “If we get a chance to play Los Alamitos, we’re going to need our ‘A’ game against them. Hopefully it will be one of our best performances.”

Usually the eSports team had one matchup per week. The compact almost-daily state schedule will certainly be a test for Matthies, Matthies and Gottlieb, especially with school finals scheduled concurrently.

“It’s a new situation for them, but we’re going to get together as a team and discuss how best to approach this week,” Martinez said. “These guys are great students, and they are great athletes who compete in other sports at Sierra too, so they should be able to handle it.”

“Julie and I talked to the players after the two losses,” Martinez said. “The scores were close. And we had a case of bad internet against Schurr. That kind of thing can happen, especially when competing at home. It was out of our control. A loss is a loss. Our guys did a good job accepting it and moving on to the next match.”

It has been developing an Overwatch team consisting of Brady Fernandes, Ethan Sarris, Ethan Hirsch, Harrison Felipe, Jonathan Smyrmos and Alexander Rahmel that has been able to scrimmage against national competition throughout the fall.

The CIF Southern Section is expected to approve Overwatch for eSports in the spring.

“The great thing is that these guys are getting real-world experience,” Martinez said. “When we come back in the spring, these guys should help us compete for state.”