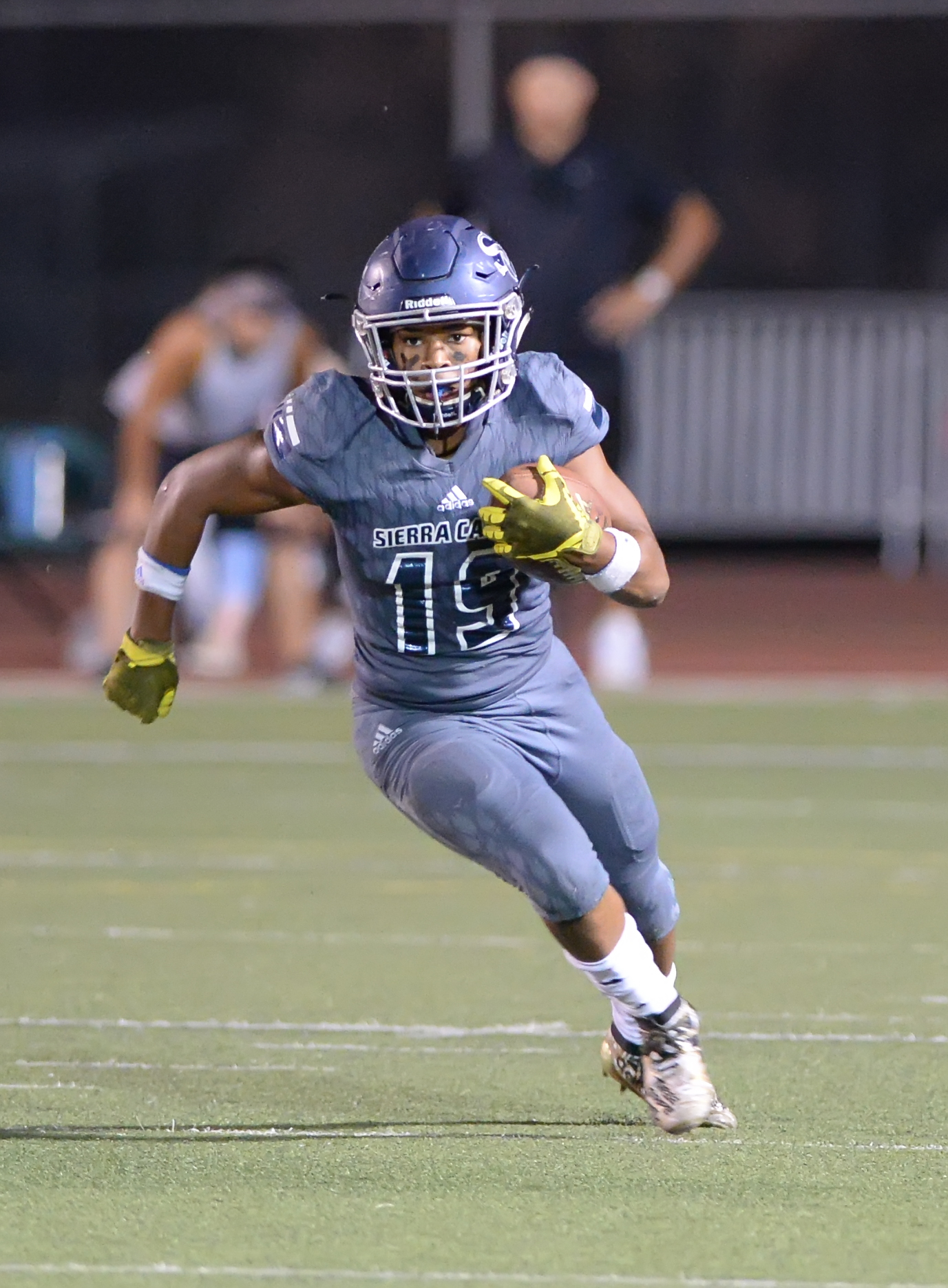 Football Team is Back on Track

However, Sierra Canyon coach Jon Ellinghouse might have said it best; “We’ll take the win and move on to next week.”

The Trailblazers took awhile to get going and then held on for dear life in a 28-20 nonleague victory against St. Paul.

“We had to make some adjustments against a real good football team,” Ellighouse said. “We started off real slow and the execution wasn’t there.”

After a scoreless first quarter things got better with Sierra Canyon finding the end zone twice, including right before the half to take a 14-7 lead.

“It’s always great to score right before the half,” Ellinghouse said. “We kind of needed that right there.”

The lead grew thanks to a 3-yard touchdown run from J.D. “Quatro” Sumlin with 3:08 remaining the third quarter.

Valdez scored from 11 and two yards out. The Trailblazers were finally able to run out the clock after picking up an important first down. Valdez completed 9 of 16 passes for 186 yards.

Brendan Gamble caught a 7-yard touchdown pass from Peery and rushed for a short score. Peery finished 7 of 15 for 91 yards. Gamble and sophomore Jason Jones, Jr. were effective running the ball. Trenell Ridgley and Tyler Adams combined to rush for 151 yards on 14 carries. Ridgley scored a touchdown in the second quarter.

Sierra Canyon has won two in a row after a disappointing come-from-ahead setback against Oaks Christian three weeks ago. The Trailblazers host Bakersfield Friday at Granada Hills High.