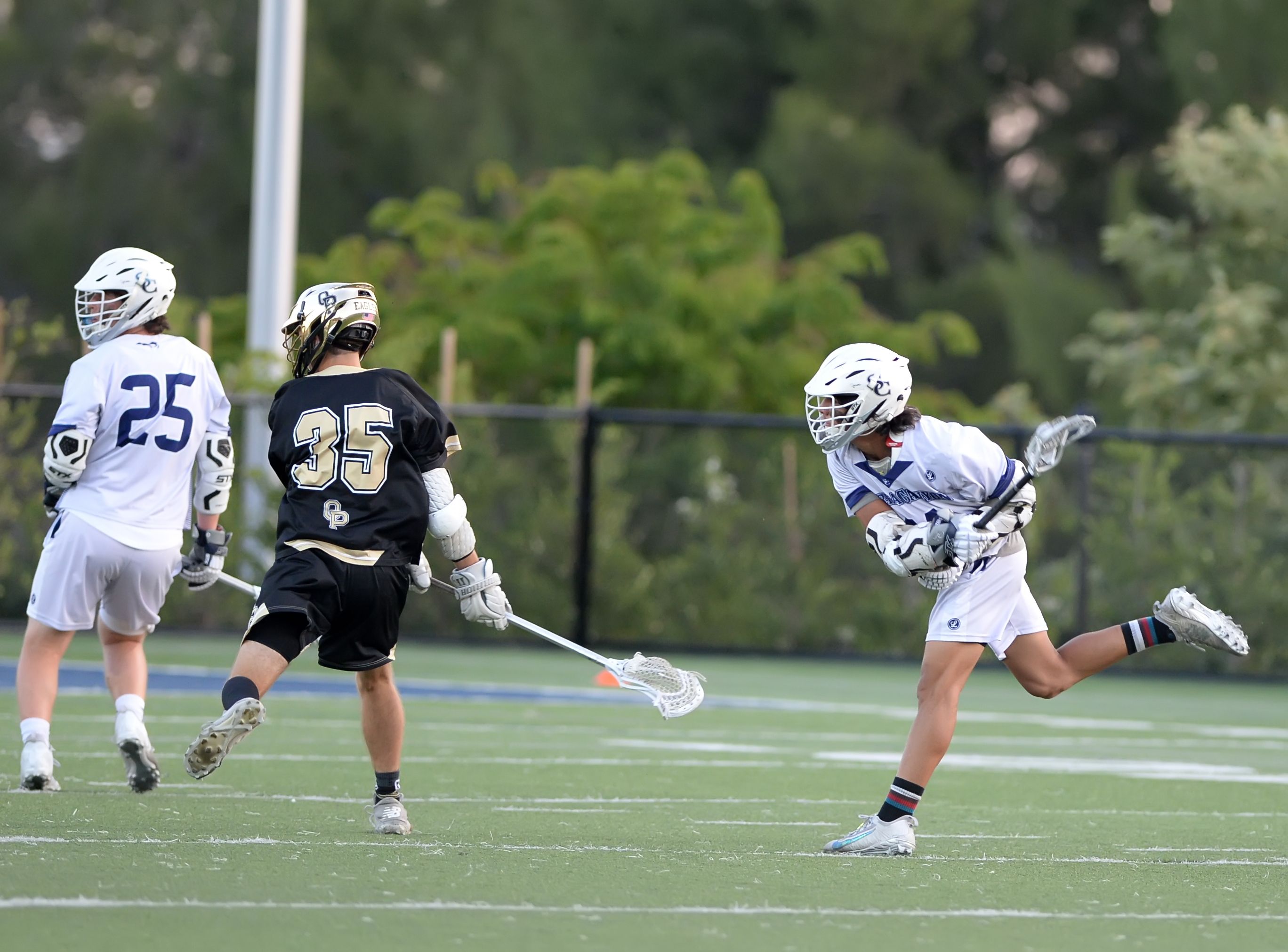 Getting “boxed in”, lacrosse team prepares for next season With smaller roster numbers and an entirely different leadup to the season due to the pandemic, Sierra Canyon lacrosse coach Mario Waibel tried to drum up ideas on how to prepare his team both physically and mentally.

Box lacrosse is played in a hockey rink instead of a wide-open field and features a 25-second shot clock for a quicker and more physical pace.

“It’s a different mindset,” Waibel said. “There are not as many places to run, and you have to rely a lot more on your teammates.

“When we started box lacrosse, I knew this group was all in. That made a big difference for us. It allowed us to create the core we were always capable of playing.”

Turns out putting his team in a box was an out-of-the-box idea.

Sierra Canyon mobilized together to capture its sixth consecutive Gold Coast League title and enjoyed a breakthrough by winning its first CIF Southern Section playoff match with a commanding 13-0  victory over Servite.

“The kids could not have executed any better,” Waibel said. “Beating Servite the way we did, top to bottom, was a complete game. Shutting out a powerhouse team – is just unheard of in lacrosse. It’s a testament to how focused and dedicated they were this season.”

Sierra Canyon often boasted a squad of 17 or 18 players compared to some opponents that featured rosters 35 players deep.

Waibel also had to lean much harder into his group of freshmen than in previous years.

Sierra Canyon finished with an 8-5 record amidst a backbreaking schedule that included perennial powers Loyola, Foothill and Mater Dei.

“I think for all the challenges we faced this season, we exceeded all the expectations I could have had for this roster,” Waibel said. “Our core group was challenged to create a locker room in a place where a traditional locker room did not exist this season. We bonded so well. We trained with a different level of intensity.”

Waibel said that junior Jake Pillsbury continues to establish himself as one of Southern California’s top goalkeepers.

“We were not relying on a few guys – we were relying on every single position,” Waibel said. “We did not have great numbers in terms of depth, but we had the right guys at each spot. It made us very difficult to play.”

That goes back to the box lacrosse.

Waibel said that is where his underdog team developed its bite.

“We don’t duck anyone – I try to play as many top-level teams as I can,” Waibel said. “We knew it was going to be a challenging year not on talent but on sheer numbers. To be able to walk into each match with that chip on your shoulder is one of the most galvanizing motives.

“We don’t care that you are bigger or where you are ranked. We are going to come in to be the toughest dog in the fight. All our guys stepped up this year.”