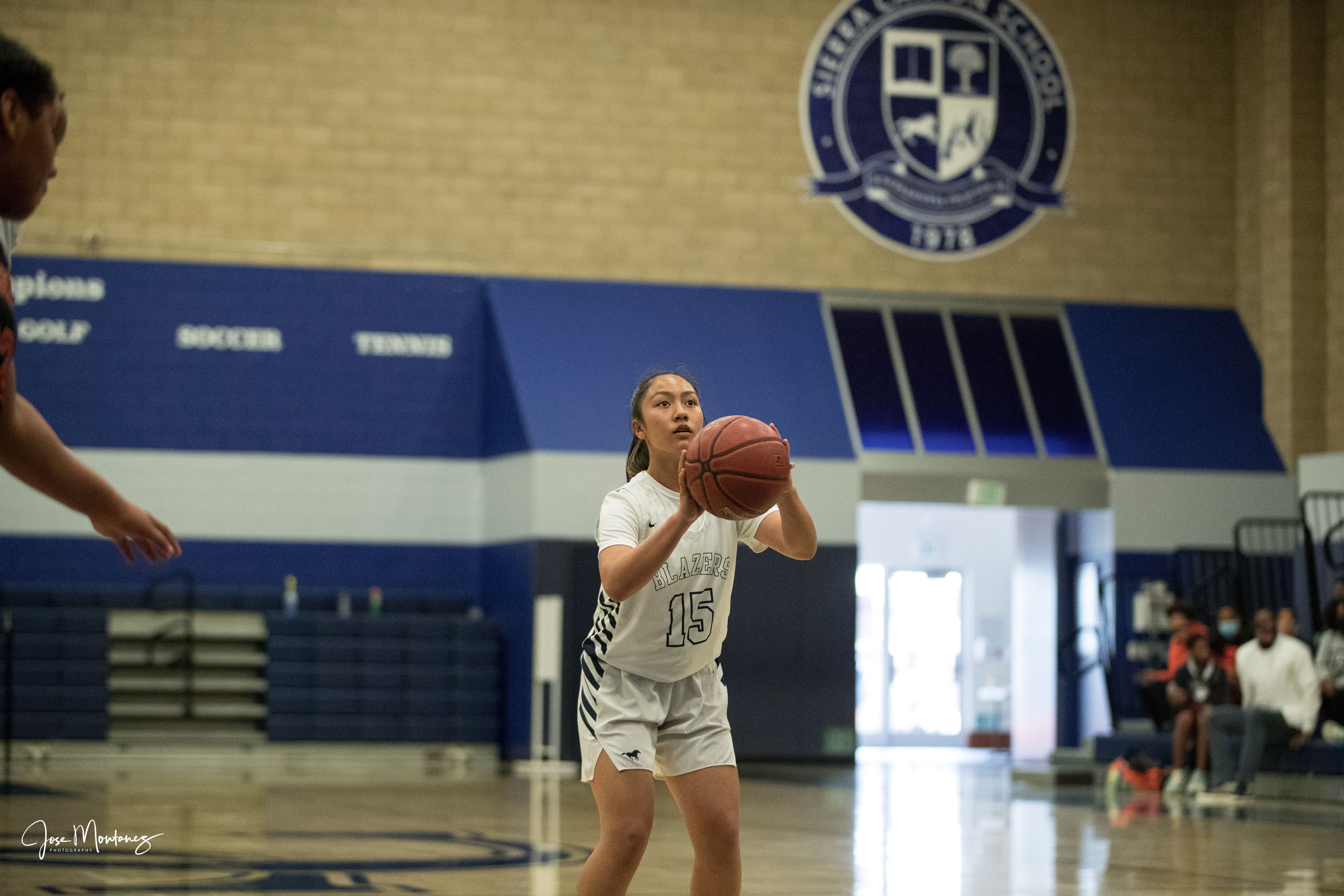 There was no safety net. The training wheels were off. The baby steps were replaced with an accelerated stride.

The young Sierra Canyon girls basketball players had to grow up fast.

Yet Sierra Canyon’s youngsters found a way to rise and deliver a remarkable 18-5 campaign, one that saw them uphold the program’s proud legacy by forging a three-way tie for first place in the Gold Coast League to earn a share of its third consecutive league title while continuing to compete against Southern California’s elite.

“To play a high level of basketball with a brand new team in such a short amount of time, that’s what I’m most proud of,” Sierra Canyon girls basketball coach Alicia Komaki said. “To have six freshmen on the court ready to produce is a testament to our kids to buy into what we were telling them and a testament to our coaching staff to prepare them.

“We did not drop off too much.”

In fact, it took a dramatic 3-pointer by Esperanza’s Alyssa Kubo with 7 seconds left to knock off the young-gun Trailblazers in the CIF Southern Section Division 1 quarterfinals en route to an improbable run to the Division 1 final.

For as much growth as Sierra Canyon exhibited this season, it experienced massive growing pains against Esperanza as it could not maintain a 17-point halftime lead and a four-point lead with 40 seconds left.

“We had a great year, a fantastic group, but the most disappointing thing was that it was boom and it was over,” Komaki said. “We weren’t in the Open Division where we could play three games. If you lose in the first or second round, that was it. They were playing with that pressure.

“It shocked our kids. I hope there was a big lesson learned.”

It snuffed out Long Beach Wilson 55-46 in the first round and King High 41-30 in the second round before being unable to shake Esperanza.

Yet it was a 66-61 loss to Gold Coast League rival and state powerhouse Windward on May 4 that Komaki said showed their mettle.

“That’s a testament to our culture,” Komaki said. “We had our lone senior try to explain the importance of that game, the league championship and playing at Windward. And Windward was still Windward.

“It was understanding the moment, playing at that high level, competing and being unafraid – it was cool to see.”

It helps that Sierra Canyon’s young corps was packed with talent.

Freshman MacKenly Randolph led the charge and established herself as one of the nation’s blue-chip recruits. NCAA finalist Arizona, Elite 8 finalist Louisville and Michigan are among the schools that have already offered scholarships to Randolph.

“She’s going to go wherever she wants to go,” Komaki said.

Freshman Izela Arenas carved out her role as the team’s lockdown defender and was also the team’s second-leading scorer and rebounder before sustaining an ankle injury that cost her the final eight games of the season.

“It’s always disappointing when you end your season on a loss – especially the way we did – but we still had a very good year,” Komaki said. “I’m excited about our future.”