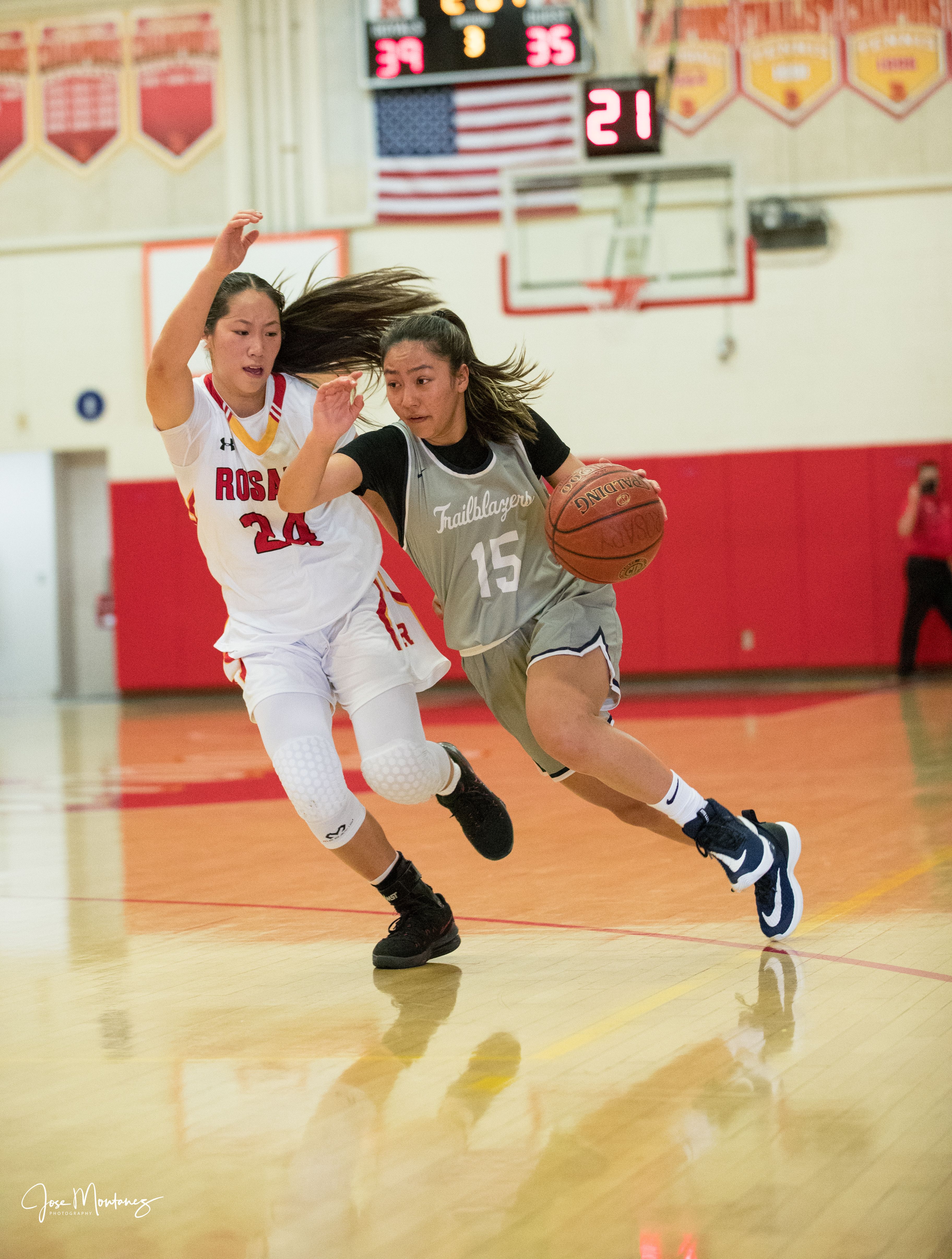 For the past two seasons, Sierra Canyon girls basketball coach Alicia Komaki had a firsthand look at Juju Watkins competing at rival Windward.

The talent was evident.

Komaki gained a whole new level of appreciation when Watkins transferred to Sierra Canyon over the summer, getting a chance to see perhaps the nation’s top girls basketball recruit on a daily basis.

“The fun part is seeing her every day at practice,” said Komaki, who has captured four CIF state championships and two CIF Southern Section crowns while coaching elite talent throughout her career. “Her skill set is exceptional. You see her take over a scrimmage or make an athletic move or finish. Her athleticism is off the charts and she can do everything well.

“It’s nice to know that a kid like that has a high motor. You always assume someone like that does, but it is pleasant to see how hard she goes all the time.”

Watkins adds a level of expectancy for a program that was already returning a strong core and is accustomed to competing at a high level.

Watkins’ arrival puts Sierra Canyon in a different stratosphere along with juggernauts Etiwanda, Corona/Centennial and Mater Dei in what promises to be a special girls basketball campaign in Southern California

“This is one of the most talented teams we have ever had, but it is also part of a cluster of talent in Southern California,” Komaki said. “Our goals and expectations never change based on who is on the roster. We always expect our kids to perform really well. It’s why they are a part of the Sierra Canyon squad: to win championships.”

The season will be broken into three parts for Sierra Canyon.

The first part will be competing without Watkins, who is still in the process of clearing CIF transfer protocols.

Then blending Watkins into the lineup.

Ultimately Sierra Canyon will have to put it all together to navigate the cutthroat CIF Open Division playoffs.

Worst-case scenario is that Watkins becomes eligible when the CIF sit-out period is lifted on Dec. 26, but there is a potential for earlier clearance.

“We don’t know what we look like without her,” Komaki said. “We have to quickly find our identity without the best kid in the country on the roster.”

Working Watkins into the lineup and adjusting the rotation will be the next big key for Sierra Canyon – whether that happens in December or January.

“We as coaches have got to find ways to win with her – there are no guarantees of any sort,” Komaki said. “We are going to have players whose roles will adjust dramatically when she can play, and that can be a difficult adjustment to make.”

Sierra Canyon – which opens the season on Nov. 17 at Brentwood – has taken on a backbreaking schedule both in terms of competition and travel.

There is a showdown against New York’s Christ the King at Staples Center on Dec. 4.

Sierra Canyon will also rack up over approximately 8,600 miles traveling to tournaments in El Paso, Texas, Alaska and San Diego.

Then there is that Gold Coast League showdown against Windward on Feb. 1 at Sierra Canyon that will surely carry major significance.

“It’s quite the gauntlet,” Komaki said. “It will be fun but it will also be a challenge. We will get challenged early and often.”

It will be interesting to see how Sierra Canyon will come together.

Sophomore MacKenly Randolph established herself as a premier player with a monster campaign and will be poised for a stellar sophomore season.

Sophomore Izela Arenas established herself as a premier defender and viable scorer last season before sustaining an ankle injury that forced her to miss the final eight games of last season.

Crystal Wang and Christy Reynoso are also returning standouts who should be able to build on strong campaigns.

“Last year was such an interesting year with the whole COVID situation. We played a lot of teams we do not usually play,” Komaki said. “We didn’t have as many big-game experiences as we normally do.

‘Our team is still young, not just with age, but with inexperience. I am anxious to get on those roadtrips, go out of state and see how they perform.”