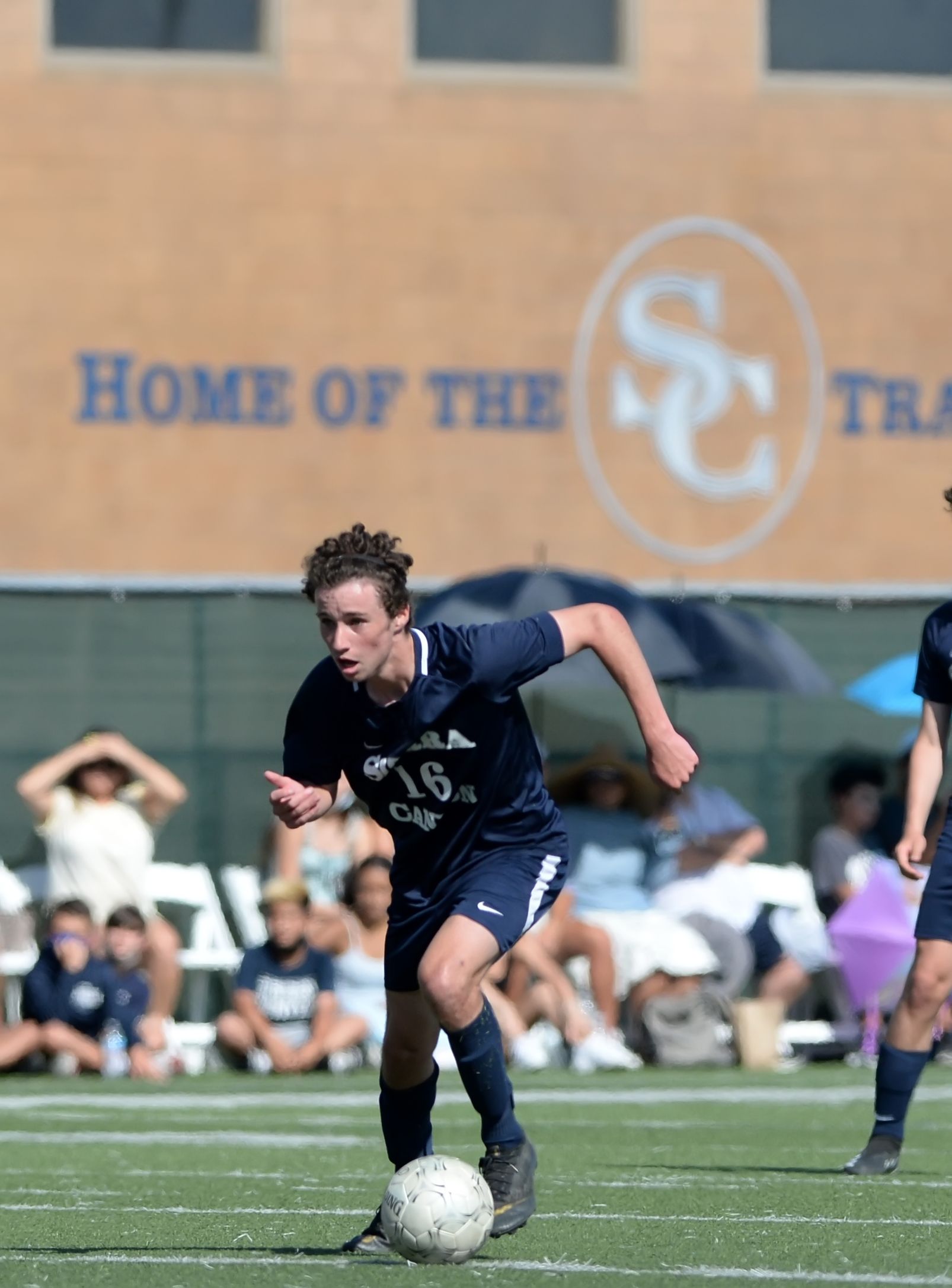 Boys soccer looking to go back to back

It began without a goalkeeper.

It ended with an improbable trophy presentation and championship photos.

“That was a lifetime memory for those kids and their families,” Sierra Canyon boys soccer coach Chris Bonawandt said. “It was magical. Everyone was over the moon.”

Now the next chapter begins.

Sierra Canyon will try to build off its CIF title run when it opens its season Nov. 18 with a nonleague match at Buckley.
The Trailblazers are moving from Division 7 to Division 6, but are trying not to get ahead of themselves when it comes to a second title run.

“Right now it’s really about us trying to learn how to play together with a new cast with new people in different spots,” Bonawandt said. “We want to repeat as league champions. And we have the team to do that.”

Sierra Canyon returns nine players from last season’s championship run, including Arman Sahi, who emerged as one of the unsung heroes when he jumped in as goalkeeper before the season opener.

“Our normal goalkeeper was out due to COVID protocols, and we were about to kick off in our first match. I asked who wanted to jump in, and Arman did,” Bonawandt said.

“I don’t even think he had any gloves. We had to buy him gloves for Game 2.”

Sahi established himself as Sierra Canyon’s regular goalkeeper and powered the Trailblazers to a 15-3 mark.

His impact moment came when he made a penalty-kick save at Duarte in the final minutes of the semifinals.

“He improved a ton and had an amazing season,” Bonawandt said. “He’s going to be big for us this year.”

Sierra Canyon will have talent across the field.

Mariano Del Castillo will anchor the staunch Sierra Canyon defense and was called the “bedrock of the team” by Bonawandt.

Senior Danny Pierce will look to provide a spark offensively to try to offset the graduation of Jordan Becker, who scored the tying and decisive goals in the CIF final against Whitney. Becker is now playing at UC Irvine.

Midfielder Constantine Theodoratos will be a leader in the midfield.

Sierra Canyon will also welcome back midfielder Vasili Fovos, who was sidelined by an ankle injury last season.

Anthony Najafi will move from defender to his more natural forward position.

“This is the spine of the team,” Bonawandt said.

Sierra Canyon is also expecting a boost from a pair of players who are missing the start of the season.

Freshman Daron Jil-Agopian is dealing with an injury.

“That part will be a little tricky playing without them at the start,” Bonawandt said. “It’s about how to play together and be efficient.”

Bonawandt said Sierra Canyon understands that every Gold Coast League match will be a fight, as evidenced by Campbell Hall’s surprising win over Sierra Canyon in the regular-season finale last season.

Brentwood, which did not field a team last year due to the pandemic, could prove to be the biggest league threat.

“We go into every league match with a serious attitude, thinking that it will be a huge challenge,” Bonawandt said. “We treat every match like it will be a threat.

“Our first focus is the Gold Coast League, then we will focus on what comes after that.”