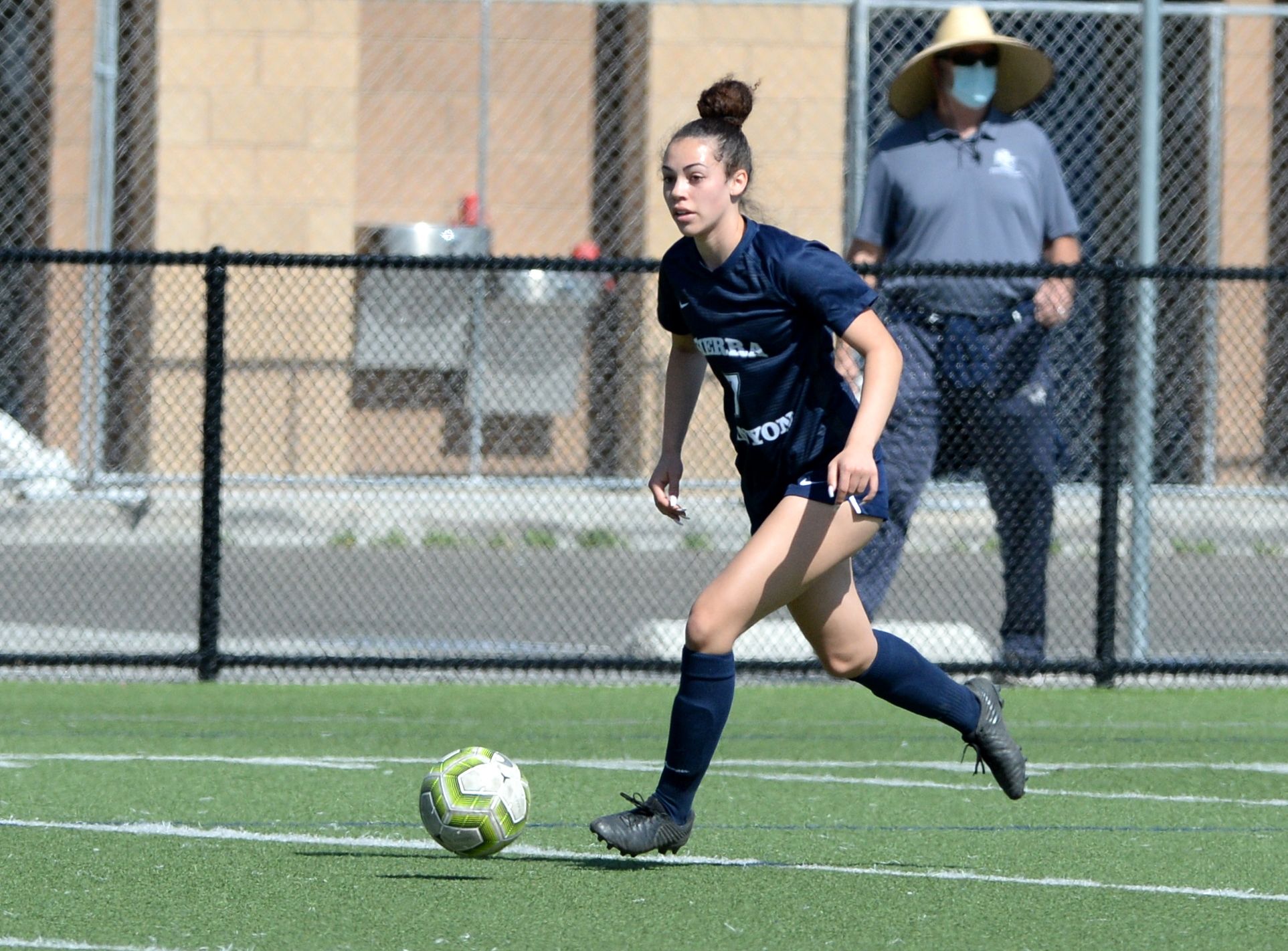 It is a touching tribute.

Before the Sierra Canyon girls soccer team begins each practice this season, the players gather in a stretching circle, touch their feet together and answer the question of the day as a team.

Just like when Coach Kristy Walker was with the team.

“The spirit of Kristy is still here. You can see her imprint. There’s a culture here,” first-year Sierra Canyon coach Will Beard.

Like Ted Lasso, Sierra Canyon now has its own Coach Beard. And maybe the Trailblazers are already starting to “believe.”

With Walker having returned to teach in her hometown of Bakersfield, Beard takes over a proud program that has won two Southern California Regional titles and three CIF Southern Section crowns.

“Kristy set a high standard, and how do you really improve that?” said Beard, who served on Walker’s staff the last two seasons. “She set a great foundation. The biggest thing is getting the team to come together and helping them grow.

“I will try to find my niche. I want to bring some creativity offensively, and I think we have the talent to get a lot of goals this year.”

Beard said he is excited to see forward Maya Bowens in her senior campaign, a player capable of scoring in bunches and elevating her teammates.

Beard said Bowens and Balbin are each drawing recruiting interest.

Beard said he is also expecting major contributions from a talented freshman class that includes Mia Torress, Julia Bailey and Olivia Theodoratos, players who have competed on high-level club teams.

“The team is balanced,” Beard said. “We have a good core, a group that has played together. They have that next-man-up mentality, or next-woman-up mentality.”

Beard said Windward and Viewpoint figure to provide the biggest push in the rugged Gold Coast League before Sierra Canyon embarks on another CIF playoff run.

“The league championship is the start, and you can’t sleep on anyone in this league because it is so competitive,” Beard said. “Then we will go from there and see what we can do.”