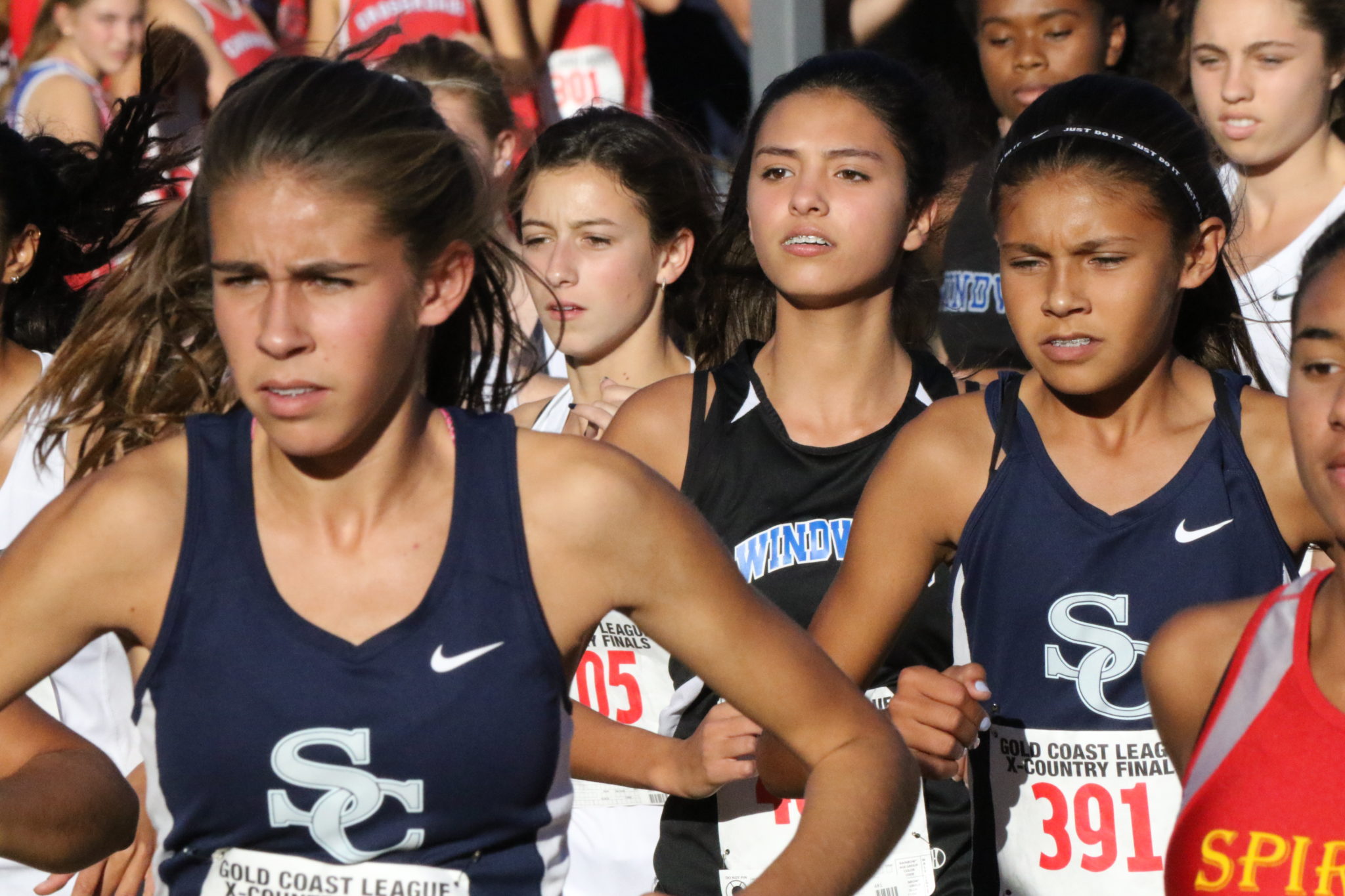 After narrowly missing the opportunity to qualify for CIF by half a point last year, girls cross country made history during the Gold Coast League Finals on Nov. 2 by qualifying for the CIF-SS (Southern Section) preliminary meet for the first time ever. The meet will be on Nov. 12 in Riverside; due to previously known schedule conflicts, however, the team withdrew and will be unable to participate.

“This race and this season overall was definitely huge improvement for both teams. In fact, across the board [for League Finals], the runners’ averaged running the three mile course in 1:25 seconds faster then they ran three weeks ago on the same course,” Head Cross Country Coach Troy Samuels said.

Although they were able to qualify, the girls will be unable to participate in the CIF-SS Preliminary meet due to some of their top runners (Brooke Golik (‘18), Bobbie Golik (‘19) and Ryley Tanner (‘20)) not being available as a result of their club soccer teams competing in a soccer showcase in Phoenix the same weekend as the meet. Although the team understood they would be unable to compete in CIF regardless of how they did in the league championship, Samuels was impressed by their desire to still run the race and do their best.

“I thought that was very incredible because think about it: running three miles over Paramount Ranch Park, there’s nothing easy about it and it hurts. So, these girls chose to give their very best, even knowing that if they did advance, which they did, and it’s because of the effort they put in,” Samuels said.

For team qualifying for CIF, only the best five finishes for both boys and girls are scored. In the Gold Coast League, there are seven members, but only the top four overall teams for both boys and girls can advance. The girls placed fourth in both the meet and overall, with Brooke Golik (‘18), Bobbie Golik (‘19), Kayla Chong (‘18), Ryley Tanner (‘20), and Celine Alon (‘18) finishing in second, fourth, 15th, 24th, and 37th overall respectively. Also, Brooke Golik (‘18) made the First-team All-League Gold Coast Team while Bobbie Golik (‘19) made the Second-Team All-League Gold Coast Team. As a result of their withdrawal from the CIF-SS preliminary meet, Crossroads team will participate in the place of the Trailblazers due to the Roadrunners finishing fifth overall in the Gold Coast League.

“The race was amazing and the best part was at the end seeing Kayla, Bobbie, and Ryley pass people because they are my friends,” Brooke Golik (‘18) said.

Meanwhile the boys team finished seventh in both the meet and overall. Their top finishers were Aidan Jones (‘20) and Leor Alon (‘17), who finished 30th and 37th overall respectively.