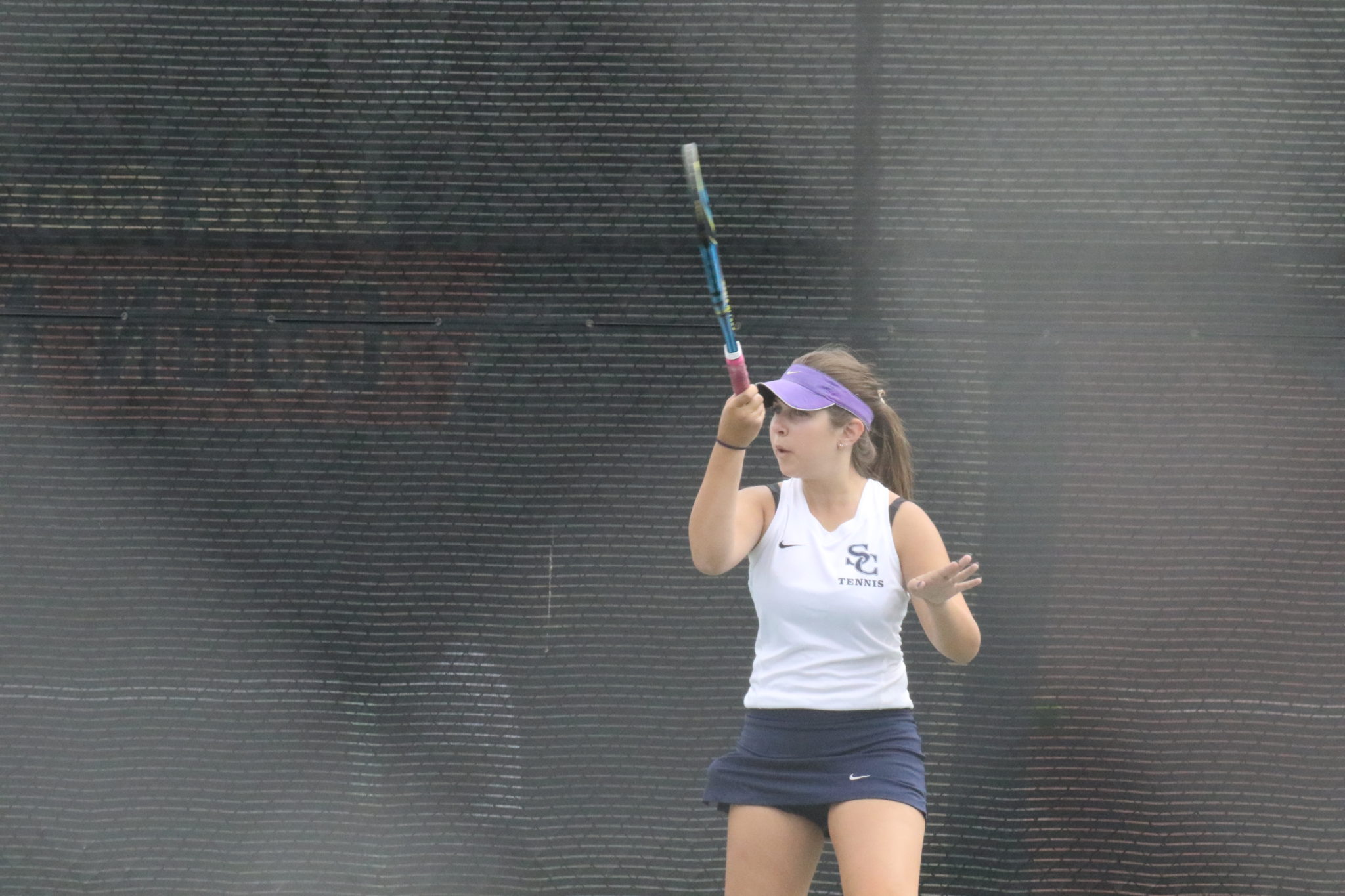 Although the season started off in a promising fashion, once league games came around, the girls tennis team finished off their league season with a record of 1-9 and an overall record of 5-10. The team has made school history with five wins this year. On Oct. 20, the team played their last league game against Campbell Hall with a loss of 1-17.

“The team started off well as we built on the off-season that we had and we were fully healthy. We unfortunately were not at full strength for several of our big league matches. We lost a very close [8-10] match against Crossroads without two key starters in Zoe Brown (‘17) and Jessica Fitzwilliam (‘19). After that, Brown went down with an ankle injury midway through the season,” Coach Troy Aikens said.

Sammi Perry (‘19), Sam Adelman (‘17), Avery Aviv (‘18) , Fitzwilliam and Lily Tucker (‘20) all made League Prelims, which is an individual tournament based on the record throughout the season. The teams or individuals must perform well individually to make this end of the year tournament which determines the best players in the league. Perry, who competed in the singles matches, lost to the top player in the tournament, along with Fitzwilliam and Tucker, who competed in the doubles matches, made it to the second round, and lost to the top teams in the tournament.

“The playoffs were fun to be a part of and we all played well very well. We have improved tremendously to be able to play in the playoffs,” Perry said.

The team started out strong at the beginning of the year, the first four straight wins in preseason, but were not able to bring that same energy into league play as they only won one match.

“Our league is one of the top divisions in CIF. Though the team never quit and always stayed positive, we could not overcome some of the player losses that we had during matches this year,” Aiken said