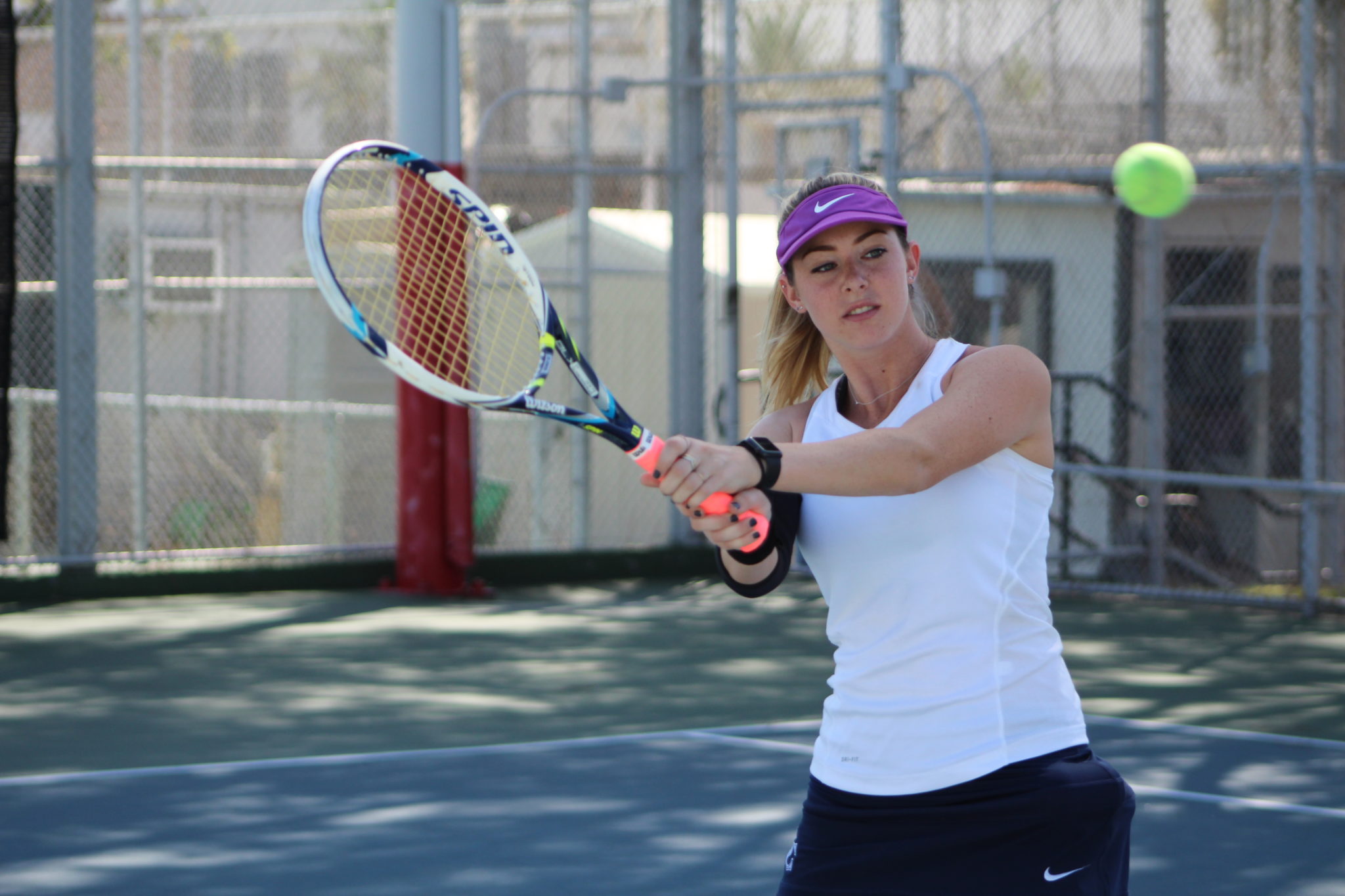 Pasadena, CA – The Sierra Canyon girl’s tennis team defeated Marshall Fundamental by a score of 12-6 in their first match of the year in Pasadena, CA on Friday, Sept 2.

“I’m really proud to the way the team played today,” Head Coach Troy Aiken said.  “Everyone was extremely focused, they all played really hard, and no one gave up on the team.” Sierra Canyon dominated the match from the beginning as the top two singles players Zoe Brown (’17) and Sammi Perry (’19) won all of their matches and the doubles teams were able to win six out of the nine matches they played.

Substitutes Chloe Cohanim (’18) and Brooke Lodin (’17) played against substitutes from Marshall Fundamental and pulled out a win in an extremely tight tiebreaker 7-6, (8).

“The main reason it was tough is because it was hot and tiring,” Cohanim said. “But it was more stressful then tough because we really wanted to win since we got so far in our set,”

Even though the team won in convincing fashion, they still have work to do before they are ready for the start of the season.

“It’s always good to win your first match, but we have a lot of work to do,” Aiken said. “Such as working on doubles strategy and knocking off some of the rust from the long summer break. However, we did win convincingly so we want to build on the win and prepare for the season with four matches left until the start of league play.”

Some players had extremely close matches as the top doubles team composing of Sam Adelman (’17) and Avery Aviv (’18) played both of their matches to tiebreakers 7-6 (1) and 6-7 (2).

“This year’s team is much deeper”, Aiken said. “It gives us the opportunity to have more flexibility with our lineup, we can sub players in and out, which is a luxury we didn’t have in the past.”

The team’s next match is Tuesday, Sept 6 at CSUN against Alemany.

“I am looking forward to continuing to improve as a player and hopefully help the team win some more matches,” Lily Kahane (’18) said.