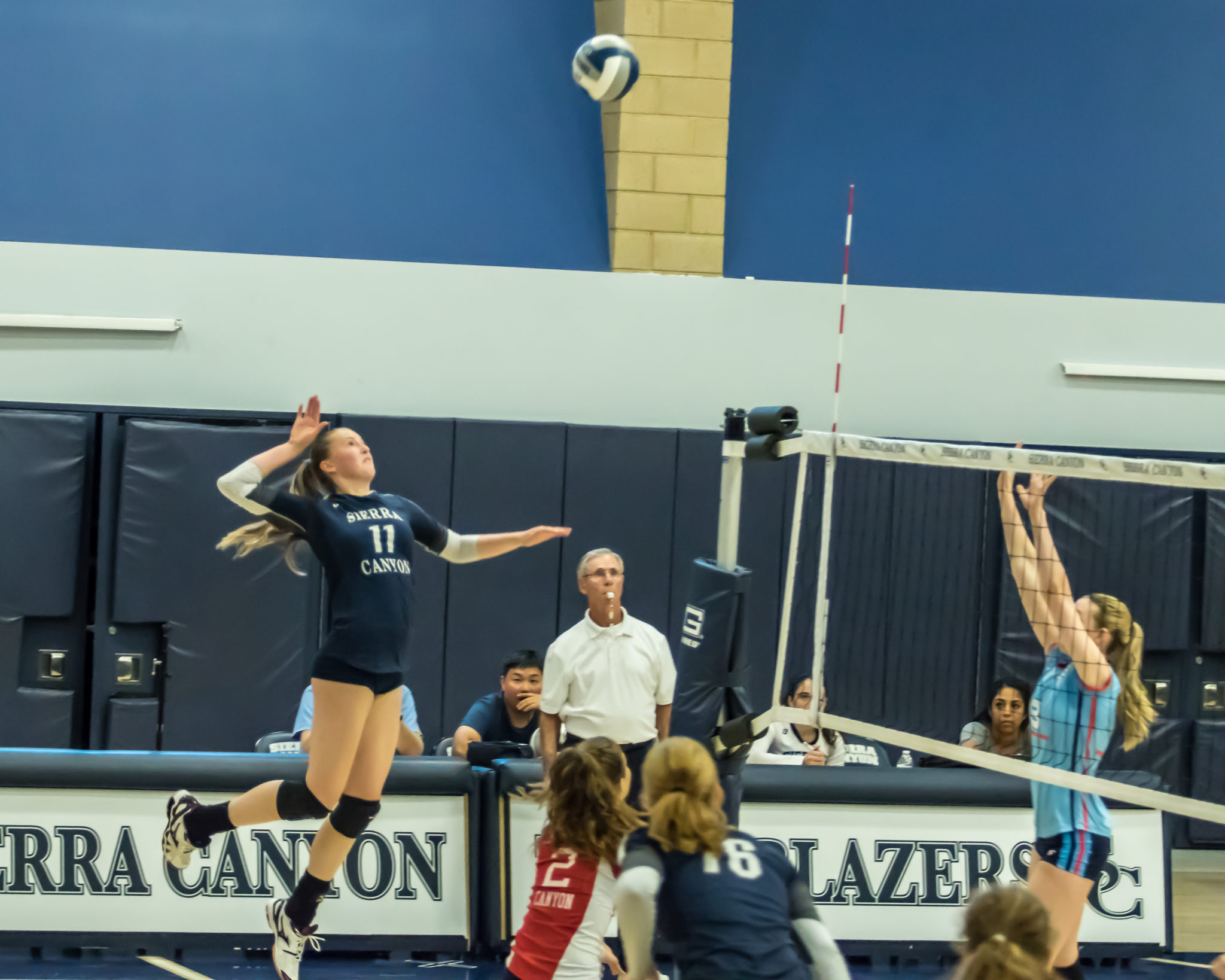 Marlborough No Match for Hot Trailblazers

“Marlborough has a long reputation of being a successful program, we’ve never played them but it’s definitely a win against a powerhouse school,” Head Coach Stephanie Wigfall said.

The first set was the closest between the two schools. The Trailblazers were trailing 13-8 but went on a ten point run and were able to come back and win the opening set.

“Jordan Pillsbury was on fire last night. She had five kills in the first set and overall was listening and executing the game plan the most of anyone. I told them to move the ball around more instead of relying on our power. Jordan has a lot of power but she also had a finesse to her shots that was working last night.” Wigfall said. “She deserves a lot of credit. She’s been working hard and last night was her opening night and the girls were really happy for her.”

Wigfall attributes the win to good serving. The team had a total of 12 aces and three service errors.  Pertofsky had five aces, Zoe Fleck and Kayla each had four aces as well.

“Serving is an interesting thing, it’s contagious. If one person gets a few aces and is serving tough everyone does, but if one person is missing serves that can spread too.” Wigfall said.