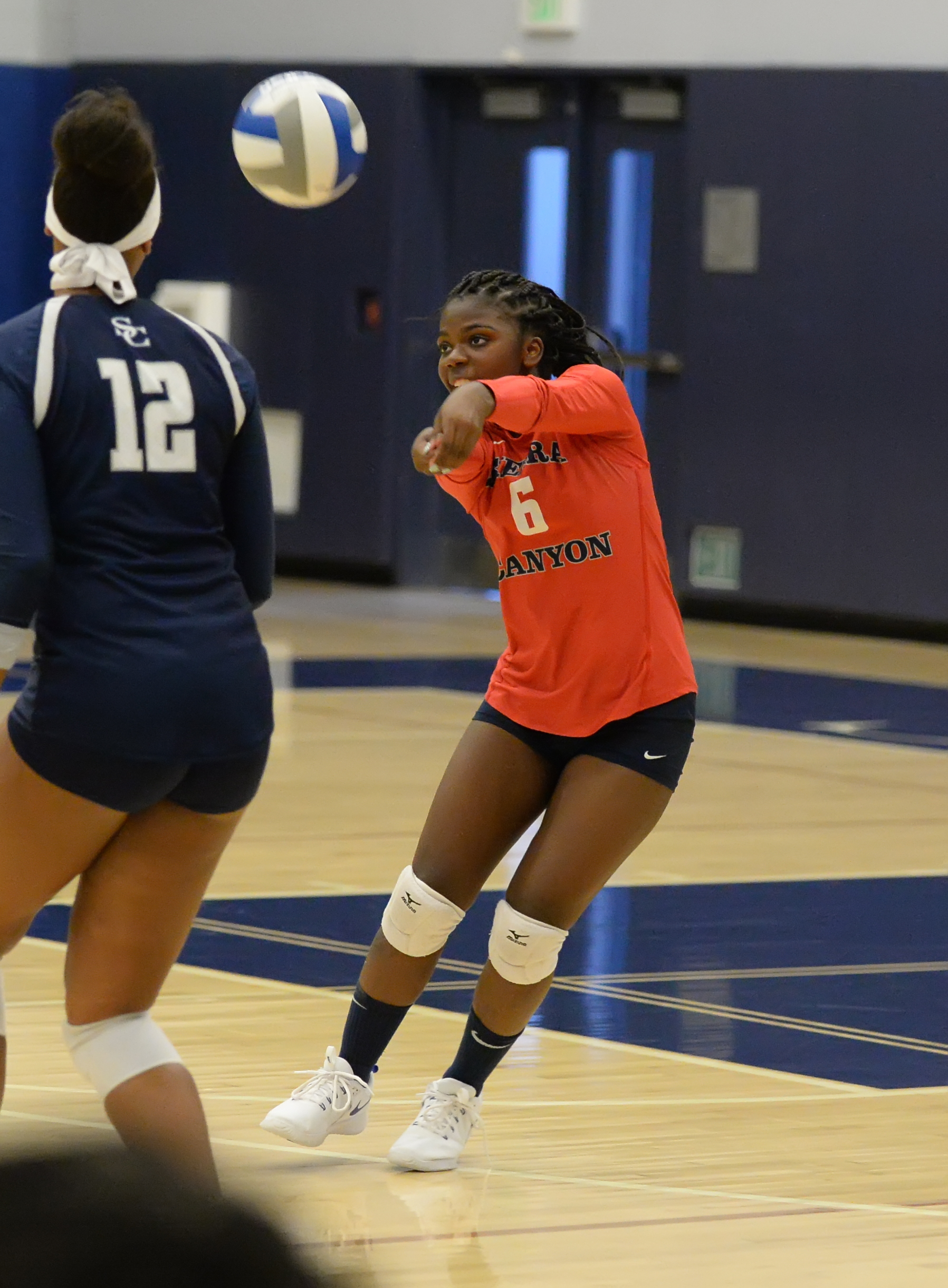 Sierra Canyon Athletics Dept.
Staff Writer
The Sierra Canyon girls volleyball team keeps on moving forward. After a hot week to open the year the second week of the young season kept with the same theme of just winning.
It wasn’t pretty at times but the outcomes were good old fashioned victories.
Sierra Canyon jumped out to a quick two set lead against Marlborough before hanging on for a 25-13, 25-17, 23-25, 22-25, 15-12 victory on Tuesday.
That was followed up by a 25-12, 22-25, 25-9, 25-12 win over pesky Calabasas on Thursday.
Long Beach St.-bound Jaylen Jordan and junior setter Taylor Simpson have stepped up in consistent leadership-type roles with steady, consistent play.
Jordan registered 26 kills against Marlborough and 13 against Calabasas. Simpson had 54 assists Tuesday while adding 33 Thursday.
A few bright spots have also emerged. Laina Bolton had 22 digs against Marlborough, Jaida Sione had 14 kills against Marlborough, Sidney Montgomery had nine kills against Calabasas and Alexa Horwitz and Elise King had five and four aces, respectively against Calabasas.
“We have been getting production from a wide variety of players,” Sierra Canyon coach Stefanie Wigfall said. “It’s great to have a lot of girls contributing. It means we have some good depth throughout the lineup.”
Sione is drawing rave reviews across the board. Sione is dominating from the middle at the net. Wigfall is excited.
“Jaida could end up being one of the top players ever at Sierra Canyon,” Wigfall said. “She could be really good. She is very far along for her age and grade,”
The Trailblazers just need to clean up stretched of complacency. After winning the first two sets against Marlborough they quickly gave two sets right back and trailed 3-0 in the deciding fifth set before reeling off eight consecutive points.
After dominating Calabasas in the first set, Sierra Canyon looked flat in dropping the second set giving the Coyotes a glimmer of hope.
“We have to learn how to put the clamps down and not let other teams back into the match,” Wigfall said. “I think we are capable. Now we have to execute moving into our league matches.”
Sierra Canyon is now 9-1, the only setback to nationally-ranked Torrey Pines in the Calif. Challenge tournament down near San Diego.
The Trailblazers play at Viewpoint on Tuesday before heading to the Santa Clarita Valley to face West Ranch on Thursday.