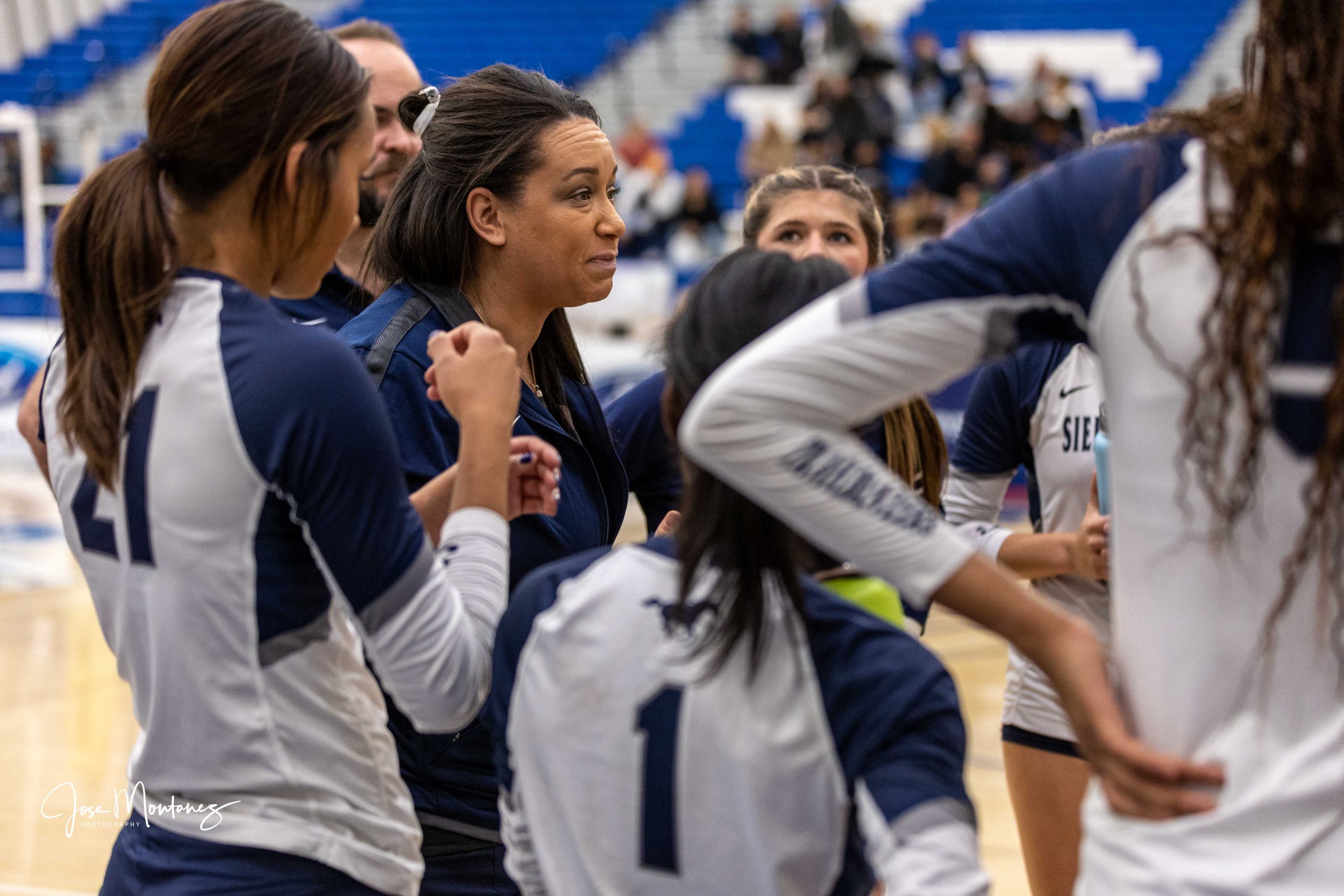 Although it was difficult to have the season end three victories of the ultimate goal, Sierra Canyon reflected on the best season in school history. The Trailblazers won the Southern Section Division 1 championship on Nov. 5th at Cerritos College with a three-set sweep against the very same Mira Costa team.

In the process, Sierra Canyon became the very first team ever from the San Fernando Valley to take home the sport’s highest honore at the highest level.

“We worked really hard to win that Division 1 championship,’ Sierra Canyon coach Stefanoe Wigfall said. “So much energy was put into that goal. We wanted to keep it rolling, obviously. Just came up short to a team that was motivated for revenge.”

Things started out on a good note, again. Sierra Canyon (34-5) won the first set 28-26, its fourth consecutive set taken against the Mustangs (38-4). However, Mira Costa rallied for wins in the next two sets to put the pressure back on the Trailblazers.

As it has done all season, Sierra Canyon responded with a set four win and the match was headed to five sets. The Trailblazers led early and seemed to have a cushion at 9-6. Mira Costa rallied and surged ahead 14-11 thanks to an 8-2 run.

“It just wasn’t meant to be for our team tonight,” Wigfall said. “We got caught in a couple rotations where Mira Costa took advantage and put together some good runs of points.”

The Trailblazers have nothing to hang their heads about after winning the SS Div. 1 title, sharing the Mission League championship, racking up 34 wins, and compiling a 21-3 record in five set matches. The only setbacks were against San Clemente, Marymount and Mira Costa. Sierra Canyon also went 3-1 against Marymount, including two five-set victories.