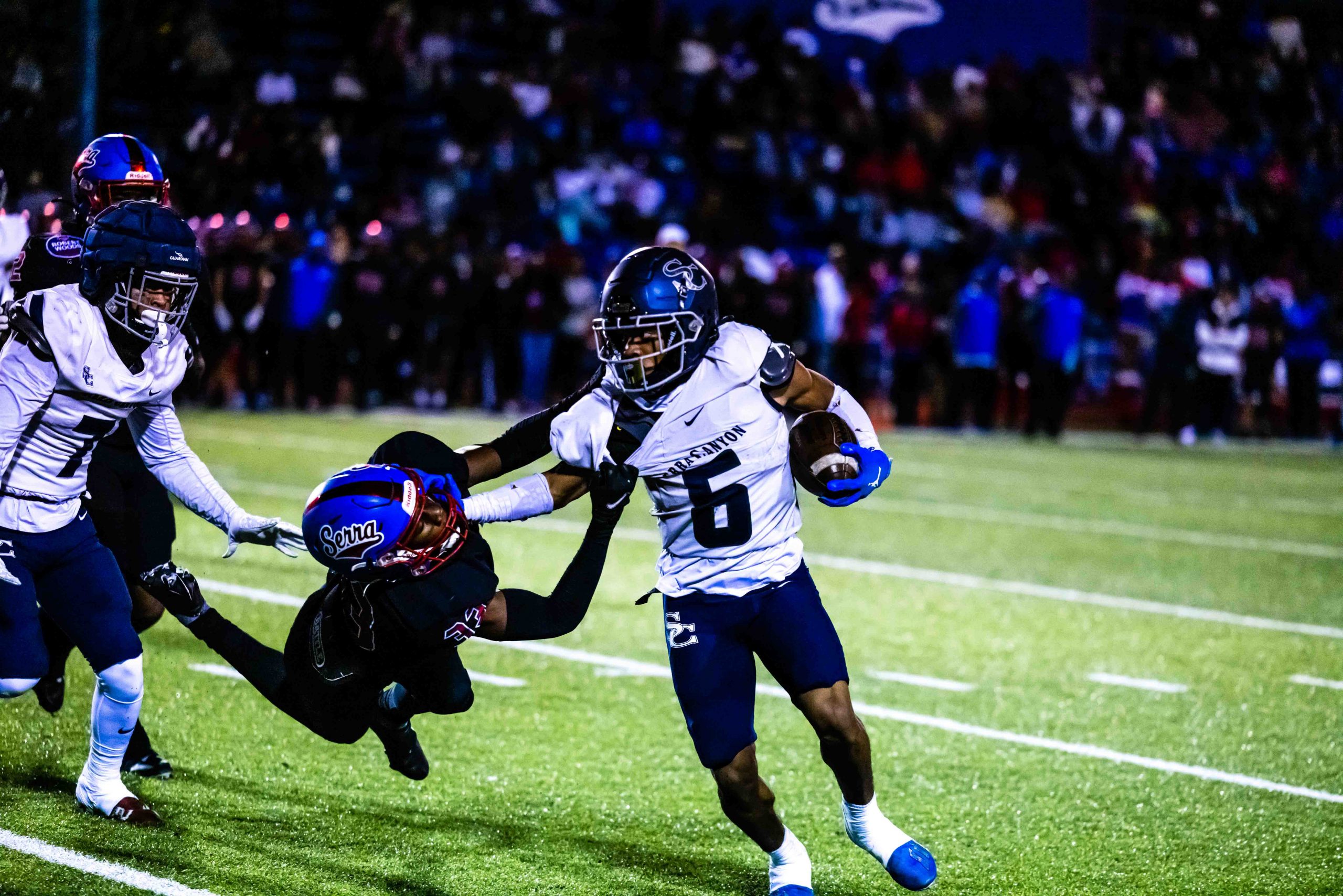 The Sierra Canyon football team punched its ticket to another semifinal appearance with a 42-16 victory against Serra of Gardena in a Div. 2 playoff game Friday night.

It was the Dane Dunn and Terrell Cooks show, once again, to lead the Trailblazers (8-4).

Sierra Canyon will face Mission League-rival Bishop Amat on the road at 7 p.m. Friday for a spot in the championship game.

Dunn rushed for 275 yards on 20 carries, including four touchdowns to lead the Trailblazers. Cooks gained 92 yards on 14 carries and scored the game’s final touchdown on a short two-yard run with 7:34 remaining.

After falling behind 7-0 after a long kick-off return and 6-yard touchdown run by Cincere Rhaney two plays later, it was all Sierra Canyon from that point.

Dunn caught an 8-yard flip pass from Damon Wrighster for a touchdown and scored from two yards out to give Sierra Canyon a 14-7 halftime lead. The latter score capped a 13-play, 80-yard drive.

Serra had one look at the game when it tackled Dunn in the end zone for a safety to cut the deficit to 21-9. Serra had the ball in Sierra Canyon territory looking to cut into the 12-point deficit but Xavier White came up with an interception of Jimmy Butler and later recovered a Butler fumble.

Dunn scored his last touchdown from 11 yards out just before the end of the third quarter and that was it.