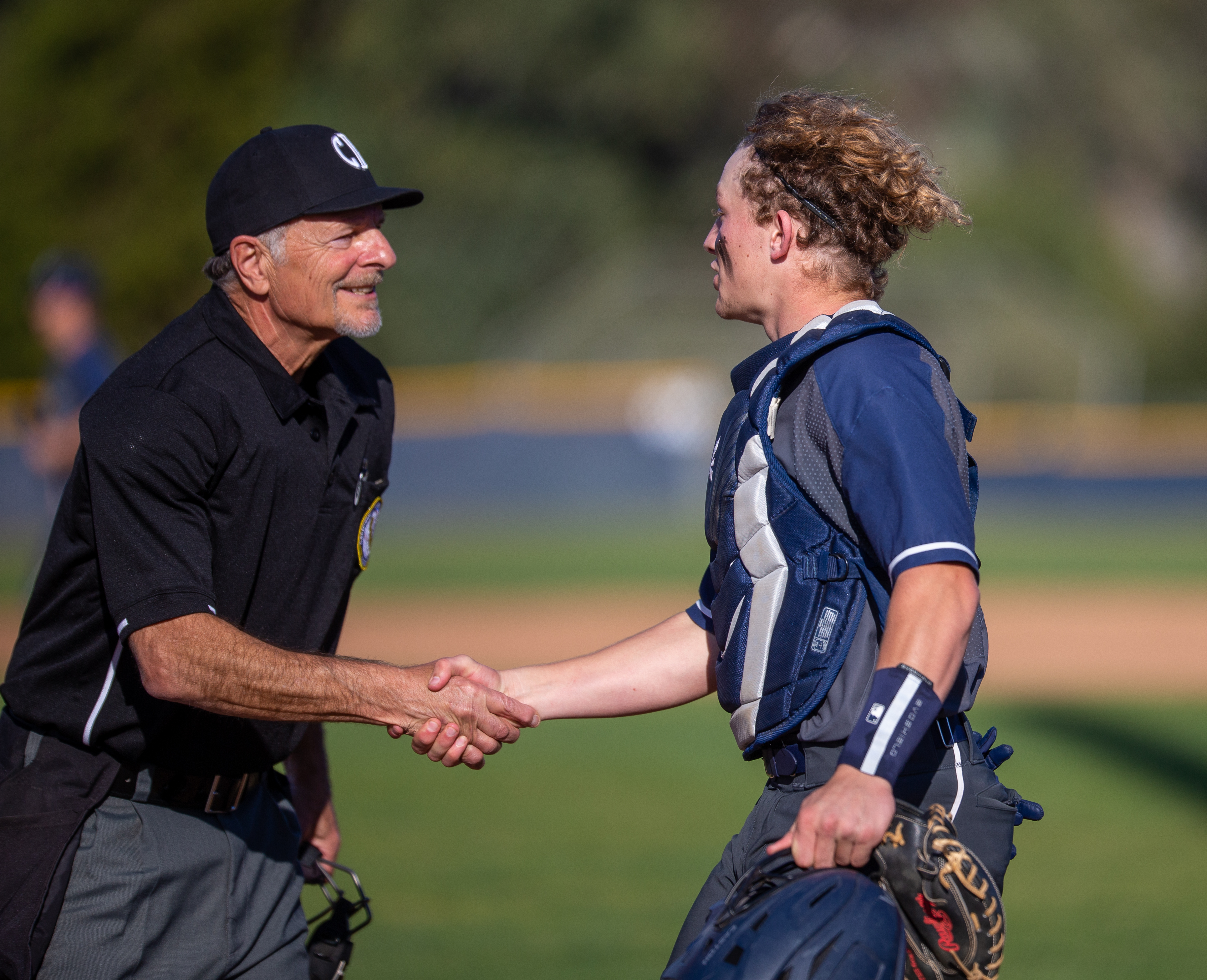 It started as a detour, a side trip so to speak.

Sierra Canyon baseball player Shane McClendon had already scheduled a recruiting trip to the University of Puget Sound in Washington. George Fox University in Oregon was a last-minute drive at the end of the trip, just to check it out.

It turned out to be the ultimate destination.

McClendon fell in love with George Fox University and verbally committed to the Bruins this past month, culminating a unique recruiting experience for him in the midst of a pandemic.

“When I was there, it just felt right,” McClendon said. “I loved the campus. I loved the small-town feel. There was a real community feel on campus. It felt a little like Sierra.”

George Fox is a Division 3 school. McClendon said he also considered Puget Sound, the University of San Francisco and Loyola Marymount University among others..

McClendon and his father Dilly (a former Palmdale High baseball player) flew into Washington to check out Puget Sound. The last-minute trip to George Fox – about 25 miles outside of Portland – turned into a revelation.

McClendon said he intends to study business and psychology and said George Fox impressed him in these areas.

“I liked that it was a smaller campus and had smaller class sizes,” McClendon said. “It is like 14 students per class.”

The pandemic created a bit of uncertainty for McClendon, a 5-foot-10, 170-pound catcher and outfielder who said he would have benefitted from playing in games and showcases that were wiped out by COVID-19 closures.

“I filmed everything I could and I posted on recruiting apps and wherever else recruiters might be looking,” McClendon said. “I’m a smaller guy, so I am not going to pass the eye test. Because they could not see me play, I had to rely on video.”

McClendon said he takes pride in his catching. His framing and blocking are strong, and he has a good arm.

McClendon also knows how to build rapport with his pitching staff.

“It’s about getting to know who he is and how he plays,” McClendon said. “It’s about building a camaraderie and a special bond outside of baseball.”

McClendon will be a four-year letterman, left an indelible mark during Sierra Canyon’s pandemic-shortened 7-1 season.

McClendon delivered a walkoff hit against Grace Brethren in a battle of small school powers for a Sierra Canyon team that finished No. 7 in the final CIF Southern Section Division 2 poll.

“Honestly it should have been a double, but I started celebrating a bit too early,” McClendon said, laughing. “It was a pretty high fly ball into the gap. When we saw it drop, we were jumping up and down and celebrating. My jersey started to get pulled, and I was worried it was going to rip.”

McClendon will be at the forefront of the 2021 season for Sierra Canyon. He said having his recruiting decision finalized will be a boon for him entering his senior season.

“There won’t be the pressure of having to perform (to get signed),” McClendon said. “It will just be about getting better and helping make the team better.”