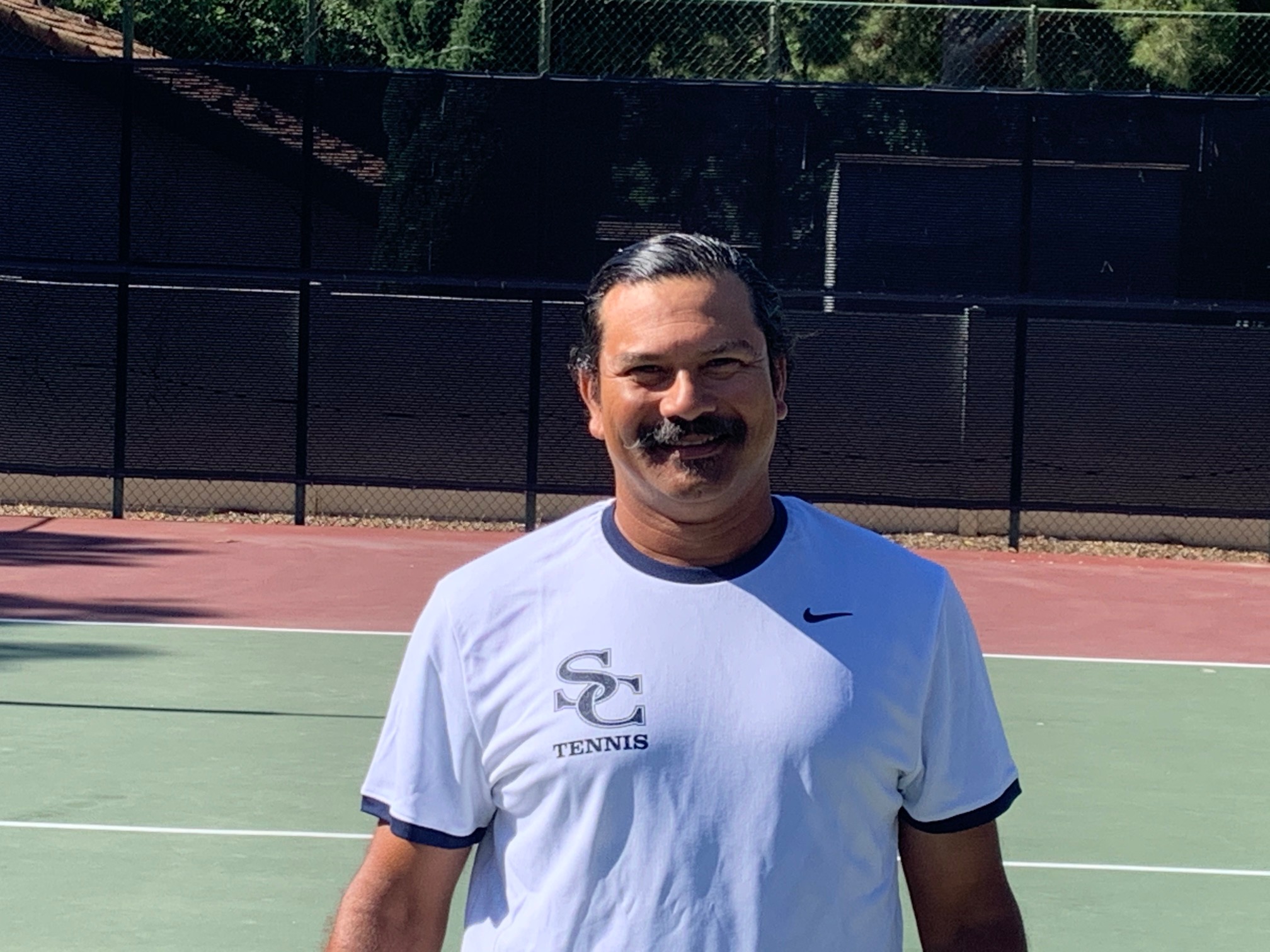 From juniors and high school tennis to junior college and Turtle Bay, Datt has coached almost the entire tennis spectrum.

“I think it’s code for that I am really old,” Datt said, laughing.

Datt, who is in his 50s, said he is looking forward to working with his coach Giancarlo Bertumen to raise Sierra Canyon’s tennis profile.

“I want to try to establish a tennis culture here,” Datt said.

Datt has coached high school tennis at Crossroads and Windward. He coached for 10 years at Pierce College and has had players compete at the famed Ojai Tournament.

Datt also launched the Northridge Tennis Academy that operates at Cal State Northridge in addition to private lessons at Turtle Bay and the Riviera Country Club.

“I’ve helped produce high-performance players,” Datt said. “A few of the girls already have private instructors, and I am happy to work in conjunction with them.

Ultimately Datt would like to have Sierra Canyon establish a tennis program in its lower schools to build a foundation with students at a younger age.

“You get them started and aware of the sport, and it’s fun, especially in second, third, fourth, fifth grade,” Datt said. “By the time they hit high school, it becomes a matter of repetition. How many times they can touch the ball with the string, how will they become more acclimated to hitting shots and how they will learn how to handle the pressure to compete.

“It’s tough to ask a ninth grader who has never handled a racket to go play against a nationally ranked girl from Brentwood.”

Datt said he has already met several of the current Sierra Canyon players and is still assessing their ability levels.

Datt said he likes having dual-sport athletes like soccer players Alyssa Abulaff and Peyton Gulfuso on the team because they have an athletic foundation.

Datt said Mariyah Jamali and Kai Smith have also shown potential for Sierra Canyon, which is scheduled to open the season Aug. 25 in a nonleague match against Royal at Cal State Northridge assuming high school sports are cleared to start in the midst of COVID-19.

“As time goes by, we’re going to figure out which girls to group together while still maintaining social distance,” Datt said. “We are going to use a lot of hand sanitizer and social distancing.

“Normally as a coach trying to build team culture, we give each other high fives, hugs and praise. They become sisters. Those are usually the best teams. We just have to figure out how to do that with the social distancing.”