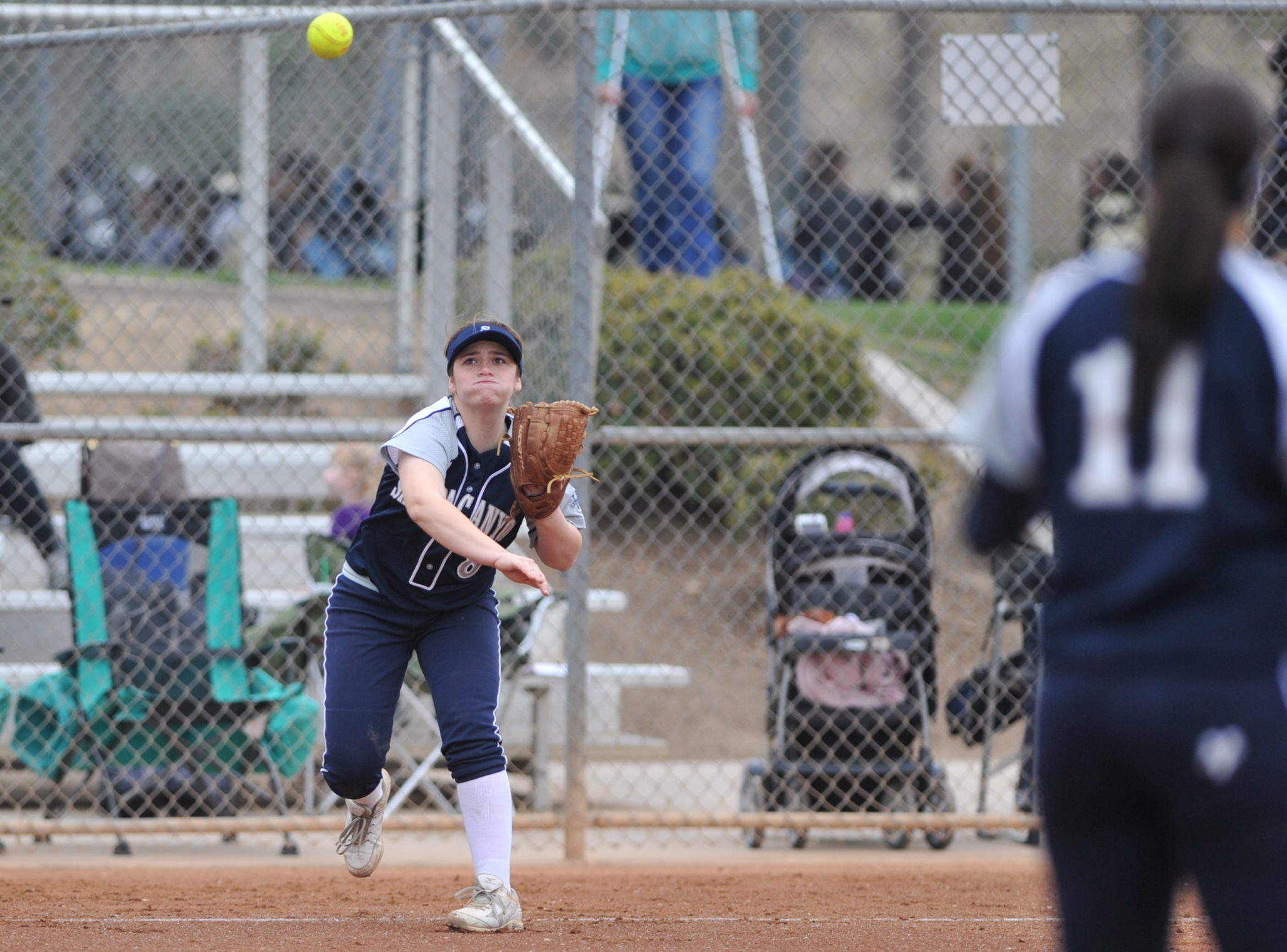 On a hot and sweltering day on the Upper Field of the Lower Campus, the softball team is seen running laps and practicing plays. The team’s new head coach, Regina Jorgenson is in the dug-out going over plays with the assistant coach and focusing on achieving a successful softball season.

Two years ago, the team made their way to the CIF for the first time, but were then sent home in the quarter-finals, while last year they successfully made it to semifinals before losing to Savannah. Last season, the team struggled to have nine players out on the field practicing and lacked a pre-season.

With returning players Drew Samson(18), Carly Beard(‘18), and Sarah Schneider(‘19), pitchers Caitlyn Rivera(‘17) and Alyssa Nunez(‘18), along with several freshmen, the team is now able to have at least 11 players practicing on the field on a day. Jorgenson says freshmen Janae Weise(‘20) and Anaya Serve(‘20) are strong additions, as well as senior Leah Krivitsky (‘17) being transferred and providing to be a valuable asset to the team. Weise (‘20) believes that the team will easily be able to achieve their goals with Jorgenson as head coach.

“With Regina as our coach, I believe we are going to win the championship and take those rings because she is a very determined person and holds us to a higher standard as a team. She knows the team and the game like the back of her hand,” Weise says.

Having coached the team for two years, Jorgenson believes that she and the team both have the same goals in mind.

“My staff and the girls all have the same goal: win each game, play hard, play as a team. We’re going to take one game at a time, and improve our game and get better and win,” Jorgenson says.

Having gotten an early start to the season with a full fall program, the prospect of winning league championships along with CIF championships is more achievable to both coaches and players..

“Having the fall program, working together, being a solid team, I think that has enabled us to already know our ultimate goal, [which is] to get the league title, going to CIF and taking the CIF, we want the ring. We have a lot of girls who want the ring, and that is huge” Jorgensen says.