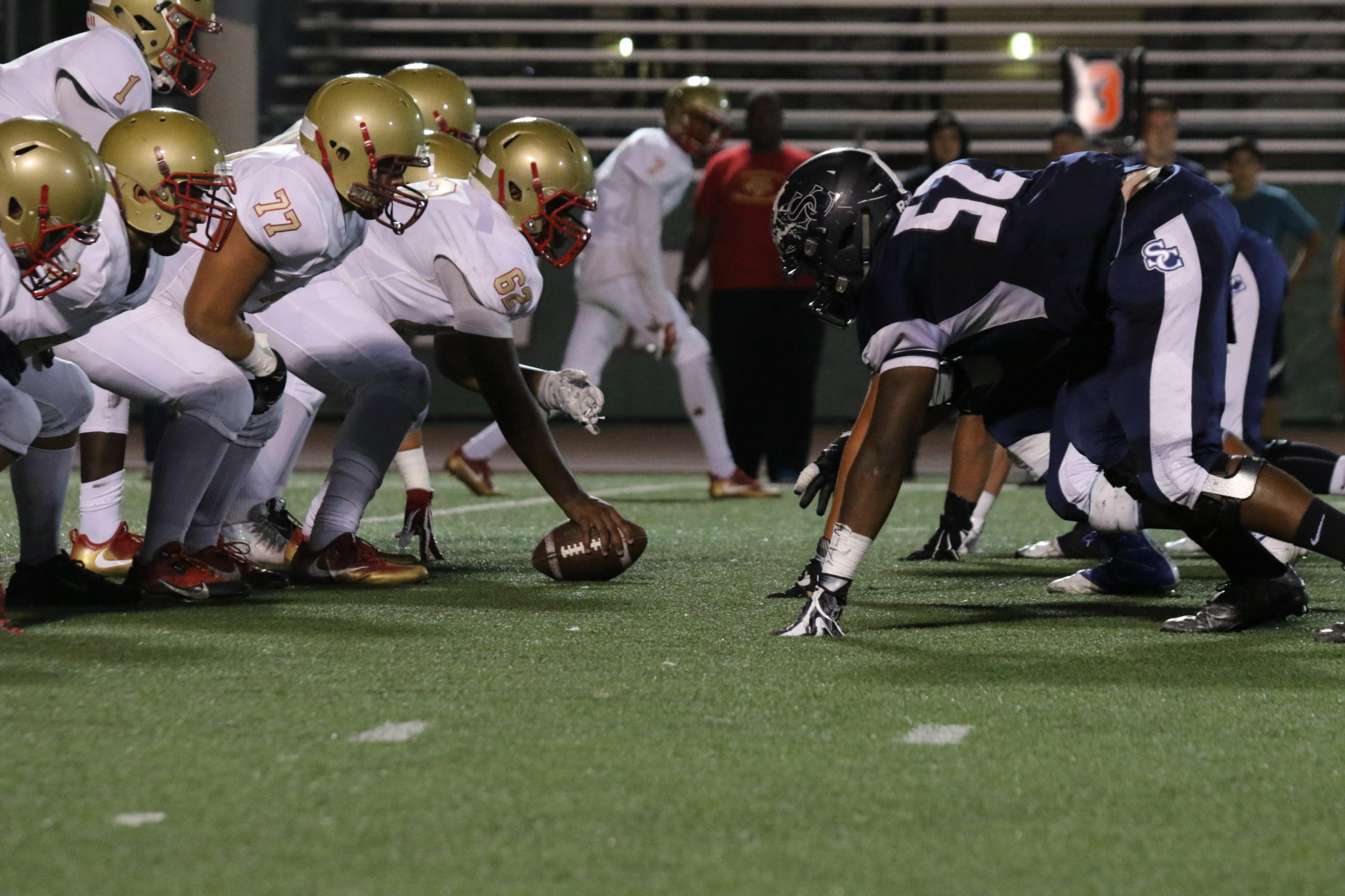 No Surprises in Win Against Taft

Everything went according to the expected script, with the Trailblazers scoring eight touchdowns in the first half.

“We get in to watch film on the weekends and we get on the field Mondays through Thursdays and grind,” Bobby Cole (‘17) said. “And we get out there and after it, and strive to be a better team everyday.”

Cole certainly is making a name for himself as one of the top running backs in the San Fernando Valley. The senior was able to gash the Toreadors defense for a total of 146 rushing yards and two touchdowns in the first quarter.

“Whether it’s the best team you’ll ever play or the worse team, you come out here and treat everybody the same,” Cole said. “You come out here with the same intensity and get after them just like you would in a any game.”

In the first half, quarterback Johnny Hawkins (‘19) threw five touchdowns for total of 162 yards.

“I thought it was pretty normal, I thought I could have done a little better, but I was happy with my performance,” Hawkins remarked. “We practice against great athletes everyday so going against Taft’s size wasn’t a big surprise.”

By the second half of the game, the freshman and sophomores were able to take the field and face some Varsity competition.

“I think our coaches get us together and working as a team,” Hawkins said. “The family aspect of the team is huge. We fight for our brothers and we just work well together.”

Next week the Trailblazers will be playing a home game against Mission Prep on Saturday, September 24, at 7:00, at Granada Hills High School.

“We’re looking forward to coming away with the win,” Hawkins remarked. “We need to work hard during practice and we will perform well.”