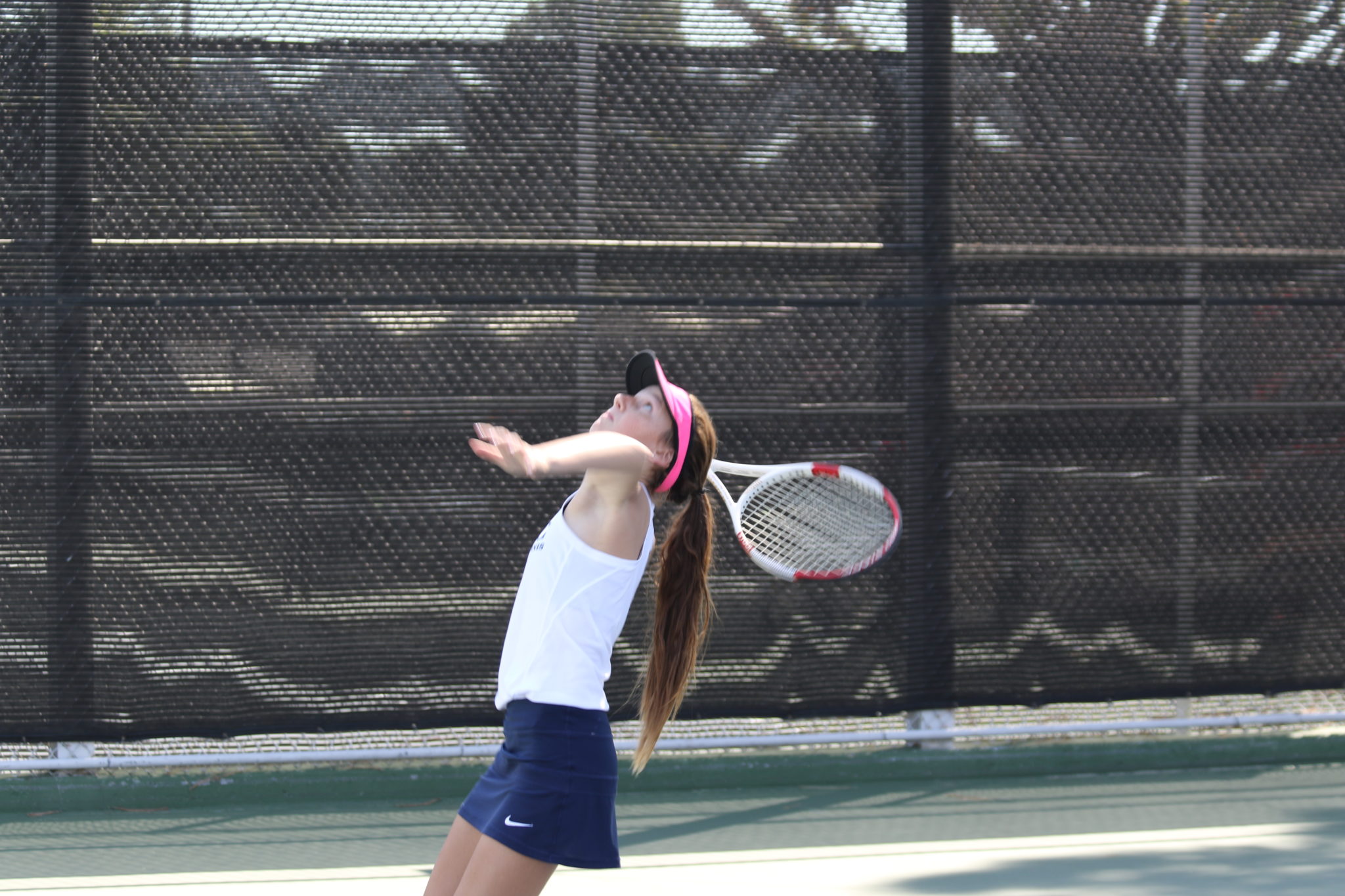 Calabasas – On Thursday, September 15, the Sierra Canyon tennis team suffered a defeat to Louisville at CSUN by a score of 12-6. It was their first loss of the season.

Number two singles player, Sammi Perry (’19), who has won all of the sets she has played in this season, did not play in the match.

“Even though we lost, I thought the team really played their hardest and put us in a position to win, said substitute Chloe Cohanim (’18). “I think we can learn more from a loss because it shows us what we need to work on.”

This was their last non-league match, and the league season begins with a match on Tuesday, September 20 against Viewpoint.

“I’m looking forward to the match against Viewpoint,” said Lily Kahane (’18). We lost to them twice last year, and I want to see if we can do better or possibly get revenge and beat them.”

The team’s record is now 4-1 heading into the Gold Coast League season. The team has confidence as it heads into one of the most difficult league schedules in the section.

“I think we have what it takes to be a lot more successful this season in league because we have been working really hard on improving and getting better,” Mia Ginsburg (’18) said.