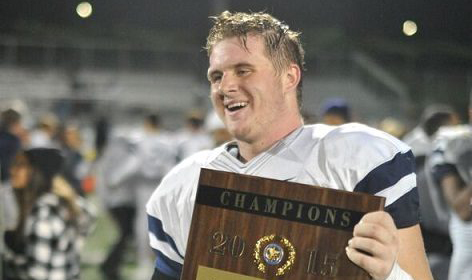 Senior Guard Kanan Ray has been named to the Max Preps Preseason All-American Team.  Ray, who has committed to play for the UCLA Bruins in the Pac-12 next season, is the first Sierra Canyon football player named to the prestigious list.  “It’s an honor and a blessing to be recognized by Max Preps, but it is only a preseason thing and it doesn’t mean too much right now.  If we have a great season as a team and I am on the list at the end of the season, that will mean much more to me,” Ray said.  Ray, who is 6 -4 and weighs 265 pounds will become the first Trailblazer to play football at UCLA and is one of the reasons Sierra Canyon went 14-1 last season en route to its second CIF Southern Section Championship.  The Trailblazers open on the road this season as they travel to Orem Utah, to face the Orem Tigers.  Kickoff is set for 6 PM Pacific Standard Time.