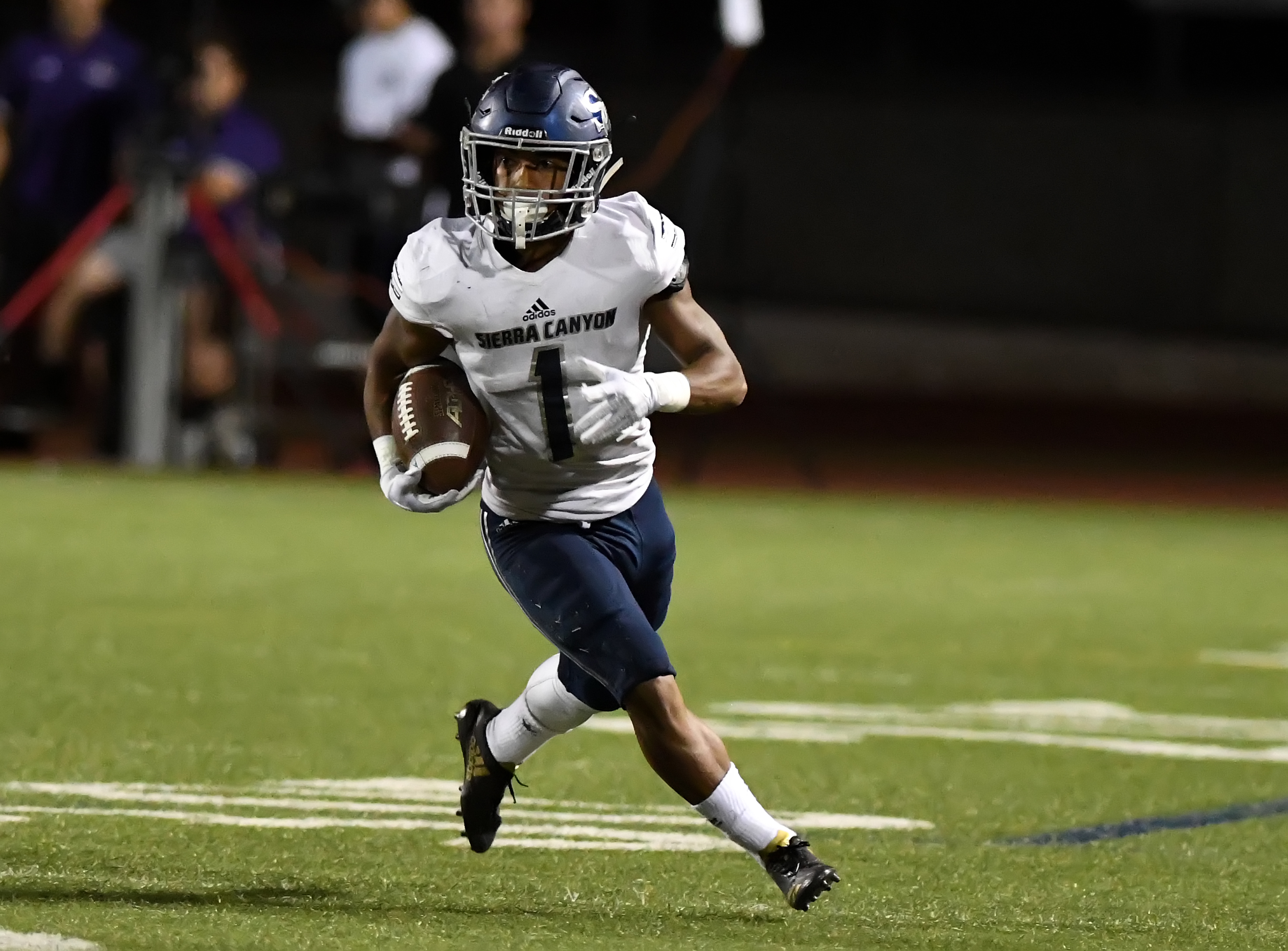 Sierra Canyon earns another impressive nonleague victory on the road; 31-7 at Bakersfield High

BAKERSFIELD — The Sierra Canyon football team had no issues Friday night playing at former state powerhouse Bakersfield. A balanced offensive attack and three fumble recoveries helped the Trailblazers to a healthy 31-7 nonleague victory on the road.

Freshman Kamari Ramsey, Joe Hixon and Ben Lee each had fumble recoveries to set up Sierra Canyon with great field position and kill any chances Bakersfield had of putting more points on the board.

Peery rushed for a short 2-yard touchdown to stake Sierra Canyon to an early 7-0 lead and later Williams rushed for two touchdowns in the second quarter. The Trailblazers led 21-0 before the Drillers got on the board with a rushing touchdown.

The game turned with two sequences; one late in the second quarter just before halftime and one two minutes into the second half. Bakersfield missed a 33-yard field goal attempt and Sumlin went in from 20 yards out for a touchdown. Instead of a 21-10 score it was 28-7 and the Trailblazers cruised the rest of the way.

Josh Bryan connected on a 33-yard field goal and Sierra Canyon could have done a Jim Harbaugh rub it in your face at USC but decided to take a knee with one minute left inside the 5-yard line.

Sierra Canyon won its fourth game in a row after two tough close losses to Westlake and Lawndale to open the year. The Trailblazers play Crespi at 7 p.m. Friday night at Pierce College looking for another nonleague win before a huge showdown with Calabasas (4-1) on October 5th at Granada Hills High School.