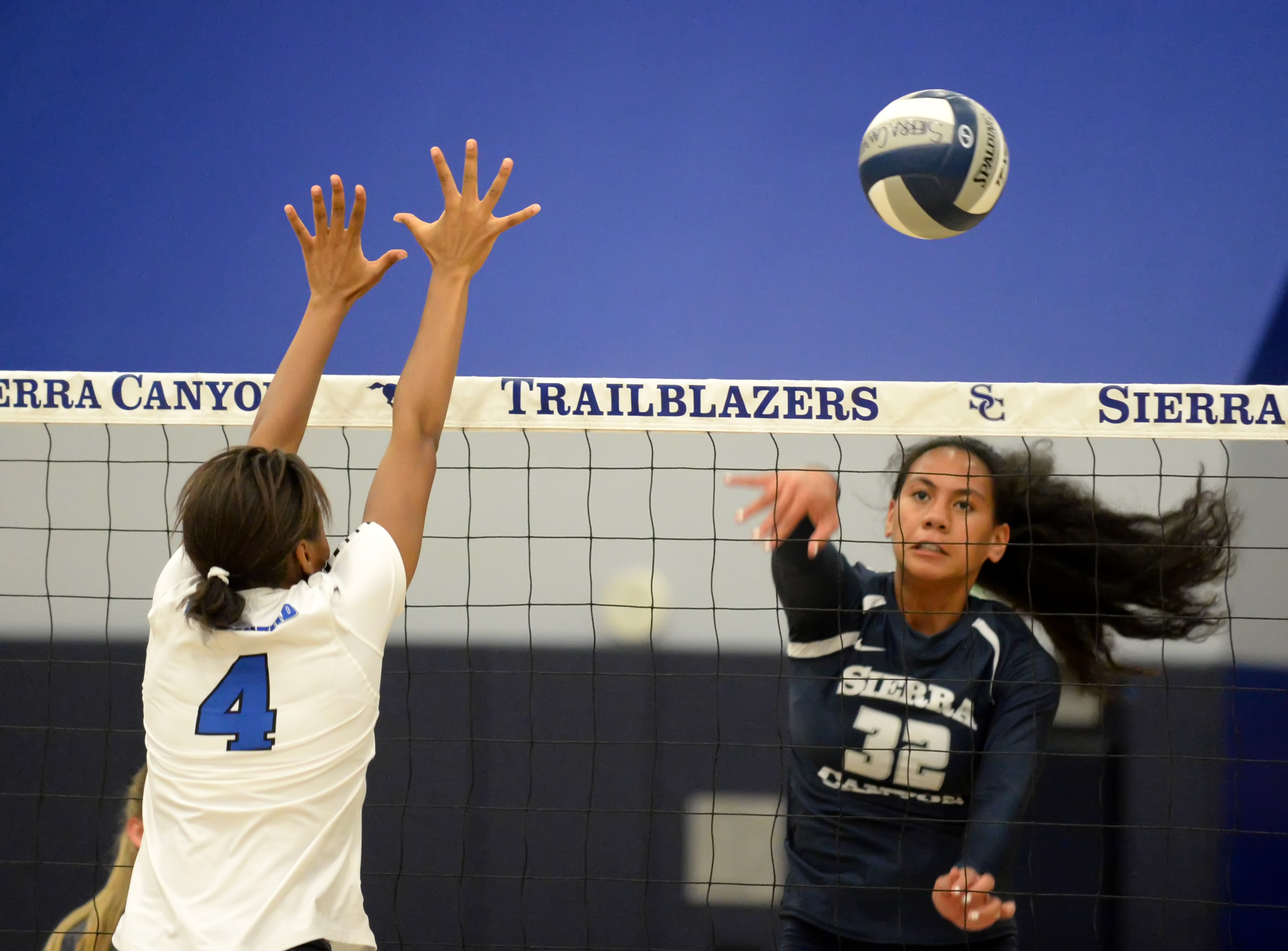 What a spectacular year it has been for the Sierra Canyon girls volleyball team. The squad improved to 19-1 overall after winning seven consecutive matches to capture the Royal tournament championship on Saturday. “I couldn’t be more proud of this group coming together to win seven matches in one day,” Sierra Canyon coach Stefanie Wigfall said. “We set a goal and accomplished it.”

The day started with pool play victories against Granada Hills and Canyon. Dos Pueblos (ironically enough) was in the same preliminary round pool and the Trailblazers took care of business to enter the playoff round on a roll.

In the first round of the playoffs, Sierra Canyon beat Royal 25-10, 25-19 and won its semifinal match before tripping up Dos Pueblos for the second time.

Earlier in the week, the Trailblazers won at Brentwood and beat Windward at home. Sierra Canyon has now won 50 consecutive Gold Coast League matches and has won 124 sets in a row. Both marks date back to October of 2015.

The Trailblazers host Crossroads on Tuesday and travel to Campbell Hall Wednesday as they continue the march to a fourth consecutive undefeated league campaign.