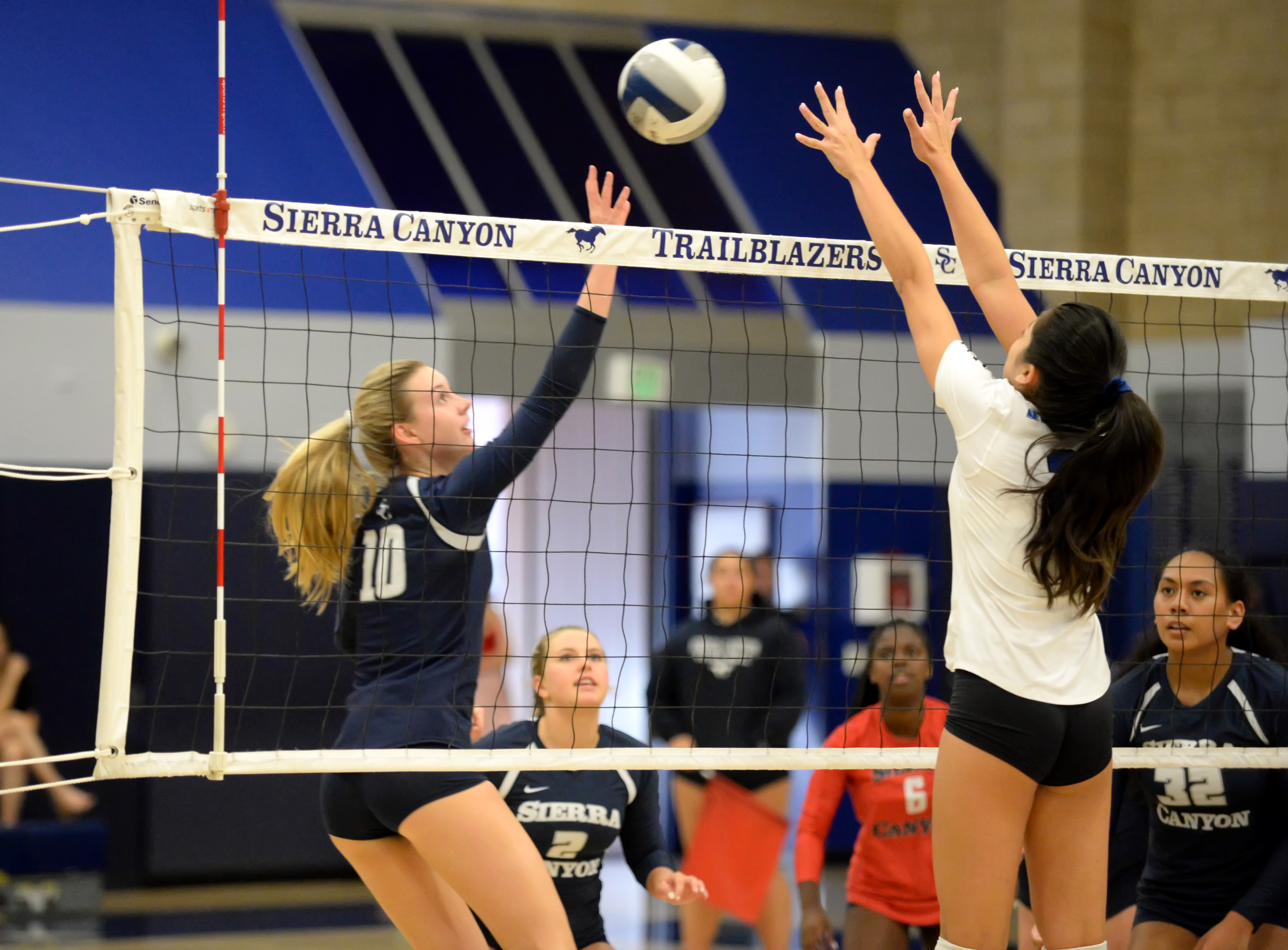 The initial euphoria that the CIF Southern Section was going to allow a high school sports season in the midst of a pandemic gave way to a realization.

How exactly will one pull this off?

With a condensed season that presents logistics challenges on many fronts, the potential for Armageddon scenarios loom large.

Luckily Sierra Canyon has its own Bruce Willis-sized answer in Athletic Director Rock Pillsbury, who has overseen 12 state titles and 14 section titles since the school’s inception 13 years ago.

“There’s going to be a lot of moving parts,” Pillsbury said. “A condensed schedule, playing multiple sports simultaneously, it’s going to be crazy.”

Football, volleyball and cross country will begin their seasons in January. All the other sports will begin in March.

The doomsday scenarios are numerous.

Facilities will have to be shared. Sometimes athletes will need to be shared too for a school like Sierra Canyon that relies on multiple-sport standouts.

Scheduling will have to be creative not just in games but in determining practice times and locations. Transportation will be tricky too with COVID-19 guidelines.

The prevention of COVID-19 enters into the equation too.

The key will come down to preparation and the ability to adjust quickly to changing scenarios.

“We’ve got backup plans to backup plans,” Pillsbury said. “We can’t go too deep because it’s a waste to have too many contingency plans when you don’t know what is going to happen. We’ve done the best we can to move all the schedules around.”

Finding enough practice time will be a major challenge, especially with certain sports being pushed into an entirely different season.

For example, Sierra Canyon football coach Jon Ellinghouse likes to have his weekly walkthroughs the day before Game Day. But with concerns about inclement weather in January that would disrupt the precision of a walkthrough, Pillsbury decided to head off this problem by scheduling the walkthroughs in the gym.

That solution takes away gym time from the national powerhouse basketball teams and the volleyball teams that are going to be gearing up for their seasons.

There could be an issue with baseball and soccer being played at the same time because those facilities do not have enough space to host games simultaneously.

This will require precision scheduling, from both Pillsbury and the opposing athletic directors.

“You have to think of everything,” Pillsbury said. “I’ve found over the years that ADs (athletic directors) who are not good at scheduling are usually ADs who were not coaches. There’s an art to scheduling. You have to know different factors.”

Pillsbury said he is trying to limit scheduling games on Friday and Monday to give athletes a chance to compete in the weekend tournaments and have a chance to recover.

Pillsbury is also trying to stagger game days for teams that have to share athletes with other sports.

“It’s going to tip the scales toward the big schools and make it more difficult to have the success that we’re used to,” Pillsbury said. “These scenarios make it harder on the AD, but I rather take on this responsibility rather than have a kid not being able to play somewhere because of a scheduling conflict.”

With the success of its athletic programs, Sierra Canyon has traveled throughout the state and even across the country for marquee matchups against the best competition.

But due to COVID-19 concerns about travel and the cost of adding transportation to accommodate the COVID-19 guidelines of social distancing, Pillsbury is trying to curb travel.

Pillsbury said he will try to avoid out-of-state matchups and is trying to find more local matchups and tournaments. Pillsbury is also encouraging parents to drive their own kids when possible.

“We’re not going to travel to the magnitude that we have in the past,” Pillsbury said. “We are trying to stay local as much as possible.”

Pillsbury said he asked his contacts in Texas how they are handling athletics in the pandemic.

“The main thing is you have to make a decision on how to handle a potential outbreak. Do you forfeit or do you reschedule? Do you have contingency plans,” Pillsbury said. “We know we are going to start on time and stick to this schedule laid out by CIF no matter what.