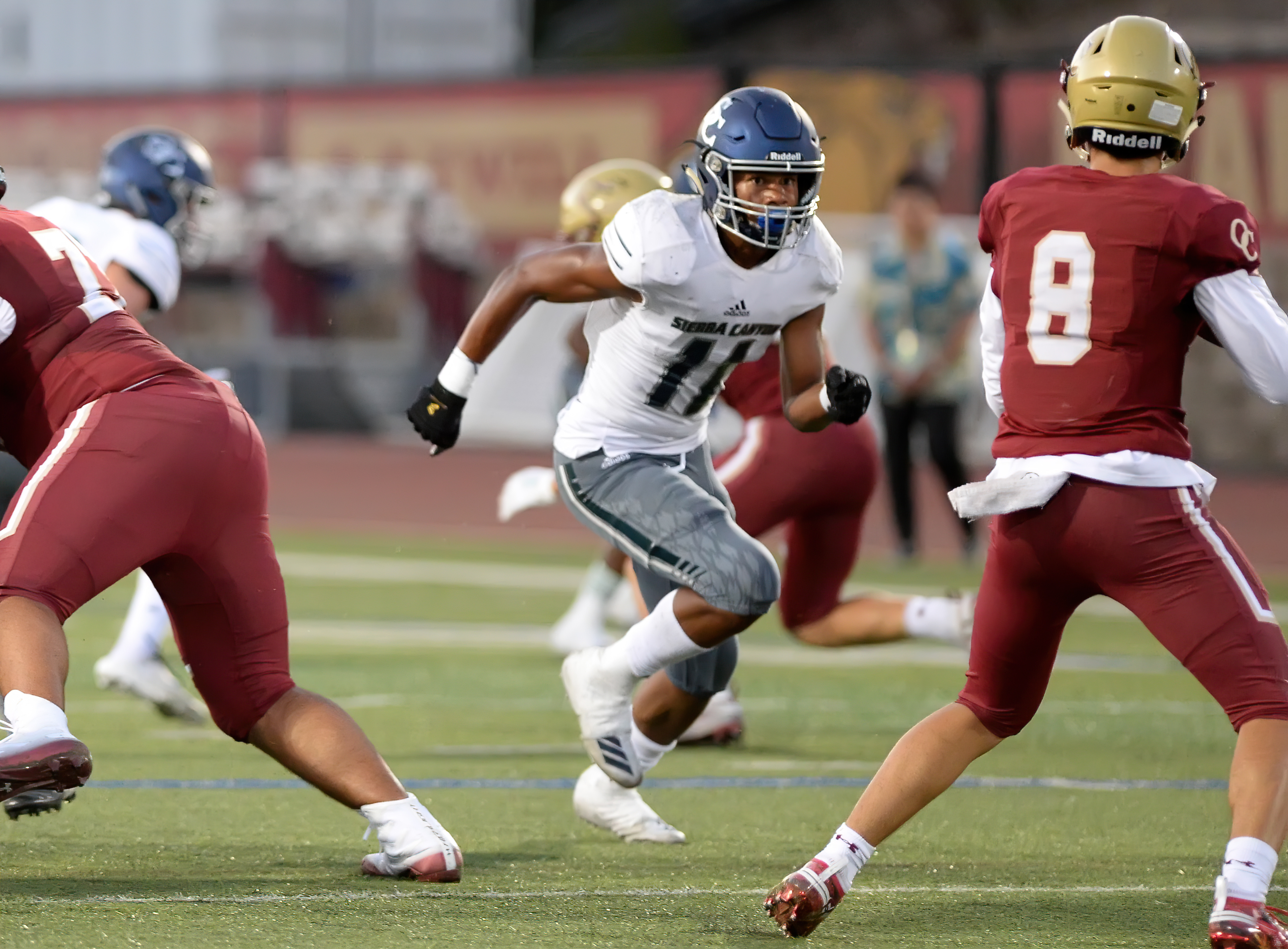 Ultimately Long took a virtual campus tour before ultimately committing to Columbia without ever stepping on campus.

Welcome to recruiting in a COVID landscape.

“It was cool – I saw the whole campus virtually, and I really liked the facilities,” Long said. “It was a good presentation.”

Long became the eighth Sierra Canyon football player to commit to an Ivy League school in the last nine years.

It is a phenomenon that Sierra Canyon football coach Jon Ellinghouse takes a lot of pride in, even coming up with a hashtag for social media.

“It is always such a pleasure to have a player achieve the highest success both on and off the field,” Ellinghouse said. “He is going to one of the most prestigious universities in the world while playing Division 1 football. Terrell is a great find for Columbia, and I have no doubt he will make us proud.”

Long maintained a 4.0 grade-point average with a slew of honors courses.

It was a triumphant moment for Long, who sustained a hamstring injury in Week 3 after transferring to Sierra Canyon from Harvard-Westlake.

“Terrell has been faced with a lot of injury challenges, but he always kept a great attitude and work ethic,” Ellinghouse said. “It is awesome to see great things happen to great people.”

Long had seven catches for 136 yards and one touchdown last season before the hamstring injury.

Long had 40-yard catches against both Westlake and Valencia last season and notched a touchdown against Oaks Christian.

Long worked hard to rehab and return to play in the CIF playoff opener against Santa Margarita, but said he re-aggravated his injury and shut his season down.

“I feel I have a lot to prove this year, even with the commitment to Columbia,” Long said. “I just want to show I can compete with everyone else.”

Sierra Canyon is coming off back-to-back CIF championships and back-to-back Regional bowl victories. Once again, the Trailblazers have moved up in divisions and begin ranked No. 7 in the preseason Division 2 poll.

Long figures to be a big target for quarterback Chayden Peery and an offense that totaled 6,557 yards and 60 touchdowns.

Long said due to the pandemic, he has had time to strengthen his hamstring.

“I am probably at about 90 percent and I have been practicing with no complaints,” Long said. “I did some hamstring exercises at home, and I don’t feel as nervous as I did last year with the hamstring. I’m not holding back now.”

Sierra Canyon opens the pandemic-delayed season on Jan. 8 at Calabasas. Long said he is amped to get going and

“I’m looking forward to the season – it’s going to be nice,” Long said.