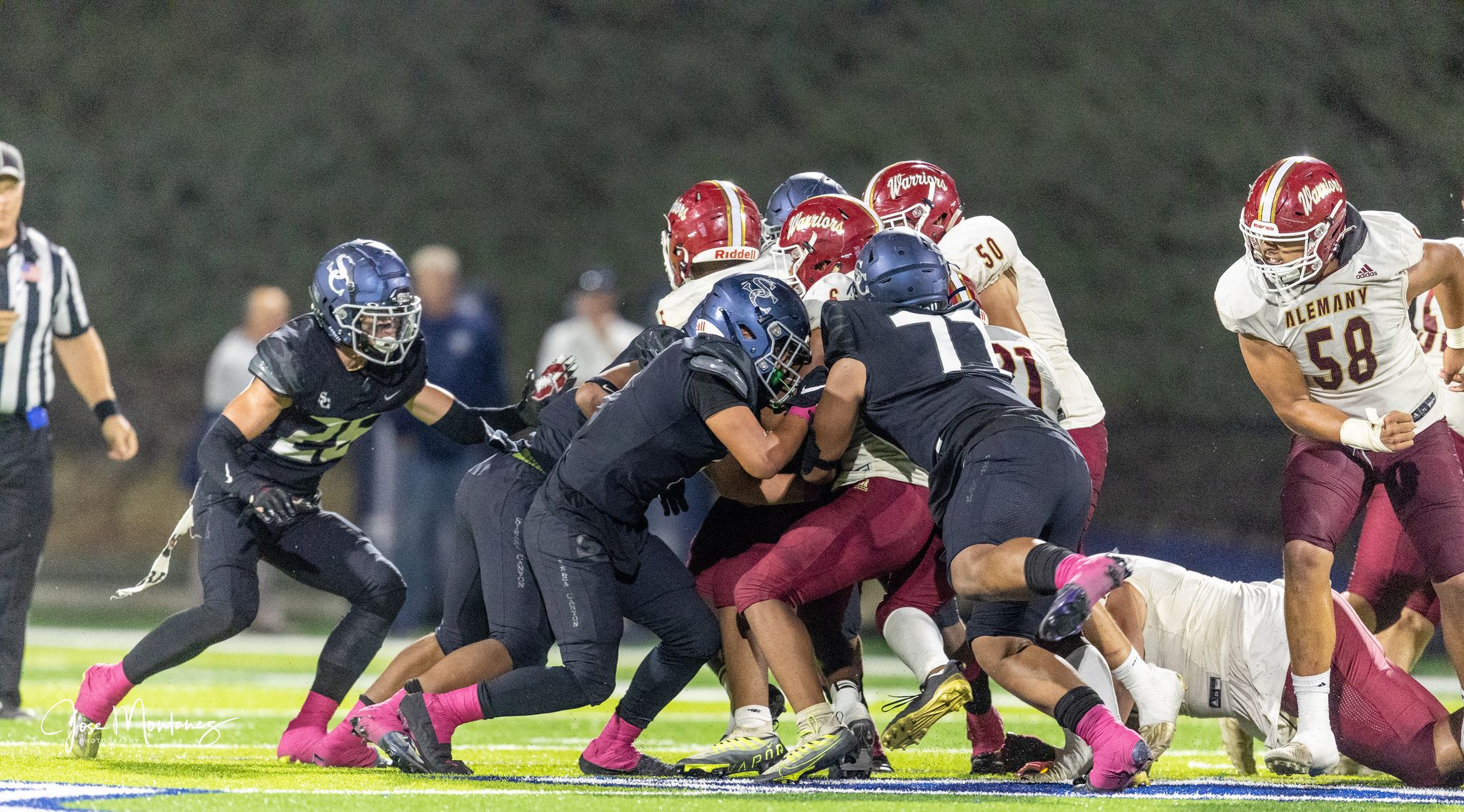 The Sierra Canyon football team took a giant step toward a playoff berth after an impressive 42-0 Mission League victory against Alemany on Friday night.

It was senior night in Chatsworth and Xavier White didn’t disappoint. White recovered two fumbles, including returning one 18 yards for a touchdown in the second half.

The Trailblazers (3-4, 1-1) recovered three fumbles and had a 36-yard interception return from Jae’on Young, setting up another touchdown.

Terrell Cooks and Dane Dunn each rushed for a touchdown. Sierra Canyon led 28-0 at halftime and never looked back. The fourth quarter was played with a running clock.

Alemany was led by running backs Jeremiah Claiborne and Paden White, the emergency quarterback now with C.J. Ceron out for the year with a broken foot.

Claiborne and White were continuously stuffed by Cameron Brandt, Nevada Miller, Carnell Ferguson, Carmel Crunk and a host of other Trailblazers.

Friday’s victory not only got rid of the bad taste of last week’s devastating 31-28 double overtime setback against Bishop Amat, but gave the Trailblazers their first victory in the brand new on-campus stadium in four tries.

Sierra Canyon has a huge road test at Serra of Gardena next week with playoff berth implications on the line.