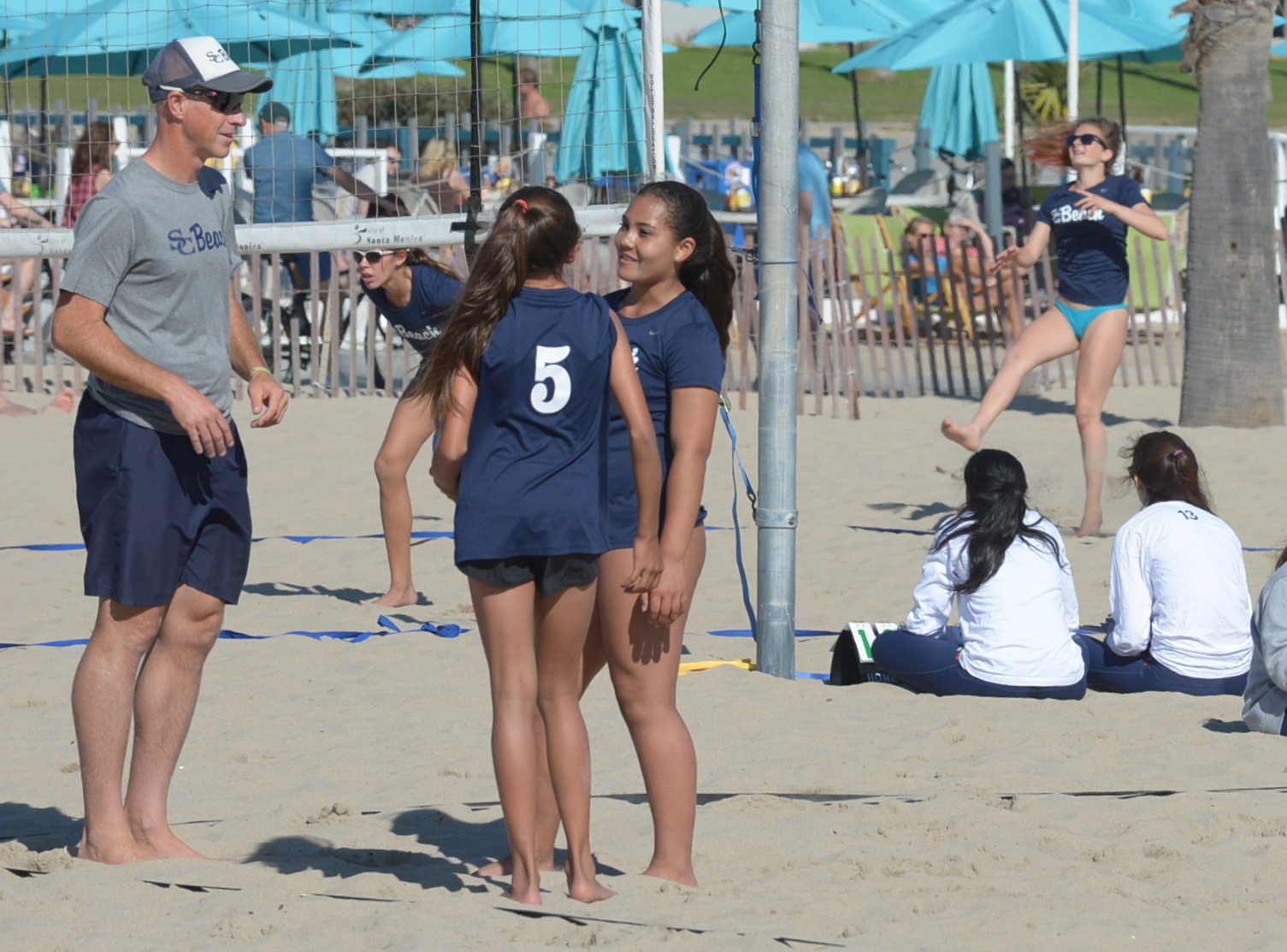 By:  Joshua Park, The Standard

They have already won League Champions and made it far into playoffs last year, and this year, the Beach Volleyball team is making a splash in their new season. Yet for this less-known team, the biggest problem isn’t the ability of its players, but the momentum it needs to gain to become a more established team.

“So far the team is still trying to get to know each other because we have just started practicing, but we are accomplishing more and more each practice and everyone is getting better,” Kayla Tait (‘19) said.

This year marks their third year as a team. Practices and league games are held at Metro Beach, a facility in Chatsworth, but playoff games are usually held in Santa Monica. The biggest difference between beach and regular volleyball is the elements- players have to play in the wind, sand, and sun. Also, only two players from each team are allowed on the court at each time.

“There’s tournaments at Hermosa, Huntington, all the way to Coronado. The court is a lot smaller, which makes it easier to cover more ground. It’s more fun, because on the beach you have the opportunity to [both pass and hit],” Brooke Golik (‘18) said.

For now, the players are hoping that this season will be just as successful-if not more- than the previous one.

“The team is planning on improving by just showing up to practice each day and being willing to learn and grow in the sport. In the future, I see us winning another league championship and making it farther in the playoffs than last year,” Tait said.

Their first game will be played on March 7 against Notre Dame and Sherman Oaks away.