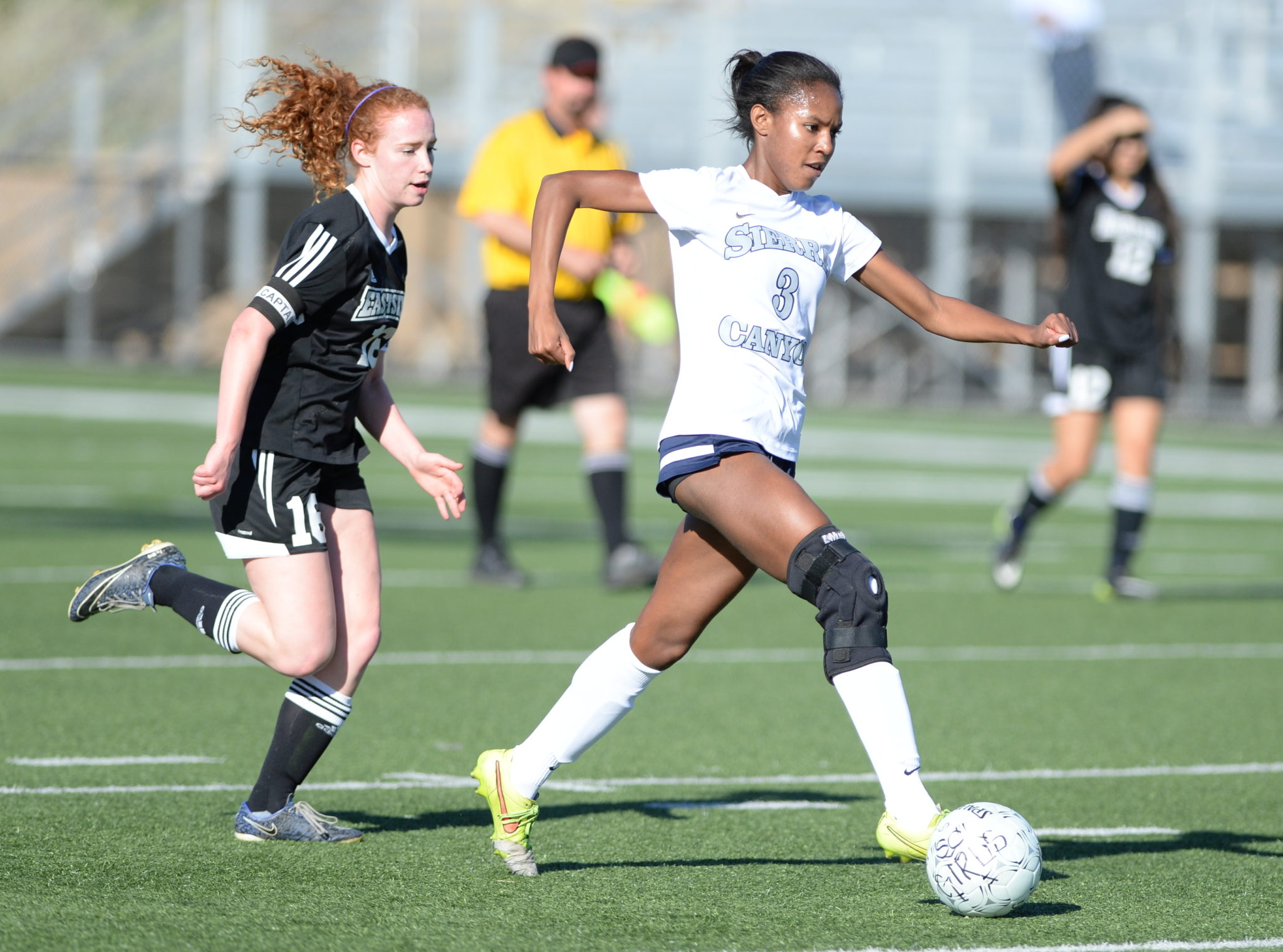 By:  Brianna Oard, The Standard

After beating Alta Loma 1-0 in the third round of CIF Division Four Playoffs on Feb. 25, the Girls Soccer team advanced to the semifinals. Freshman Ryley Tanner (‘20) scored the lone goal of the match. Today, the team plays in the semifinals against Bishop Alemany at Alemany and the Trailblazers enter the game with an 18-3-2 record. Earlier this season, both schools played each other on Dec. 10, with the Trailblazers winning 4-1.

“Since we have already played Alemany and beat them, I think we just need to play our game and play how we usually do, defending hard and taking every chance we get to shoot and score,” Emma Hirsch (‘17) said.

Entering their final league game on Feb. 7, the team had to win the game against Campbell Hall to clinch their seventh consecutive league title. Sierra Canyon won 3-0 with goals from Brittany Sacks (‘17), Tatum Solis (‘20), and Taylor Mitchell (‘17). Bri Davis (‘18) had two assists and Brooke Golik (‘18) had the other assist. In addition, the game was senior night, where the team honored Sacks, Mitchell, Hirsch, Alina Aslanian, Angelica Cooney, Brooke Lodin, Emmi Eisner, and Natasha Anker, in a ceremony before the game. With the win over Campbell Hall, the team co-won the league title with Brentwood and Viewpoint due to all three teams finishing with a 9-2-1 record in league. No tie breakers were used in determining who won the league title, according to Head Coach Kristy Walker.

“It was amazing to win all together just knowing how much work we put in through the whole season, celebrating all of us as seniors together, just playing together as a team, and to know all of our hard work really paid off because we have been working for so long. [winning league on senior night] felt really good,” Lodin said.

Solis’s goals for the rest of postseason include playing to the best of her abilities to help the team advance to the CIF championship game. As the team is in the midst of playoffs, the team atmosphere during this crucial time period is serious and focused while also excited and a good environment, according to Walker. Ultimately, the goal is to win CIF and then the CIF Regional title.

“ [For practices during playoffs], we are continuing to work on our strengths and working on what we need to do with each opponent that we play because we find out a little about them,” Walker said.

The three co-champions of the Gold Coast League participated in a coin flip to determine the playoff seeds, where Brentwood came in first, Viewpoint came in second, and Sierra Canyon came in third. As a result, the team had to play a wild card playoff game on Valentine’s Day, which they won 6-0 over Eastside. Tanner (‘20) scored two goals while Solis, Davis, Mitchell and Bobbie Golik (‘19) each scored one goal. In the first round, the team beat Sierra Vista 2-0, with goals from Davis and Mitchell and West Covina 1-0 in the second round, with Solis scoring the golden goal in the last few minutes of the first overtime period.

“The game against West Covina went the way we wanted it to because we got the win in overtime. But, this team was a very tough opponent. Overall, I think our team played with fight against a tough opponent,” Solis said.