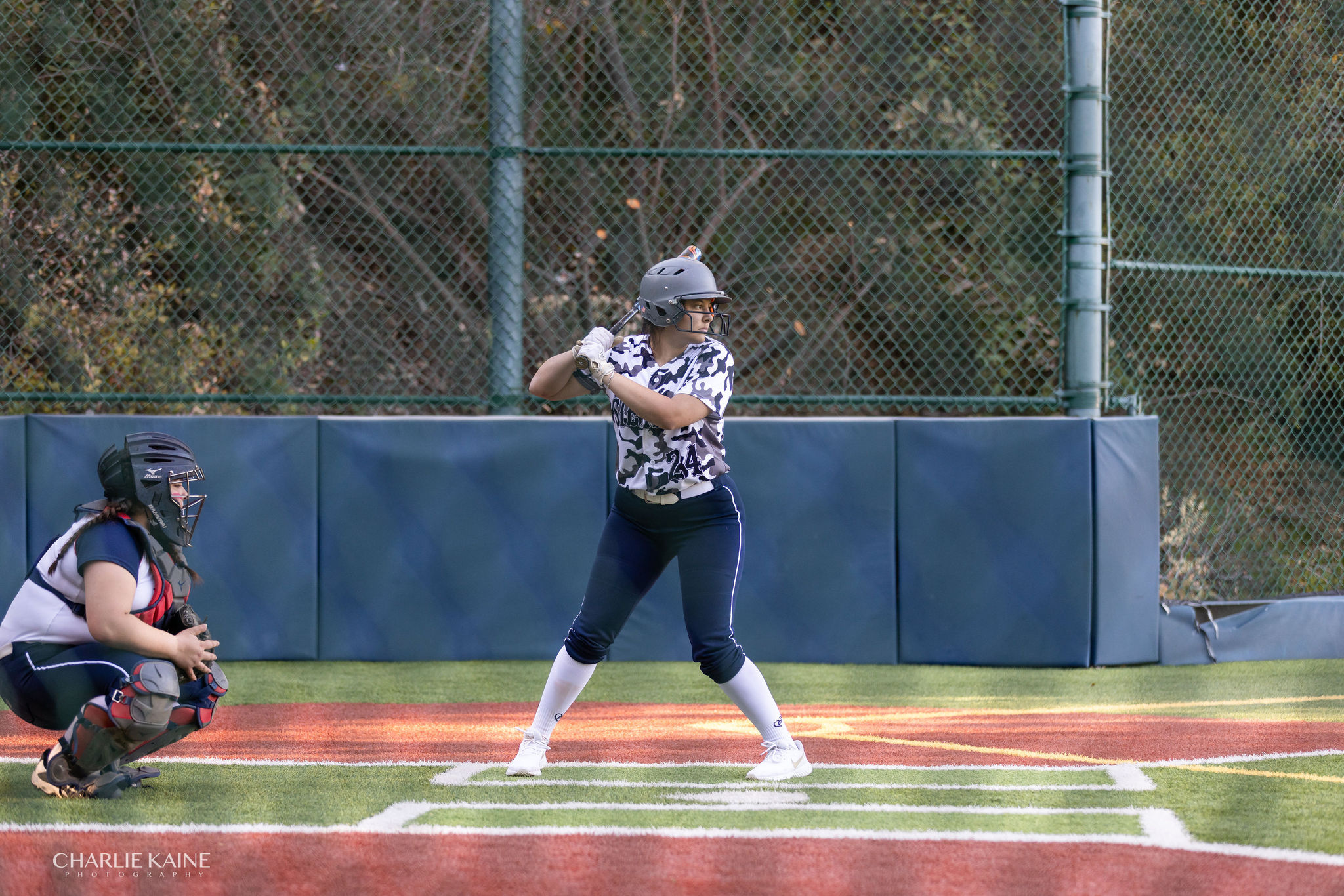 That was what separated Sierra Canyon sophomore Hailey Shuler from a perfect game against Gold Coast League rival Viewpoint.

That 3-2 pitch was launched for a solo homer, an imperfect ending to an otherwise commanding season-opening performance.

Shuler struck out a combined 23 batters in 11-0 and 7-1 Gold Coast League victories over Viewpoint to start the season, throwing down the gauntlet for what could be a banner season for Sierra Canyon.

“We have some extremely solid pitching,” Sierra Canyon coach Regina Jorgensen said. “Only seven balls were in play in the last two games.”

Shuler’s first two starts will serve as an appetizer, something to whet the palette as Sierra Canyon awaits the arrival of two impact players.

Jorgensen said Kendall Huddleston – a key returner who has been sidelined with a shoulder injury – is expected to be cleared medically sometime this week and will also be valuable and versatile.

Sierra Canyon’s schedule begins to ramp up when Mertes and Huddleston arrive.

Sierra Canyon will travel to Notre Dame for a nonleague showdown on March 22 and travels to perennial power Oaks Christian on March 25. There will be a home Gold Coast League matchup against Campbell Hall sandwiched in-between on March 24.

“On the 22nd, we should have everyone,” Jorgensen said. “I love these matchups against Notre Dame and Oaks Christian. Every year, it’s always very competitive. We always compete.

“We want to go there and show them what we’ve got. We’re small but mighty.”

Shuler and Madelaine Debs give Sierra Canyon a pair of aces in the circle.

Shuler recorded 65 strikeouts and just seven walks in 43 2-3 innings last season as a freshman and had a miniscule ERA of 0.32.

Debs, normally the starting first baseman, filled in at shortstop in the first two games as Sierra Canyon waited on Mertes. Debs, also the school’s starting goalkeeper for the soccer team, will be expected to rack up several key innings as well.

“Hailey and Madelyn are both hitting 60 mph – and I am pleasantly happy about that,” Jorgensen said.

Jorgensen also credited catcher Lianna Lara for her handling of the pitching staff and said Lara will be pivotal to Sierra Canyon’s success this season.

Lara also showed she is a threat at the plate with a pair of doubles against Viewpoint.

“She is doing a great job of holding it together for us,” Jorgensen said. “We need to keep her healthy. She is learning a lot. And all the pitchers have confidence in her.”

The arrival of Mertes and Huddleston should lengthen an already dangerous lineup for Sierra Canyon.

Outfielders Sydney Schneider (a Washington University recruit) and Olivia Madkins are both viable threats at the plate and provide stellar defense.

“Nothing drops when they are out there,” Jorgensen said.

Shuler showed off her power, cranking a home run in her first at-bat of the season. Ava Debs recorded a triple as one of the offensive highlights.

“We’re a quick team – we do a lot of stealing,” Jorgensen said. “This team also makes great adjustments. Someone might not have great contact in their first at-bat, but they will come back and correct it the next time up.”

Jorgensen said this year’s squad is ready to leave its mark.

“Every single game is building to the playoffs,” Jorgensen said. “We do not want to repeat what happened last year. It was a shock. Everyone is taking the same approach. One pitch at a time, one inning at a time.