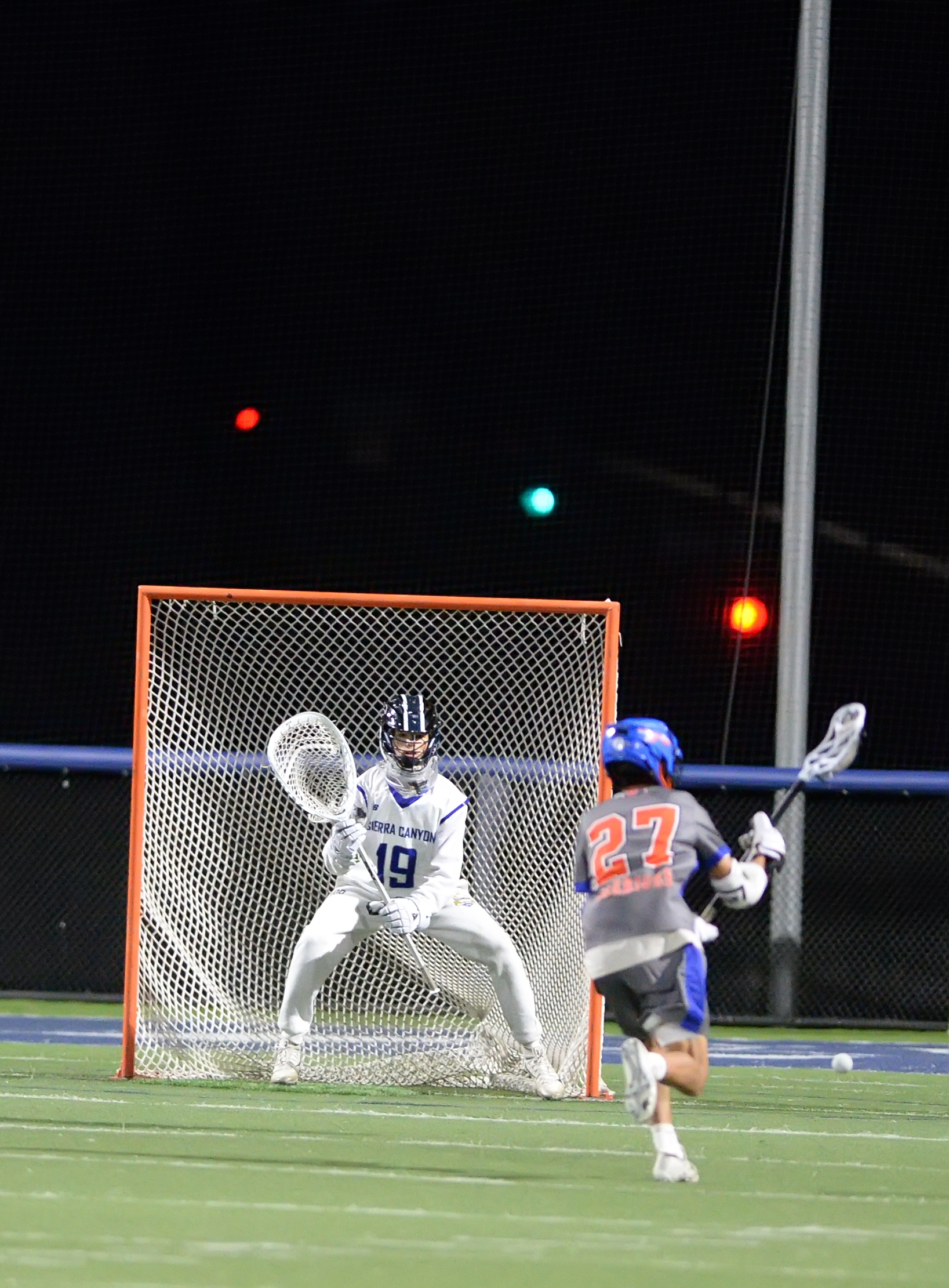 Lacrosse backing down from nobody

Sierra Canyon lacrosse coach Mario Waibel is never one to back down from a challenge.

With one of his most talent-laden squads ever, Waibel lined up an ambitious schedule designed to test his team.

“We have done exceptionally well, better than I anticipated,” Waibel said. “We had to figure out who we are, and the boys have stepped up.”

Sierra Canyon has blazed to an 9-2 start against a formidable schedule, showcasing an impenetrable defense and a creative offense that is aiming for its eighth consecutive Gold Coast League crown and a potentially deep postseason run.

Tesoro was ranked No. 6 in the Southern Section, the marquee victory of the season.

“That was a big, big win for us,” Waibel said. “There’s no quit on this team. We have some really exceptional talent on the roster, but in games, there’s no panic, no quit. They keep pushing, they work world and they are playing for each other.

“It’s a blessing for these guys to accomplish what they are doing against some really established programs.”

It starts with the defense.

Oberlin College-bound goalkeeper Jake Pillsbury is a returning All-American who is the backbone of the defense.

Breaking through against this defense is no easy feat.

“Jake is a super high-quality goalkeeper, and he is proving it every game. He has some of the best outlets I have ever seen,” Waibel said. “He’s outstanding, and he allows us to do a lot of different things defensively.

“This group is disciplined, they are physical and they handle the ball. It gives us a different dimension, which is a luxury as a coach.”

Waibel said his midfielders are having quite an impact.

Ben Graham and Boden Stillmak have the potential to take over a match in the midfield.

Brad Conners and Mykolas Petraitis have also had standout seasons.

“Jackson and Bo have been absolutely impressive,” Waibel said. “They are horses. They have turned games around for us. They are playing like monsters.

“Brad and Mikki are also establishing themselves. We have the weaponry, a lot of tough players. And that talent allows us to take chances.”

Sierra Canyon will continue to ramp up the schedule as it builds toward a potential playoff run.

It will take on Crescenta Valley on March 24 before traveling to Las Vegas to take on a pair of Nevada powers in Bishop Gorman and Faith Lutheran.

Sierra Canyon closes the regular season April 28 at home against Brentwood in a match that will likely determine the Gold Coast League title.

“We still have some big games, which was why this initial run was so huge,” Waibel said. “We always want to push ourselves through adversity or success and come back tougher, stronger and better than before.

“Each group of seniors is different. This group definitely wants to leave a legacy.”