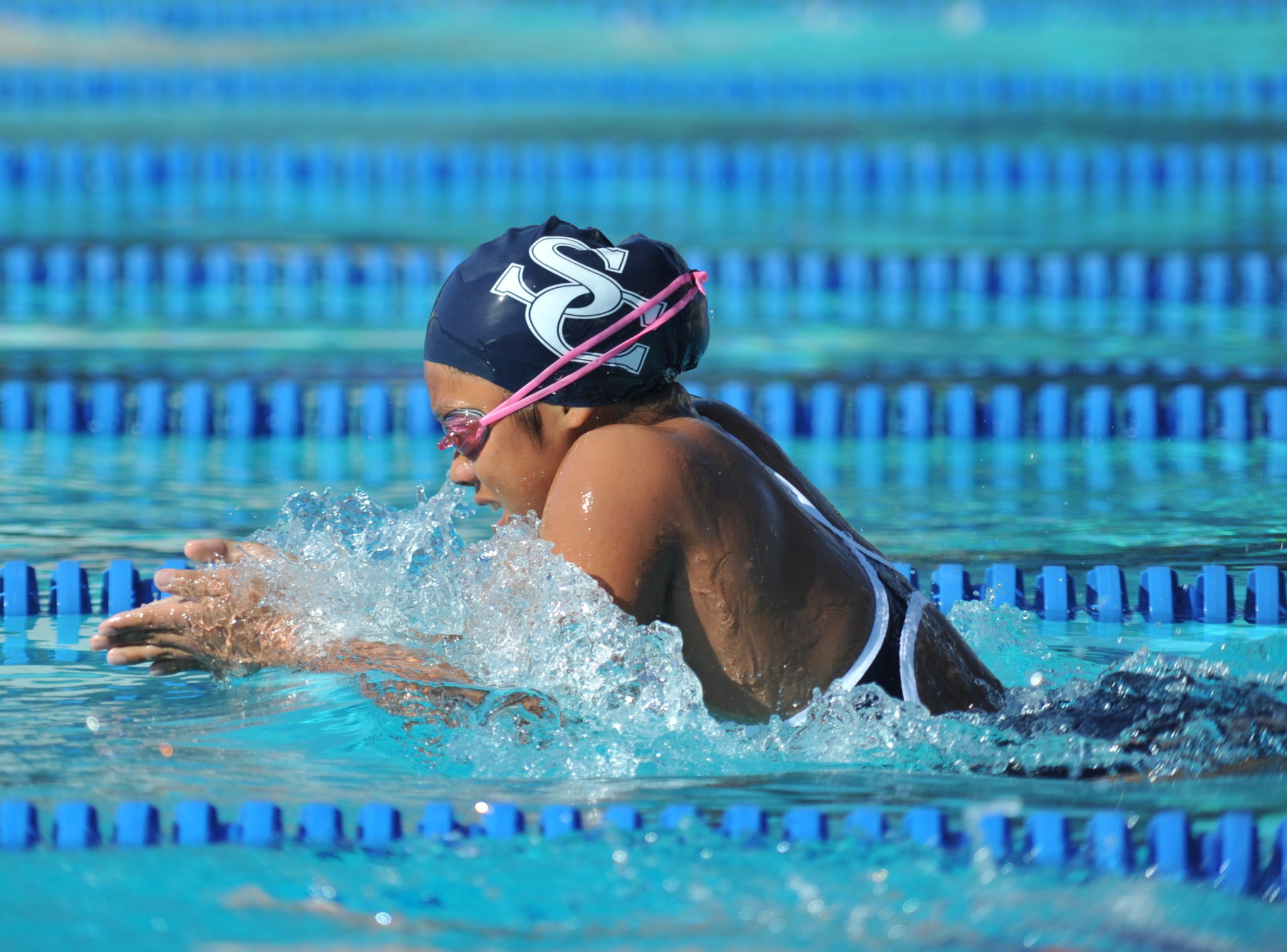 The swim team started off the season with a season opener match against Flintridge Prep on Thursday March 3. Their next meet is March 17 against Poly Pasadena.

“Our first meet couldn’t have gone any better. Our girls and boys relay dominated both events and our girls relay even qualified for CIF on the first meet. As for individual races, we did really well. We took first or second in mostly every event even though there was some competition. I’m really proud of where our team stands now and I can’t wait for the rest of the season,” Gazelle Umbay (‘18) said.

The boys were unable to qualify for CIF in their first meet, but the girls were. Johnson, who is only a freshman, has stepped up and was able to bring something to the girls relay team to help them qualify so early on.

“I wouldn’t say I’m super vital to the team, but I mean think that everyone plays a really big part. Without one of us we wouldn’t be a team and wouldn’t be able to be how good we are now,” Johnson said.

Johnson states that swim is a lot of fun and she has already made a lot of friends. The atmosphere of the whole team has been welcoming and everyone has been nice to all incoming students who are new or have joined the team.

“During warmup I was feeling great and all of a sudden my left knee started hurting really badly. Despite this, I swam really well in the 100 freestyle and 200 medley relay which I led off. My knee eventually hurt so badly that I could not swim my final race, the 100 breaststroke, which I scratched. Fortunately now I am all better,” Alex Feldman (‘18) said.

With no seniors on either relay team, both teams will also have another chance next year to compete in CIF qualifiers. The girls relay was able to already get a spot in CIF qualifiers in their first meet which is the earliest qualifier the team has ever gotten.

‘I think the team could have more swimmers swim at CIF whether that’s for an individual event or in a relay. But, it takes a lot of constant practice. Mr. Biondi has been pushing everyone a lot more in practice, but it won’t happen overnight,” Umbay said.

The team has already begun to take steps in the right direction and get better in their journey to send as many swimmers as possible to CIF.

“So far this season there is no improvement to be made to the swim team because everything has been great so far,” Feldman said.