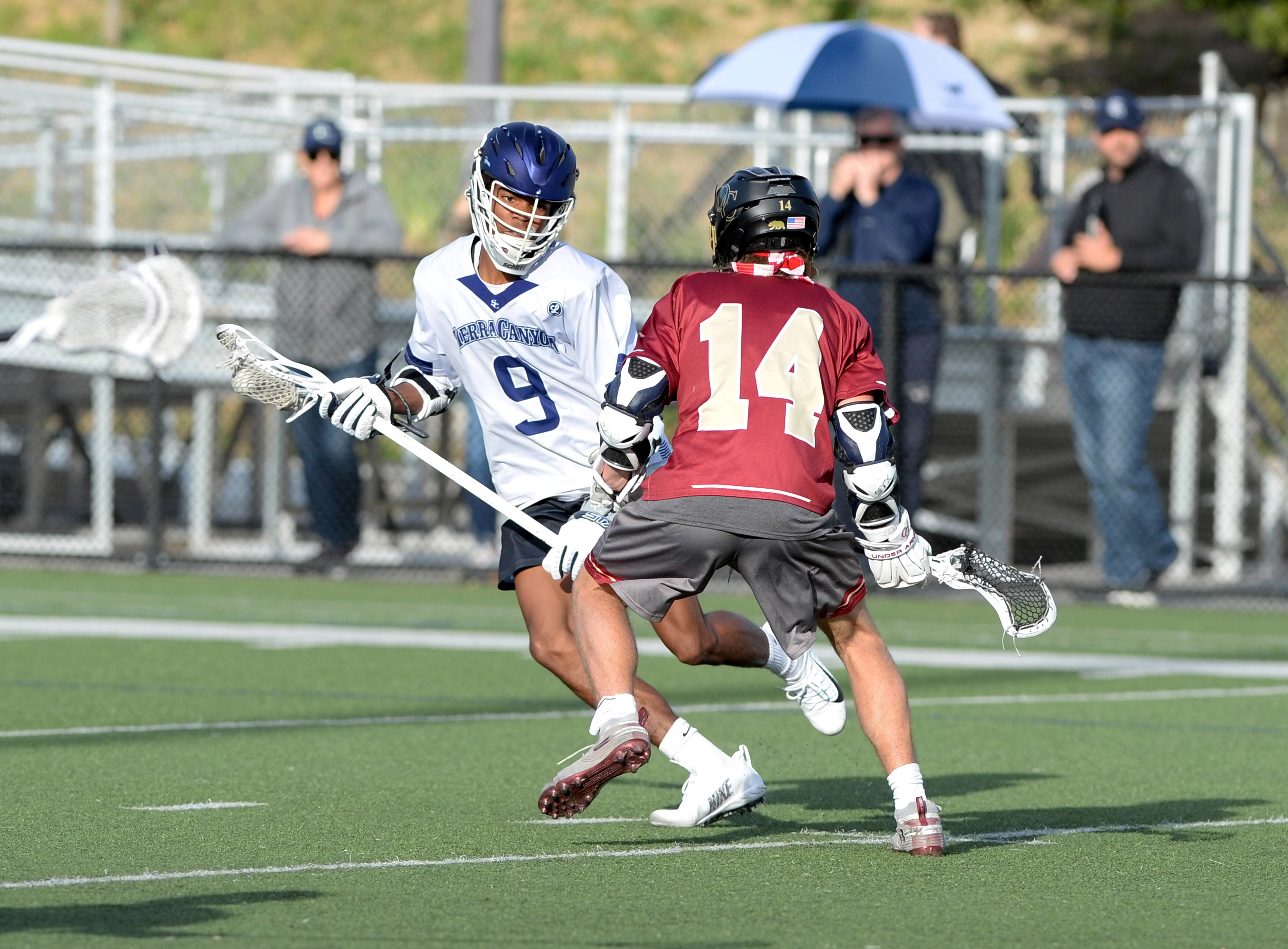 #studentfirst Jackson Brass – Building on success in the classroom and field.

Piece by piece. Part by part.

At age 5, Jackson Brass seemed drawn to the family vacuum.

Like something out of a Jason Bourne movie, Brass methodically took apart the vacuum. He studied each piece, how it worked and how it fit together.

Then Brass reassembled it.

Brass would do this too with his PlayStation, mostly to clean it. He would disassemble and reassemble his paintball gun.

Eventually Brass moved to Lego Mindstorm kits in which one can control and code mini robots. He joined a middle school robotics team and eventually developed a passion for cars.

“I’m a bit of a car enthusiast,” Brass said. “In a perfect world, I want to work in the automotive industry.”

Just like the family vacuum, Brass has an uncanny ability to pick apart opposing defenses on the lacrosse field,

Brass earned a lacrosse scholarship to the Illinois Institute of Technology, where he plans to major in Mechanical Engineering.

Brass’ drive made him an ideal fit for Sierra Canyon’s Student First award that recognizes excellence in and out of the classroom.

“Jackson is everything you hope for as a player,” Sierra Canyon lacrosse coach Mario Waibel said. “He leads from the front. He does that in the classroom and he does it on the field, on the sidelines, at practice. He has a great work ethic and a calm demeanor, and he is willing to roll up his sleeves and do whatever it takes.

In fact, Brass said he audited a second economics class during his free period.

“I want to see how money works and how it can work for me,” Brass said.

“I’ve put in a good amount of hours at both places,” Brass said.

Brass made several short films in his Filmmaking class and even submitted one short to the All-American Film Festival.

“YALA connected me to different paths,” Brass said. “That field trip to UCLA is where I first dove into mechanical engineering. That is where they first created Wi-Fi.”

Brass said his interest in cars piqued during trips to the L.A. Auto Show at the Los Angeles Convention Center. His uncle works as an electrical engineer for Ford, and his older brother Reginald Steven Brass is also a “car geek.”

Brass said he has interest in working on project cars, rebuilding old cars and improving their performance.

Brass said he is intrigued by the Japanese Domestic Market featuring 1990s cars from Japan and other cars from Europe like BMW and Porsche.

“I eventually want to go into the manufacturing or design aspects of cars,” Brass said. “If I am on the aerodynamic team, or the brakes team, or making components, that would be great.

“My dream job would be a Formula One engineer – that would be awesome.”

Brass said he also enjoys car movies like Fast and the Furious, The Italian Job and Baby Driver.

“Well, the first three movies of Fast and Furious, when it was still about cars,” Brass said, laughing. “Even my lock screen on my phone is cars.”

Brass did not take up lacrosse until his freshman year. Waibel said Brass left a lasting impression on him during their first practice.

“He had never played before, but he had such a quick first step that two guys fell defending him,” Waibel said. “I had never seen anyone move like that. His footwork was off the charts.

“I told him if he trusted me and if we worked together, he could reach the next level. It was the start of a serendipitous relationship.”

Brass usually is the offensive catalyst, playing as attacker or an attacking midfielder. In fact, Illinois Tech sees him as more of an offensive weapon, something usually reserved for the generational East Coast lacrosse college players.

“I’m kind of a Swiss Army knife – I can be an attacker or a middy,” Brass said.

“I had told him before that game that this was his time,” Waibel said. “Jackson stepped out in that game and said this was going to be his season. Then it got cancelled.”

Brass has helped Sierra Canyon to a 3-3 record against stiff competition, including a 16-3 throttling of Crescenta Valley on Thursday. Sierra Canyon opened the season with wins over St. Francis and Oak Park and losses against traditional powers Crespi, Loyola and Mater Dei.

“He was on fire against Mater Dei,” Waibel said. “It’s not just one thing he does. It’s kind of everything. All the intangibles between the boxes, clearing the middle of the field. There’s no highlight reel for this guy, he’s all grit. He makes everything else happen.

‘He’s the fastest kid, he’s the calmest kid and he’s a leader.”

Brass said he has tried to embrace his leadership role for Sierra Canyon and said he received sagely advice from his father Reginald Sr.

“He said 85 percent of people are followers, so when you have a couple of people stepping up to lead, the rest will follow,” Brass said. “It was just a matter of speaking up.

“I think our team has been making some statements for sure this year. We’re competing against tough teams, and we want to be a top-10 team in the state.”

Waibel said Brass has superstar talent but a humble approach that garners respect from his teammates.

“We had some building and maintenance work in our back rink, and he helped build the scorekeepers’ table and do some other things with us,” Waibel said. “And the thing about him is he is the first person to pick up the balls.

“And he always does it with a smile on his face.”