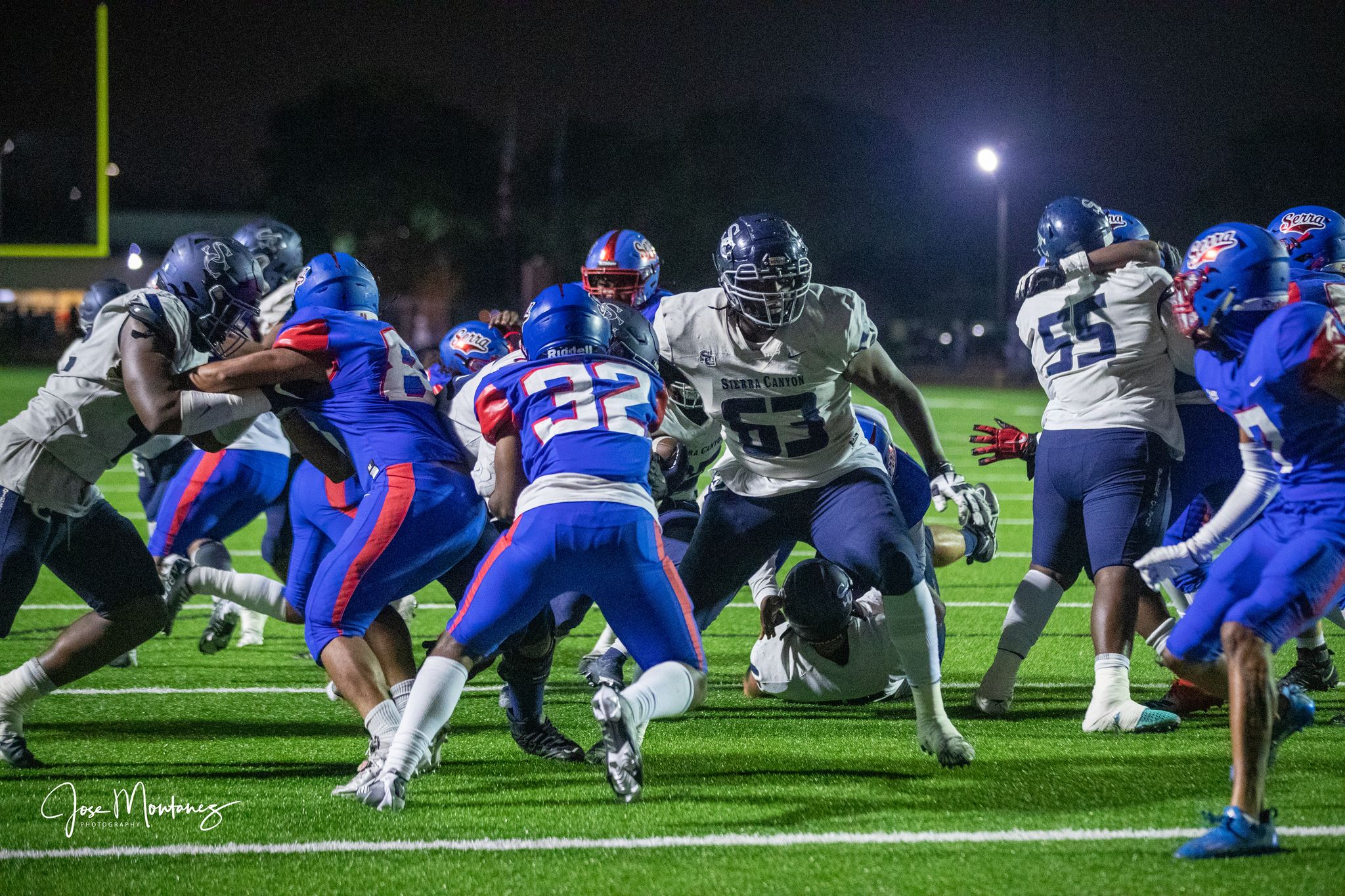 The Trailblazers led early and came back late to secure the win that squarely puts them in the picture for not only a playoff berth, but a league championship.

“So proud of the kids,” Sierra Canyon head coach Jon Ellinghouse said. “The kids stepped up and executed throughout the game to come away with a huge win for our team, our school and our fans.”

It was 21-21 early in the fourth quarter before Dane Dunn scored his third touchdown with just under two minutes remaining. The score was set up by a 41-yard run from Terrell Cooks.

Serra got the ball back with time on the clock but sophomore Jae’on Young returned a Jimmy Butler errant pass 55 yards for a clinching touchdown.

“Those two guys carried the load and the defense came up big when it counted,” Ellinghouse said.

Sierra Canyon struck first early when Ruben Gamboa scampered in from seven yards out for the only score in the first quarter.

Serra came right back with touchdowns from Rodrick Pleasant (nine yard rush) and a 14-yard pass from Butler to Z. Williams.

The lead was short-lived. Dunn found the end zone three times in the second half on runs of five, one and one.

Butler finished 19 of 30 for 258 yards, Cincere Rainey gained 87 yards on 19 carries and Williams had nine catches for 111 yards to lead Serra.

Alonzo Esparza completed 9 of 14 passes for 81 yards for the Trailblazers, Lavon Brown caught two passes for 53 yards and Xavier White recovered a fumble in the second half to help set up a Sierra Canyon touchdown.