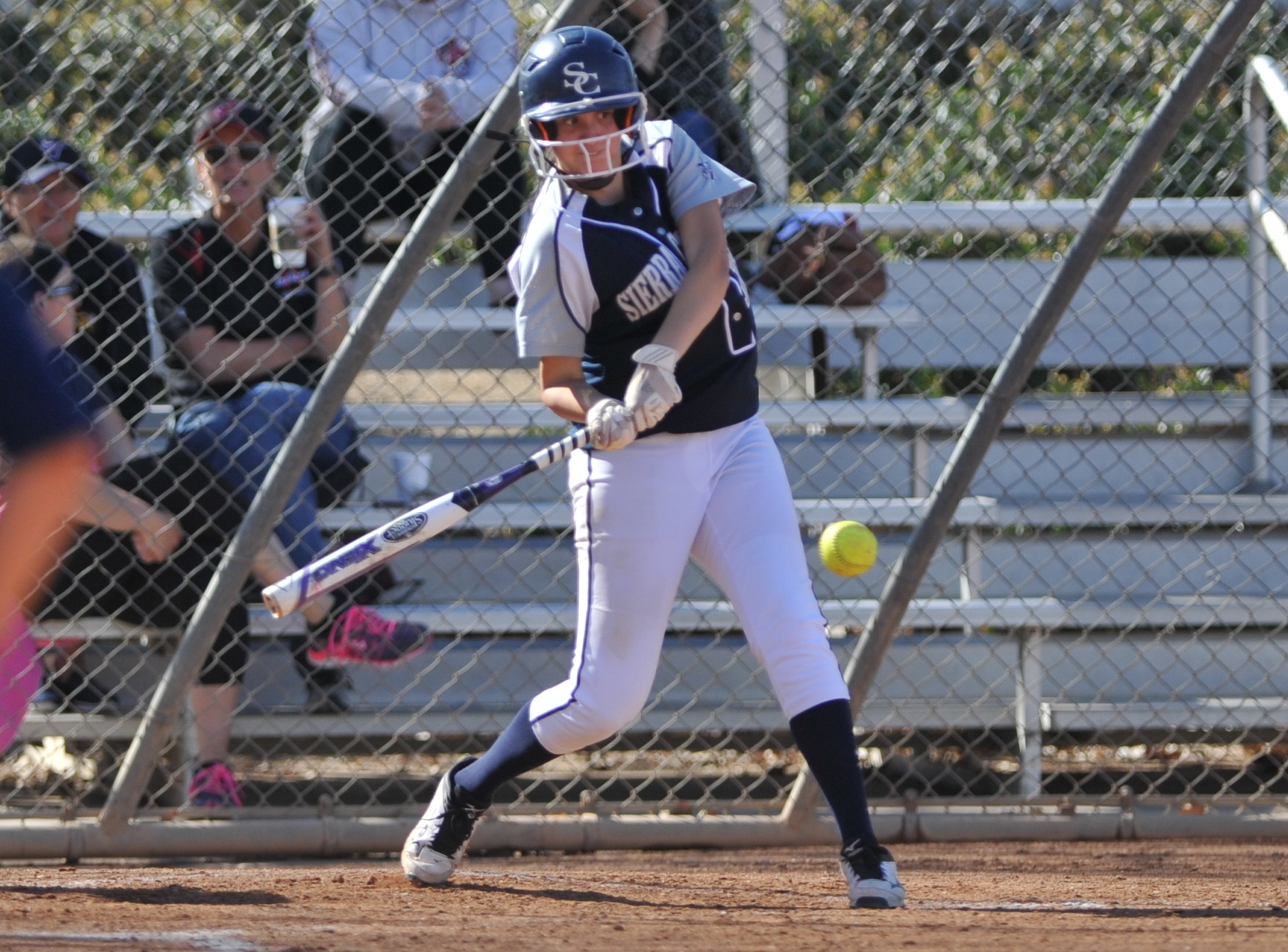 After starting out with a record of 9-0-1 in the MLK tournament and going 3-1 in The Hart Tournament, the girls softball team is on the track to winning their first league title in school history.

Last year the girls won a total of 19 games which was four wins from beating the number of wins in school history. The team’s hardest team to beat was Paraclete who got first in league. Sierra got third in league. This year the MVP of the Golden Coast league and pitcher from Paraclete is injured helping Sierra’s chances for beating their rivals and winning league. Their first league game will be on March 11 against Campbell Hall at Campbell Hall.

“These girls are bringing the program from something small into something great for not only the school, but for themselves,” Creps said.

New players Liza Gill (‘19) Jordan Pillsbury (‘19), Lauren Onelum (‘18), and Simone Onelum (‘17), are all two sport athletes by playing both softball and another sport making the team much bigger than last year. Last year the team only had the bare minimum of nine players but this year thanks to the new players the team’s roster has grown to 11 players.

“The softball experience so far has been literally one of the most amazing things I could be involved in. I am overwhelmed by the unwavering support and encouragement from all the girls despite the lack of skills I have.” Lauren Onelum (‘18) said.

The team is a close knit team who is just on the field to have fun and get better. According to Creps, who was a new coach last year, he has a three year plan in place. Last year they did well in play offs making it to the quarterfinals, this year the team hopes to win league and by next year the team will be in good enough shape to compete in playoffs and hopefully win CIF. The team plays to win but also plays to have fun and make as much progress getting better as they can.

“The support drives me to do better and push myself harder. This is one of the most inclusive and kindest group of girls I have ever experienced and I am so lucky and grateful that I get to be on a team and play with them,” Lauen Onelum (‘18) said.