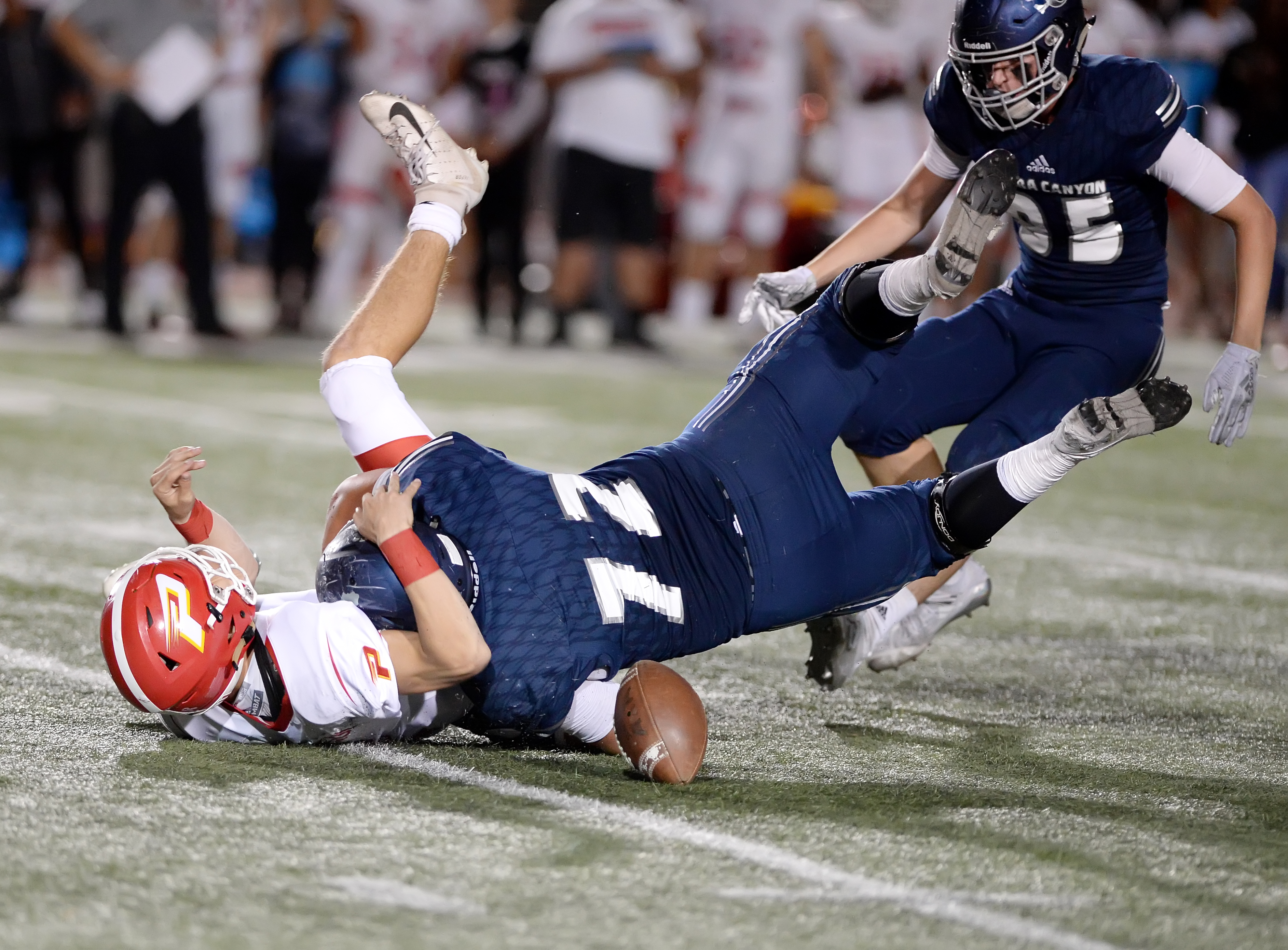 The Gold Coast League football championship is right back where it belongs.

In Chatsworth at Sierra Canyon. The Trailblazers had a dominant performance Friday night against longtime rival Paraclete and came away with an impressive 49-14 victory at Pierce College in Woodland Hills.

All hands were on deck for the league title game and nearly everybody contributed in some fashion.

E.J. Gable, Hunter Williams and J.D. Sumlin led the rushing corps and sophomore quarterback Chayden Peery was effective to lead Sierra Canyon. The Trailblazers (7-3, 1-0) had great field position all night and received an interception from sophomore D.J. Harvey to add to the domination.

Sierra Canyon started fast and set the tone in the first 12 minutes taking a commanding 21-0 lead. Williams rushed for a 22-yard touchdown, Gable scampered in from seven yards out and Williams again found paydirt from 20 yards out.

Paraclete was shocked and stunned. Things didn’t get better for the Spirits. Gable scored from three yards out and Peery connected with Jared Staub for a 53-yard touchdown pass. It was 35-0 late in the second quarter and it was over.

The showdown between two of California’s small-schools juggernauts never materialized.

One small issue Sierra Canyon wants to clean up before next week’s Div. 3 first-round playoff game will be penalties. The Trailblazers were flagged 13 times for 100 yards.

Sierra Canyon is expected to receive a top-four seed when the brackets are announced Sunday.