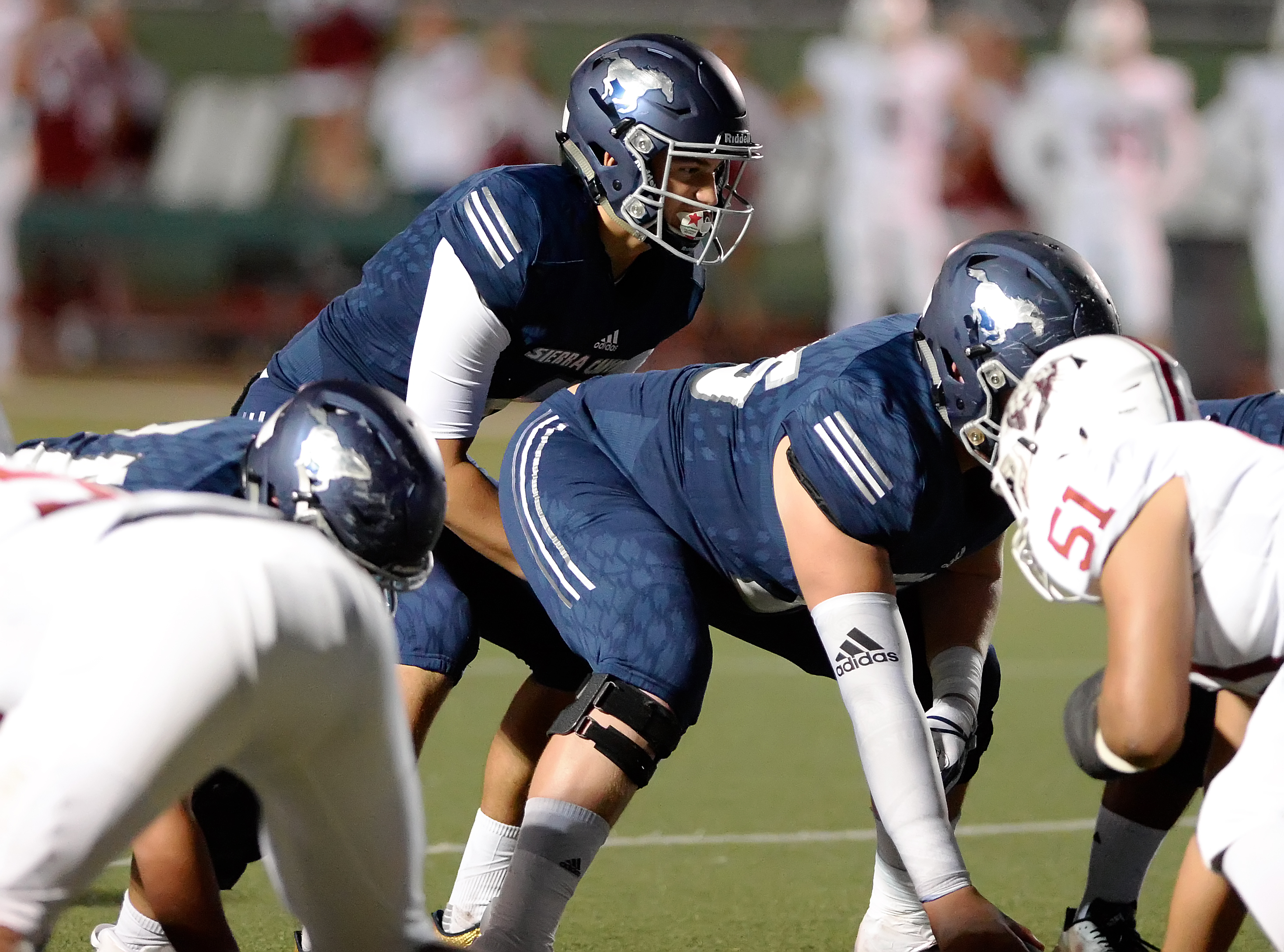 Trailblazer’s Use Strong First Half to Coast to Easy Victory

The Sierra Canyon Trailblazer’s (5-1) crushed the Paso Robles Bearcats (1-4) 41-3 on a beautiful fall evening at Granada Hills Charter High School. Similar to the prior week’s big win against Redondo Union (2-3), Sierra Canyon jumped out to a first half lead and never looked back. The unusual Saturday night game didn’t impact the team or the strong showing of Sierra Canyon fans who attended the game.

Sophomore running back Hunter Williams continued his dominance near the goal line, carrying the ball three yards into the end zone for the game’s first score. Shortly after, senior wide receiver Vincent Lightner caught a 10-yard pass from freshman quarterback Chayden Peery, extending the lead to 14-0.

As the first quarter came to a close, freshman quarterback Chayden Peery showed off his speed and agility during a dazzling 10-yard run for the Trailblazer’s third touchdown as his receivers were covered and he was forced to improvise on the move. This was only the beginning of a magnificent night for the young quarterback as the first quarter closed with the score 21-0 and the Trailblazers comfortably in the lead.

Chayden Peery finished with an almost perfect game, helped by the amazing blocking of his offensive line and the talented offensive weapons at his disposal. He finished the night hitting on 12 of 14 passes for 240 yards and 2 touchdowns. He added another 12 yards rushing, racking up another two scores.

This was by far the best game of Peery’s young career, where he showed off his ability to throw long passes and bring all-around versatility to the quarterback position. He completed a long pass play to Lightner for a 79 yard touchdown and also completed a pass to senior wide receiver Daniel Kamulali for an additional 53 yards during the game.

“I thought I played well”, said Peery. “But those incompletions could’ve been completions.”

The defense continued its steady play, sacking the Paso Robles quarterback three times and recording three turnovers. The Bearcats completed less than 50 percent of their pass attempts and the Trailblazers’ stingy defense only allowed 100 yards rushing on more than 25 carries.

The coaches were very happy with the way the team played again this week. They thought every position did their job and viewed it as a complete team win.

“I thought we played a good all-around game.” said coach Jon Ellinghouse. “We came out and we played physical, we played solid defense, and those opportunities led to scores by the offense.”

The only downside from Friday night’s game seemed to be the amount of injuries suffered by the Trailblazers. They will need to take advantage of this week’s bye to heal and prepare to face Calabasas, possibly the toughest opponent of the year.