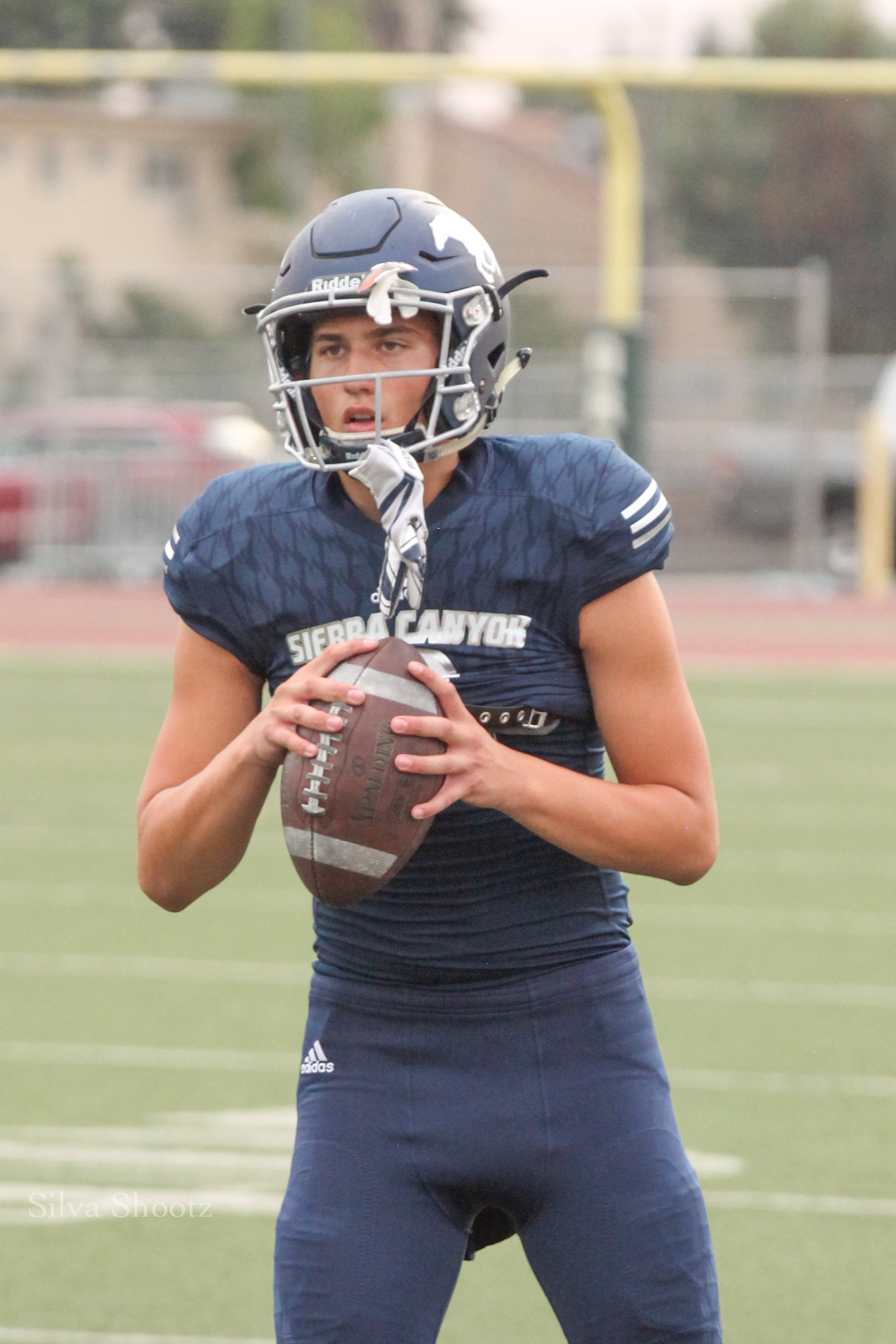 Sierra Canyon Turns Out the Lights on the Toreadors

Offense and Defense Shine in Win

As the third quarter came to an end with Sierra Canyon (3-1) leading the Taft Toreadors (1-3) 53-0, the Taft stadium lights decided that they had seen enough and turned off without powering back on, ending the game early in a blowout win for the Trailblazers.

Starting with the opening kick-off, Sierra Canyon dominated in all phases of the game, capping off a perfect first quarter by scoring 39 unanswered points with sophomore running back Hunter Williams accounting for four rushing touchdowns during the first 12 minutes.

“It was a great feeling,” said Williams on his four scores. “But it wasn’t just me, it was a complete team effort. I just had the opportunity to carry the ball into the end zone for the team.”

Freshman Chayden Peery continued where he left off against Grace Brethren last week, starting fast and impressing again at the quarterback position. In his first career start for Sierra Canyon, he completed 8 of 12 passes for 196 yards. Peery looked settled and showed poise and confidence leading the offense in the victory.

“Last week I found out that I could play and compete at the varsity level and make an impact,” said Peery. “I watched a ton of film and came prepared.”

Peery completed another pair of spectacular, long passes against the Toreadors, including a 64 yarder to Corey Jones to start off the game followed by a 49 yard pass to JJ Hernandez in the second half.

The Trailblazers’ defense had another big week as it held the Taft offense to less than 40 rushing yards and put constant pressure on quarterback Ryan Heath, which resulted in bad throws and a completion percentage that was well under 50 percent.

Ronald Kamulali intercepted a pass from Heath and returned it for an 82 yard touchdown and the front seven lived in the Toreadors’ backfield all night, recording multiple sacks and tackles for losses that resulted in two fumble recoveries.

Coach Ellinghouse was pleased with the way the team played and executed on both sides of the ball.

“We came out and we played well,” said Ellinghouse. “I thought we executed at a high level on offense and played great defense.”

This week’s game will likely provide a stiffer challenge for the Trailblazers as they visit Redondo Union on Friday night, playing against the team they eliminated in last year’s playoff quarterfinals in triple overtime.