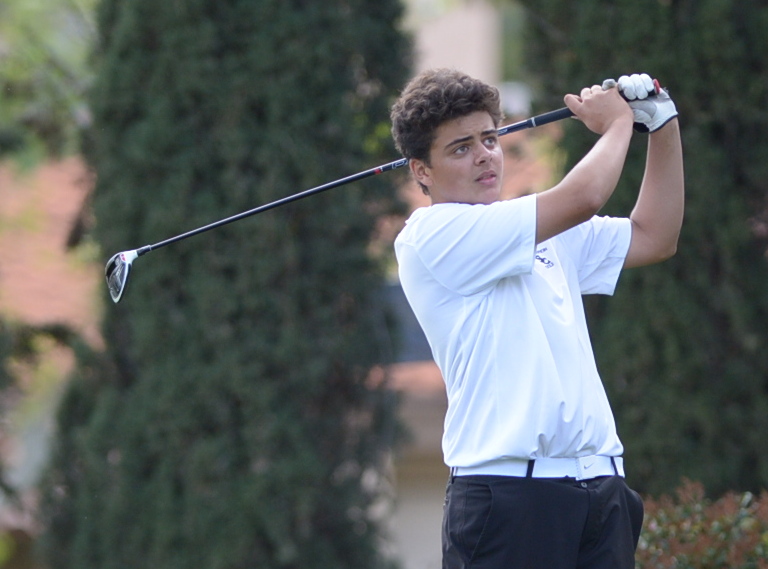 Underclassmen stepping up for golf team

As the golf team enters a new season, the team hopes to use its several top underclassmen players to rise through the four ranks in CIF. The team finished third in pre-CIF ranks last year.

“I’m very excited about this year’s team. We have full support from school administration and the athletic department. The difference this year from previous years is depth [of skill],” coach Michael Low said.

This year, underclassmen Charles (‘19) and Christian (‘19) Chitty, Alec Arouh (‘19), and Antonio DeFrank (‘19), give the team an improved chance at CIF, according to Low. Another player helping the team reach their goal is Kyle Kanter (‘17).

“I feel I’ve improved the team because I’m really competitive… I bring a positive attitude to the team, I don’t really say any negative things,” DeFrank said.

The team has a home game March. 2 against Paraclete, an away game at Crossroads on March. 8 and at Viewpoint on March. 16, and another home game against Campbell Hall on March. 23.

“A lot of our players last year that were on the lower end of the team, they’ve really stepped up and they’re starting to play a lot better. Our [fifth and sixth ranked players], now they’re starting to compete with twos and threes, and our team is becoming overall better and we’re looking a lot more competitive,” team captain Luke Winfield (‘18) said.