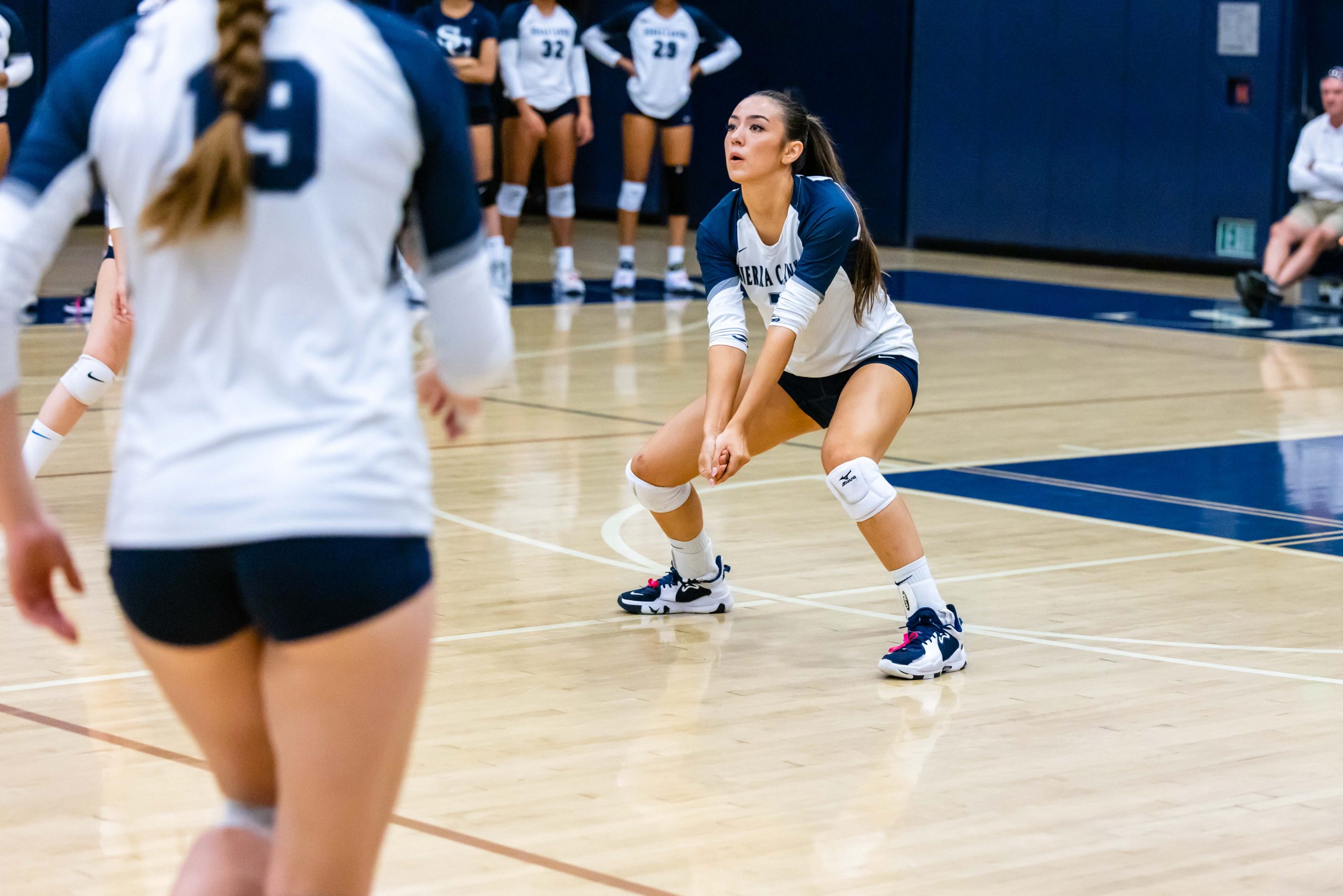 The Sierra Canyon girls volleyball team started its Division 1 playoff run on the right foot Wednesday night with an easier than expected 25-19, 25-9, 25-12 sweep against Newport Harbor.

“The team stepped up and was focused tonight,” Sierra Canyon head coach Stefanie Wigfall said. “I think they know what’s on the line. It’s time to really go now.”

“Olivia is such a steady force,” Wigfall said. “I am glad she is on our side each night.”

Saide Illawole had 36 assists, setting up Jaida Sione, Maddie Way and Babcock all night long. Lauren Lynch, a sophomore, added 14 digs and two aces. Lynch is one of the unsung heroes for the Trailblazers.

“Lauren gets to balls regular kids couldn’t get a hand on,” Wigfall said.

After a competitive first set, Sierra Canyon (30-4) trailed early in the second set. However, a 12-2 eun restored order and broke Newport Harbor’s spirit.

Newport Harbor head coach Andrew Mabry used his timeouts quickly but it didn’t work. Newport Harbor was held to just nine points in the set and after a brief meeting outside before the third set, things didn’t get better.

The Trailblazers host Huntington Beach on Tuesday and a victory would most likely set up a huge final pool-play match against Mission League-rival Marymount on Saturday with the winner advancing to the Southern Section championship match on November 5th at Cerritos College.

“That’s our goal, that’s where we want to be,” Wigfall said. “Most important thing is Tuesday first. One match at a time.”