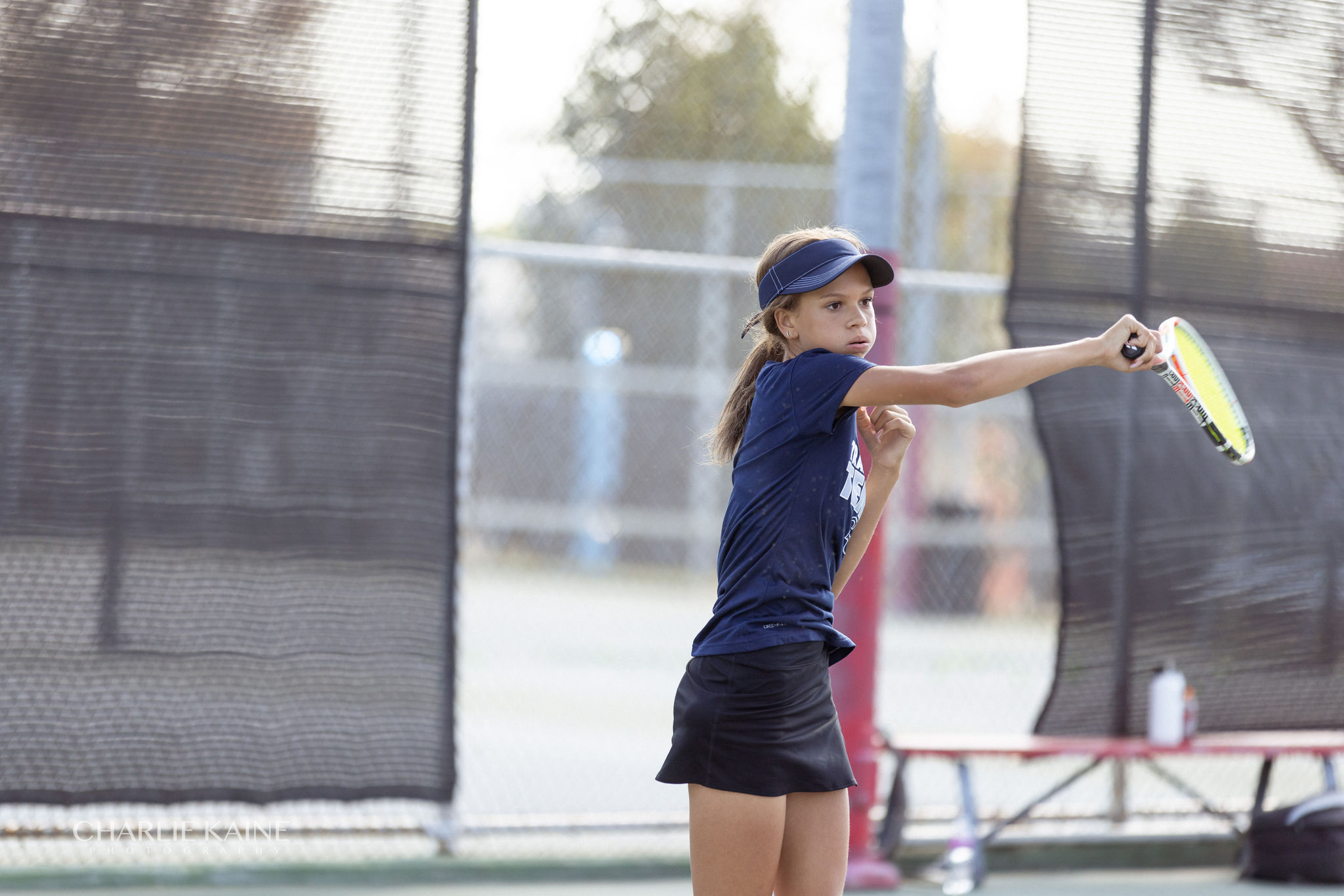 There is no doubt the future is bright for the Sierra Canyon girls tennis program.

And a big reason for that is and will be freshman Lyric Wilson.

Wilson turned in the greatest single season performance in school history this past fall with an astonishing 31-1 record. Wilson helped lead the Trailblazers to a share of its first ever league (Angelus) championship and a team playoff berth in the Southern Section team championships.

“It was so much fun to be on a team and all work toward a common goal,” Wilson said. “We want to gain more respect, keep winning league championships and move up.”

Wilson dominated the league competition, being selected to the first team and was runner-up for the MVP award. Wilson qualified as the number 2-seed for the Southern Section individuals tournament. Wilson also won 6-0, 6-0 as the number 1 singles player in the school’s first ever team playoff match.

“I am a very aggressive player on the court and have a big forehand that helped me throughout the year,” Wilson said. “My plan is to improve and go to college,”

Wilson doesn’t just excel on the court. Wilson is great in the classroom and great with her teammates.

Wilson was awarded the Angelus League scholar athlete honor, was voted team MVP along with Betty Chen and won the team veteran award.

“She did a wonderful job and is an incredibly talented tennis player,” coach Rajeev Datt said. “She is a leader by example and a pretty tough cookie.”

Wilson’s plan is to go to college but she may have a future to make a living playing tennis.

Her track is currently on a college to pro path as she qualified and competed in the USTA 14-under nationals in Orlando, Florida.

Wilson also attends the TMX Academy in Burbank everyday after school and travels around the country on the USTA junior circuit.

“I think any college coach would love to have her,” Datt said. “She will help any program.”