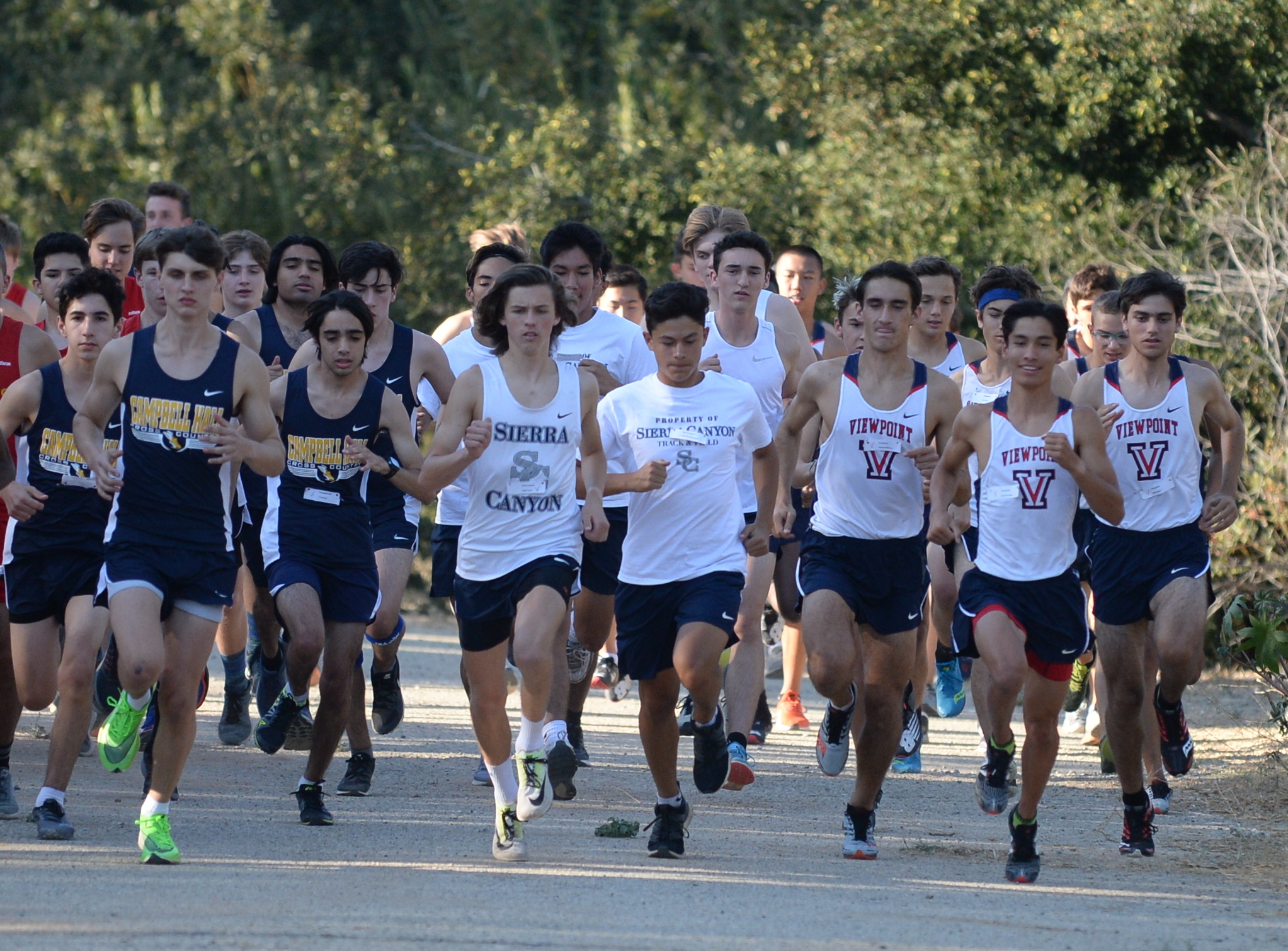 Samuels added: “Aidan came in as a freshman and lacked some confidence. Now he competes at his best. It’s been great to watch his progression.

Jones recently won his first ever Gold Coast League race against the likes of Brentwood, Campbell Hall, Viewpoint, Crossroads, Windward and Paraclete. Jones also finished ninth in the Woodbridge Invitational. There were nearly 300 runners in the competition.

“I am now seeing big improvements over the years due to my summer training, and my understanding of how to race better,” Jones said. “Personal goals are great, but In want our team to do well. We can win this year.”

Sierra Canyon has a legitimate chance to do some damage in league, southern section and state competition.

“The goal this year is to finish in the top three in our league and advance to the section prelims,” Jones said. “We would be the first team from Sierra Canyon ever to do so.”

For Sierra Canyon to have team success it will take individual success from Jones to help make that happen. Jones thinks he has a great chance to do well and help the team.

“My personal goals this year are to run the Mt. Sac Invitational in under 16 minutes and finish in the top eight at the California state meet,” Jones said.”

Samuels is confident in Jones being his senior leader this year.

“Aidan is poised to compete for the individual league championship and gain a berth to the state championships,” Samuels said. “Aidan now looks forward to the challenges of the big races and has become a great tactical runner.”

Jones has some races to tune up for the November gauntlet of league finals, section prelims and finals and state finals.

The Clovis Invitational near Fresno is Oct. 12th and the Mt. Sac Inv. is Oct. 25th. There are also league meets sprinkled in during the weekdays.