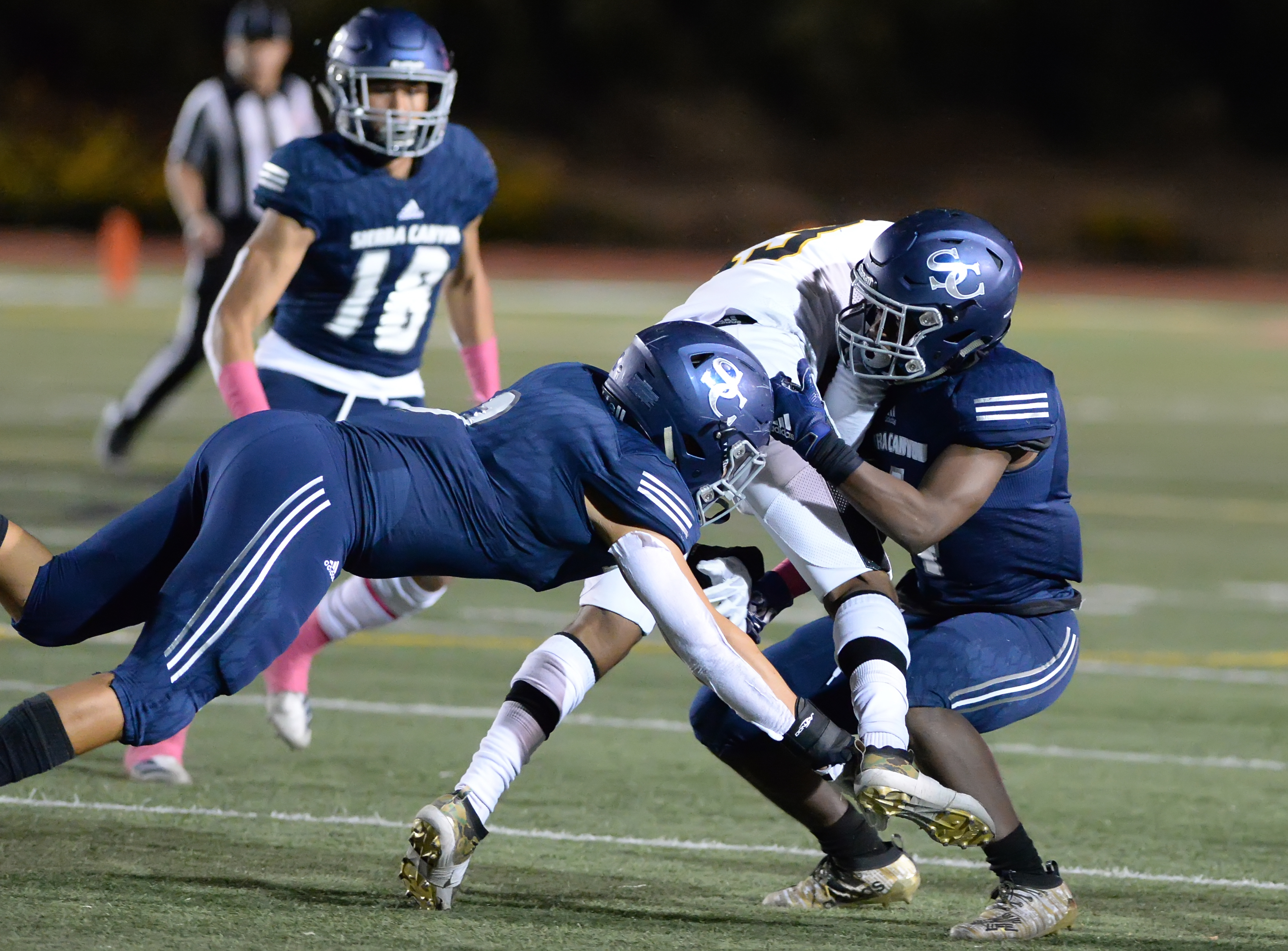 The appetizers are done.

Sierra Canyon football is now ready for the main course. After getting through its first eight games with a record of 7-1, the Trailblazers now play their two most important regular season games of the year, and then playoffs.

Sierra Canyon has done what it has needed to do thus far. The Trailblazers now get a crack at unbeaten Grace Brethren at 7:00 p.m. Friday night at Moorpark College and the following week take on Paraclete at 7 p.m. at Antelope Valley College for the Gold Coast League championship.

“We like where we are at,” Sierra Canyon coach Jon Ellinghouse said. “The defense is great and the offense is getting better.”

Sierra Canyon has beaten Westlake, Lawndale, Valencia, St. Paul, Bakersfield, Crespi and San Pedro. The only blemish is a tough 21-14 setback against Oaks Cristian after leading 14-7 in the fourth quarter.

“They blow people off the line,” Ellinghouse said. “We have to bring it and bring it hard.”

Sierra Canyon has won all three previous meetings with the Lancers, including a 35-0 blowout in 2017. However, last year’s game was 20-16 and not decided until the final minutes. That said, Grace Brethren comes in as a slight favorite after its 56-28 victory against Oaks Christian early in the year.

Chayden Peery, who threw for 303 yards on 11 of 15 passing in last week’s 40-7 thrashing of San Pedro will look to continue his mid-season resurgence and has a plethora of receivers to help him.

D.J. Harvey, Donovan Williams and Micah Robinson are ready to catch balls and run to paydirt.

Sierra Canyon is on the borderline for the Div. 1 playoffs. Winning the next two games could mean a date with Mater Dei or St. John Bosco. Div. 2 is a possibility as well. The Trailblazers would be favored to capture its fifth sectional title.

Don’t miss the next two games!!!