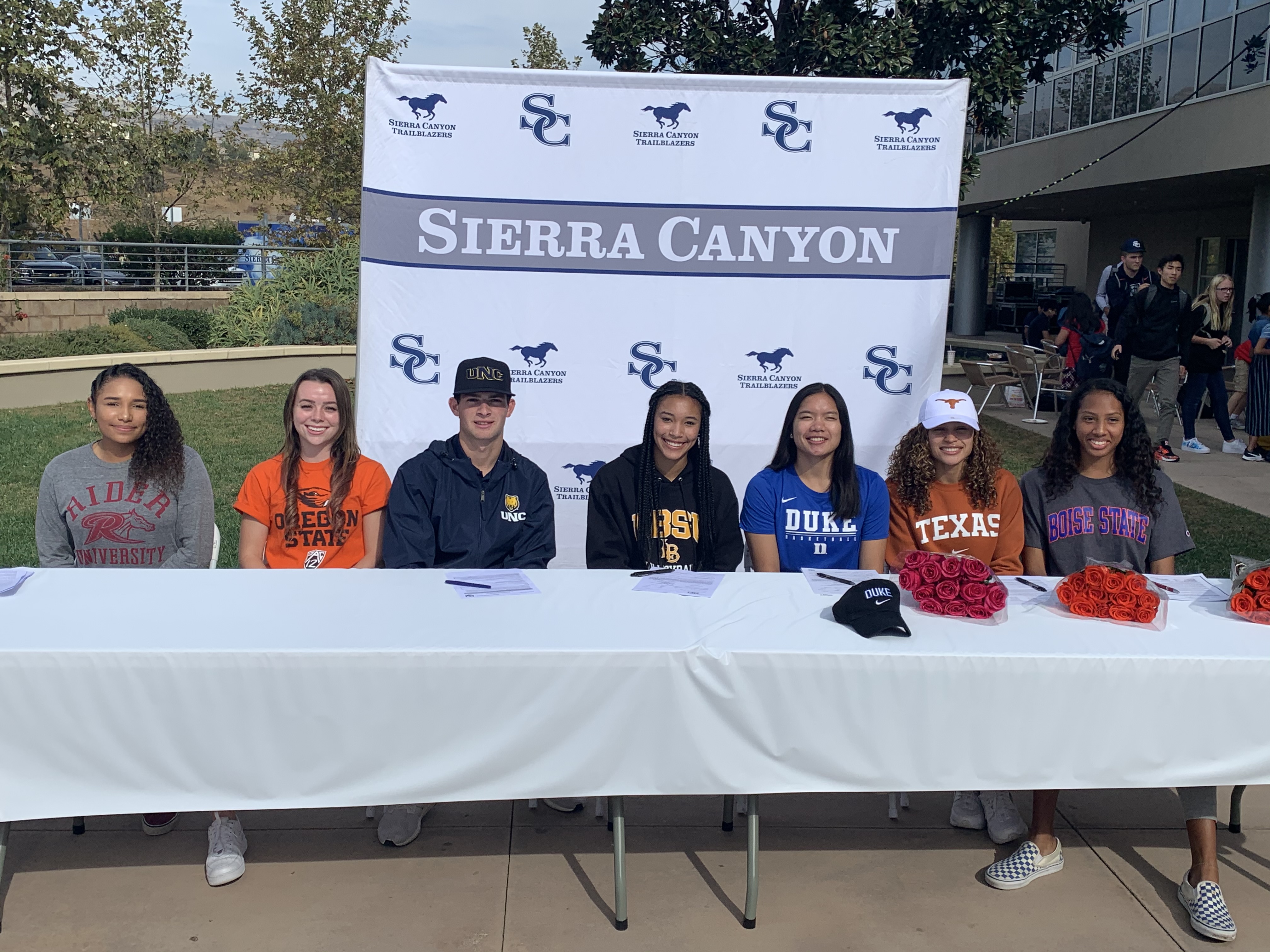 It was another successful Fall signing period for Sierra Canyon athletes. Six student-athletes signed National Letters of Intent Wednesday in a small ceremony at lunchtime on the school grounds. Three boys basketball players will sign next week.

All are looking forward to college, but hope to lead their teams to championships in their final high school year.

Brandon Boston and Terren Frank are expected to sign with Kentucky and Texas Christian, respectively next week. Ziaire Williams is choosing between North Carolina, Arizona, UCLA and Stanford.

All three players are ranked in ESPN’s Top 50. Boston and Williams inside the top 10. The trio is hoping to help lead Sierra Canyon to an unprecedented third consecutive Open Division state championship.