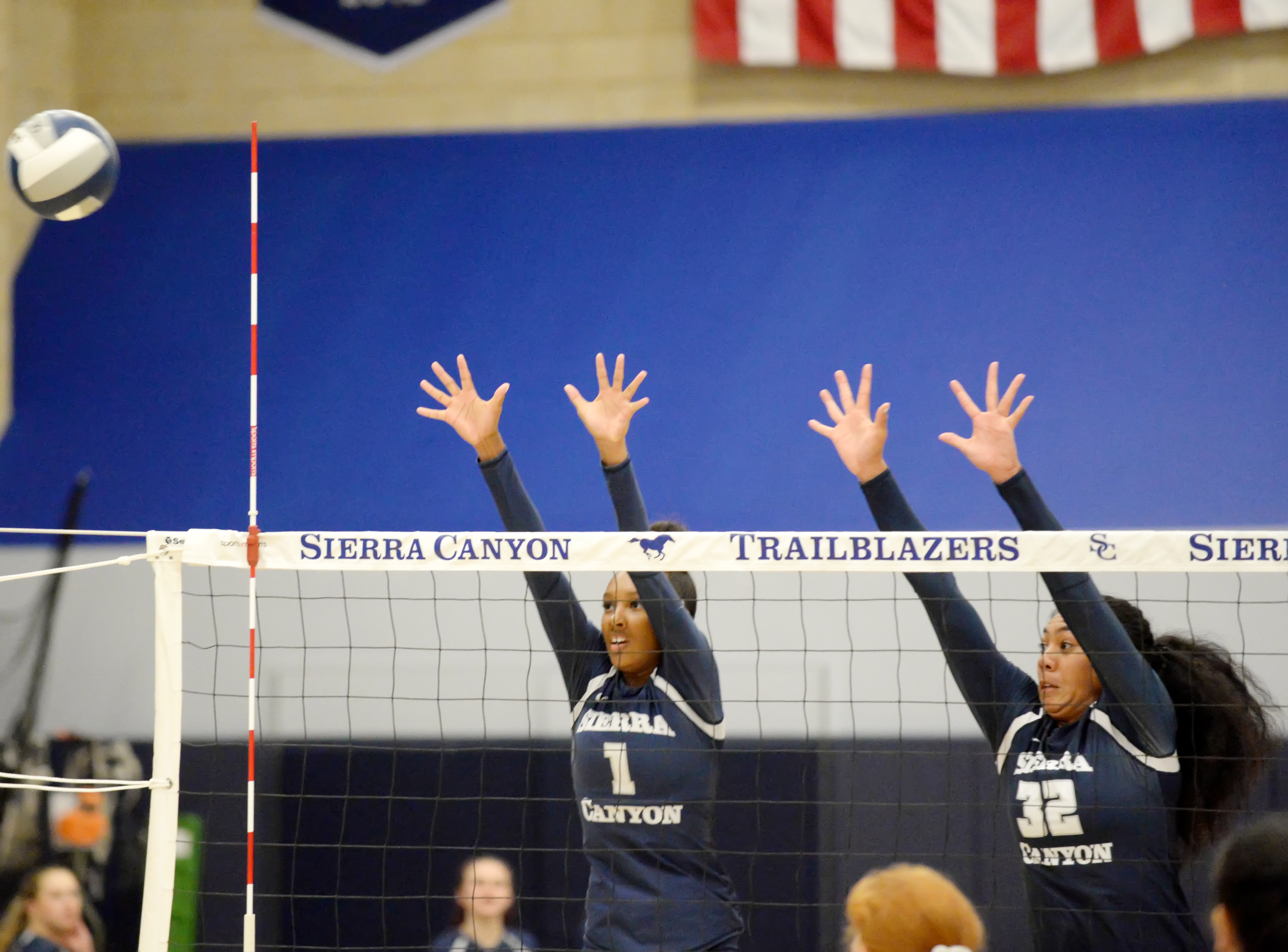 The Sierra Canyon girls volleyball team got back to business Tuesday night in a Div. 1 first round state playoff match.

After losing in the Southern Section Div. 1 semifinals more than a week ago against eventual champion Redondo Union, the Trailblazers finally took the court again and showed no rust in a 25-14, 25-16, 25-20 sweep against Esperanza.

The top-ranked Trailblazers received contributions from up and down the roster.

Nala Henderson, Montgomery and Alexa Horwitz combined for 10 aces for the Trailblazers.

Sierra Canyon thought it would be placed in the Open Division bracket, but was pleasantly surprised to see itself as the top seed in Div. 1. The number 2 seed is Foothill, a team the Trailblazers beat in four sets to win its first-round match in the section playoffs.

Sierra Canyon is now 35-3 overall this year and will host Long Beach Poly at 6 p.m. Thursday in the second round. The regional semifinal and championship match loom Saturday and Tuesday before a possible state championship match is scheduled for Nov. 22 at Santiago Canyon College in Orange County.