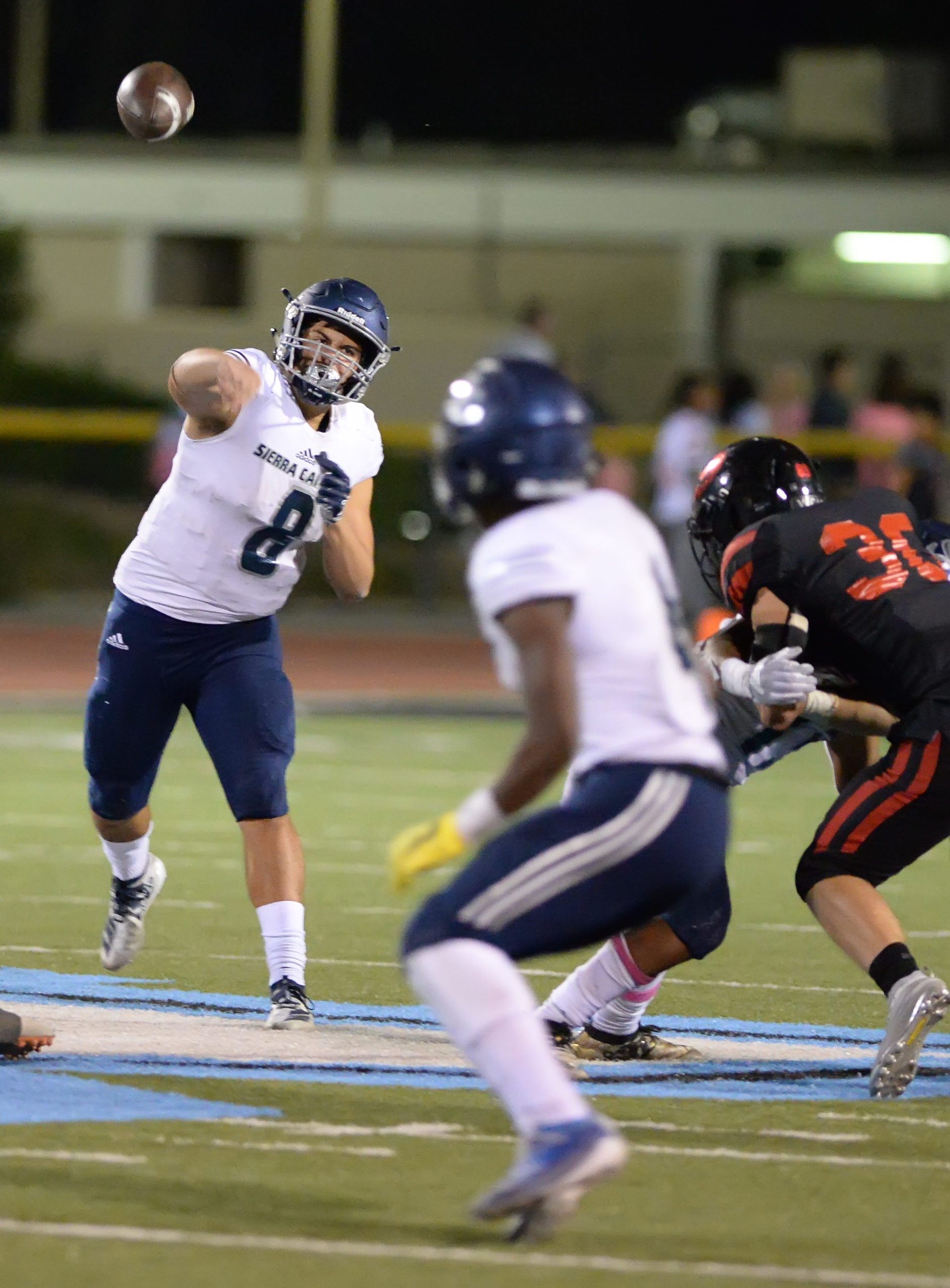 CALABASAS – The Sierra Canyon football team finally got its shot against a team from the Trinity League. The Trailblazers did not play Mater Dei or St. John Bosco, but instead made the most of its chance against Santa Margarita in a 35-21 Div. 2 first-round playoff victory at Calabasas High.

“It’s another feather in the cap to beat a Trinity League team,” Sierra Canyon coach Jon Ellinghouse said. “We hope to schedule teams from that league in the future. More importantly, we won the game and can now focus on the next round. Santa Margarita was only 3-7 coming in, but easily could have a much better record if it didn’t play in that league.”

Chayden Peery completed 19 of 29 passes for 271 yards and three touchdowns to lead Sierra Canyon (10-1). Peery set the tone early with a 67-yard scoring strike to Donovan Williams on the second play from scrimmage.

That woke the Eagles up.

Nick Barcelos had a 3-yard touchdown run and Colt Fulton connected with Ian Grogan for a 66-yard touchdown pass. Suddenly, Santa Margarita took a 14-7 lead in the second quarter.

That woke the Trailblazers up.

Quatro Sumlin caught a 25-yard touchdown pass and Brendon Gamble rumbled in from 30 yards out for another score to put Sierra Canyon ahead 21-14 at halftime. Gamble literally ran over three defenders on his way to the end zone.

“Brendon really ran the ball well tonight,” Ellinghouse said. “He ran with a purpose. That was nice to see. That’s the effort we need.”

Fulton was 18 of 40 for 274 yards to lead Santa Margarita. Fulton threw touchdown passes of 66 and six yards to Grogan and Tyler Wetmore, respectively.

Barcelos gained 70 yards on 21 carries and a touchdown.